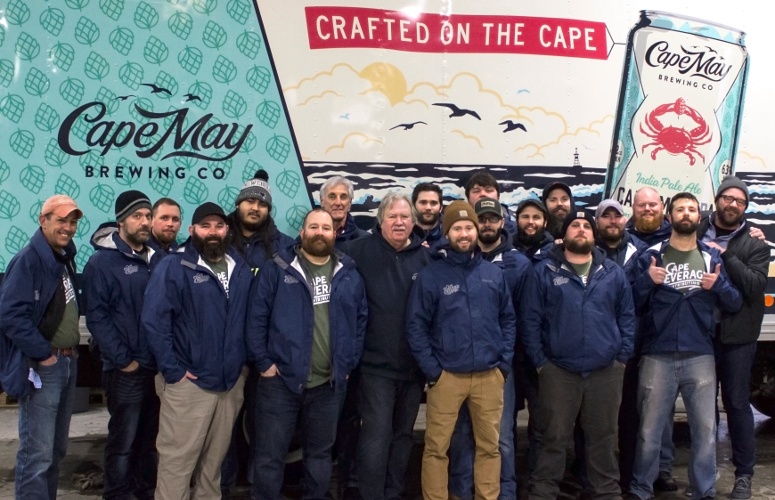 “This is the culmination of seven years of self-distribution success,” says CEO Ryan Krill. “We’ve always been proud of our sales team and distribution arm, so Cape Beverage is an extension of many things that we already do well while opening a wide range of possibilities, including distributing a number of other breweries.”

Alongside all of the Cape May Brewing Company brands their fans have come to know and love throughout the years, Cape Beverage will carry the offerings of other breweries, with a long-term goal of having a full line of well-respected, carefully-curated breweries, cideries, meaderies, and wineries in their portfolio.

The intent of Krill, Henke, and Krill is to approach distributing from a new perspective. Instead of collecting as many brands as possible, Cape Beverage’s portfolio will be carefully curated, selecting only brands which complement and extend the marketability of the group’s existing brands.

Cape Beverage will be distributing throughout Cape May Brewing Company’s current distribution footprint — primarily the 18 southernmost counties of New Jersey — with expectations to expand throughout the other three counties in 2019.