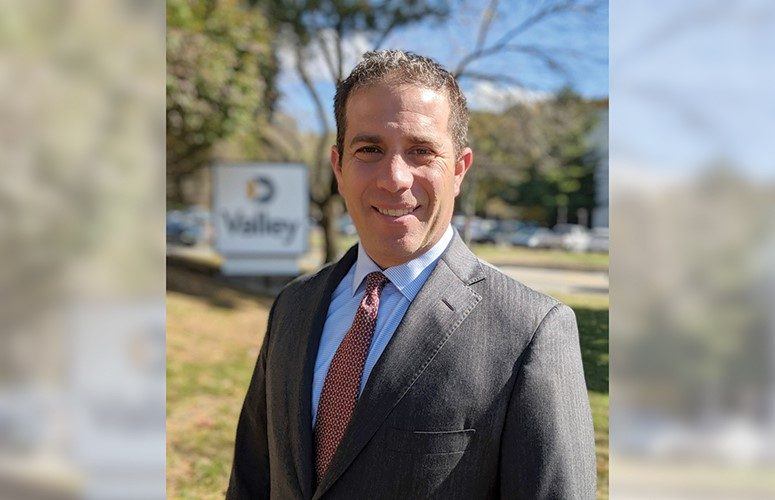 Valley Bank's President and CEO Ira Robbins is at the helm during a period of enormous change for both his institution and the banking industry at large.
Banking / Financial

Can a Bank Be Bigger and Better – But Not Impersonal?

New Jersey’s Valley Bank strives for customer relationships in the midst of a merger and a digitally-centric world.

Wayne-based Valley Bank this week officially unveiled its signage at the headquarters of the bank it recently acquired: Oritani Bank in Bergen County’s Washington Township.

Among a bevy of new banking products and services offered via the merger, Oritani’s 70,000 customers now have access to Valley’s technologies ranging from sophisticated fraud alerts and electronic bill paying, to purchase cards and an overall enhanced online and mobile banking experience, for example.

Such bank acquisitions are arguably a sign of the times: Smaller banks increasingly lack the vast economies of scale that larger banks possess, and they specifically struggle to remain current with expensive cutting-edge technologies and associated cybersecurity protocols. Additional pressures often surround the costs of complying with ever-complex and demanding anti-terrorism/anti-money-laundering regulations.

Yet, Valley Bank’s President and CEO Ira Robbins makes a distinction between his bank – a large, regional bank (in fact, the largest bank headquartered in New Jersey with more than 230 total branches across multiple states) – and the money center banks of the world.

He tells NEW JERSEY BUSINESS: “The large, money center banks look at everyone as if they are a ‘bank in a box.’ Everyone either hits metrics [for loans], and either qualifies or doesn’t qualify.”

Robbins says, in effect, that he wants to strike a balance: “It is intently important for New Jersey and for New Jersey’s future to have a local, large regional bank that is able to look at a relationship [with a customer], while still providing the analytics and state-of-the-art products and services.”

Robbins is at Valley Bank’s helm during not just a sweeping and ongoing technological revolution affecting nearly every sector, industry, business and person in much of the world, but at the beginning of 2018, he took over from Valley president and CEO Gerald Lipkin, who retired following 42 years at the bank.

Valley Bank has since rebranded from “Valley National Bank” to merely “Valley”; modernized its logo; appointed a relatively young, seemingly tech-savvy Mike Hagedorn as CFO; and added new products and services to its line-up as it targets a younger generation who in part have evolving technology expectations.

Robbins broadly concludes, “There is a significant amount of digital disruption that’s impacting the banking industry, today.  That disruption is going to have an impact on the consumer experience, and on the commercial customer experience.  It is important that there are organizations like Valley that are forward thinking as to how we think our value proposition is to the community, to make sure that we are looking at the digital disruption as being an opportunity for growth – as being an opportunity to serve our customers better; to serve our communities better.”