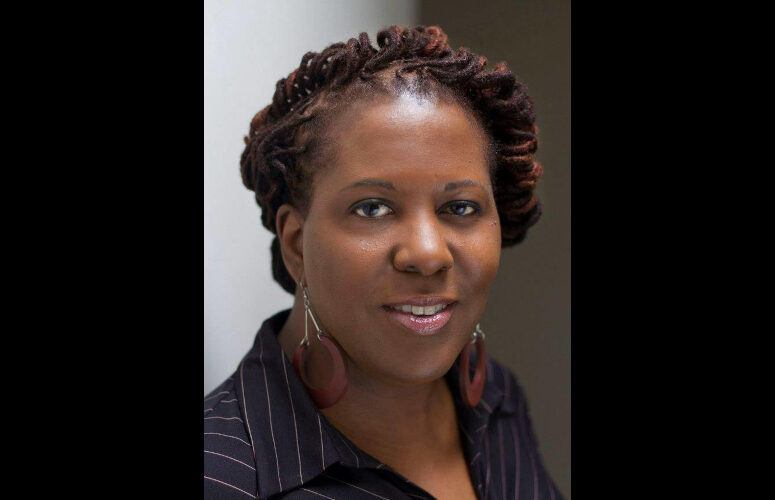 Karen Brown Stovell, who for more than a decade has worked with Newark entrepreneurs creating programs to spur the local economy, has been named associate director of the Fiserv-Rutgers-Newark Program for Inclusive Innovation.

In her new position, she’ll work with the Rutgers-Newark community and Fiserv Inc., a financial services technology leader that has partnered with RU-N to diversify the financial tech field by providing opportunities for students and local business owners.

“I’m beyond excited to manage the partnership between Fiserv and Rutgers Newark, which ranks highest among schools in the Northeast for the diversity of its students and faculty,” she said.

Brown Stovell, a Newark resident, said the job allows her to expand her mission of “developing businesses with a purpose.’’

“What gaps will we fill? Who will we help?” asked Brown Stovell, a Rutgers alumna who graduated from Douglass College with a major in journalism. “I’m ecstatic to be here.’’

The Fiserv RU-N Program for Inclusive Innovation is a multi-faceted initiative designed to leverage diversity to drive innovation in the financial technology industry. It will provide annual scholarships for undergraduate students over a five-year time span, support career development, provide mentorship to prepare students for internships and jobs, and establish a research and incubation space for the RU-N and local business communities. The center is slated to open officially in 2023.

Brown Stovell has been executive director at the non-profit Forward Ever Sustainable Business Alliance, where she created the city’s first shop local effort, the Shop Newark Property Tax Rebate Program. Over the years, she has worked with many business owners and city entities, designing programs to boost economic growth, including many events for vendors and small businesses.

In addition to her work with Forward Ever, she is also a co-founder of Impact Hub NY Metro; a global network of locally-founded and operated impact innovation incubators, accelerators, coworking spaces, and nonprofit organizations that collectively own and govern Impact Hub Company.

Rutgers-Newark Provost Jeffrey Robinson, a professor at Rutgers Business School and academic director of the school’s Center for Urban Entrepreneurship & Economic Development, praised Brown Stovell as a perfect fit for the job.

“Karen Brown Stovell’s experience in business, entrepreneurship, sustainability, mentorship and business acceleration makes her uniquely qualified to lead our Rutgers Newark partnership with Fiserv,’’ said Robinson. “Our corporate partners at Fiserv are looking forward to working with her and our faculty and staff will learn how her collaborative approach will benefit our campus. “

As a self-described “data geek,’’ Brown Stovell has spent the last several years connecting the dots in Newark’s economic development ecosystem, using data to solve problems. She is excited to see where the research leads in her new role, she said.

In addition to her position within Forward Ever, Brown Stovell has served as marketing director at the Newark Urban Enterprise Zone, where she played a major role in growing Newark’s small business participation in the statewide program. Prior to that, she worked as a grant administrator and aide in the Jersey City mayor’s office.

Before taking a position in local government, she was the political finance director for both Senator Cory A. Booker and the late Jersey City Mayor and later Senator Glenn D. Cunningham during their mayoral campaigns.

She began her career in corporate sales at Xerox, later moved to AT&T and then to Headstrong, a boutique IT consultancy where she was a project lead for JP Morgan’s Customer Relationship Management (CRM) system conversion for the private bank.