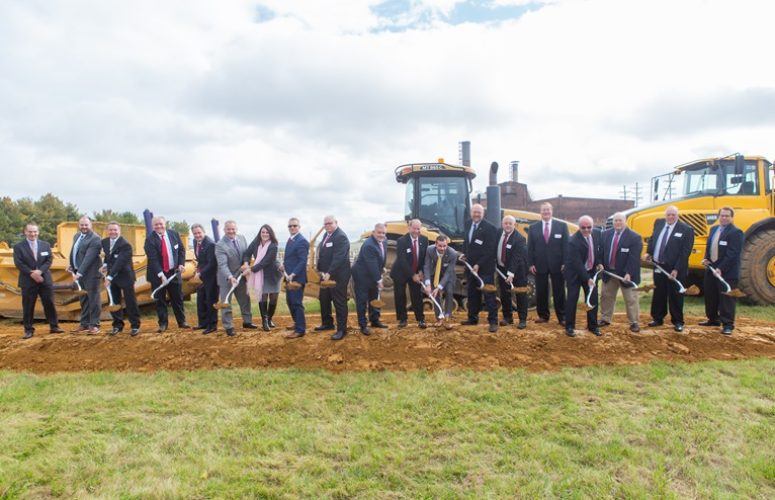 “We stand here today at a turning point for both the Town of Phillipsburg and Lopatcong Township,” said Mayor Ellis. “We are at the start of a rebirth of the economic vitality of our towns. Coming are construction jobs for our residents. Coming are permanent jobs in warehousing and transportation of goods. Coming is remediation of environmental problems on the site. Coming are ratables that make our town more affordable for residents.”

Bridge Point 78 is expected to create thousands of jobs in the region through construction and logistics operations at its buildings, filling a void that was left after the departure of Ingersoll Rand’s manufacturing operations from the site nearly 20 years ago. Before its closure, the plant produced steam condensers, rock compressors, and nuclear submarine pumps during both world wars, contributing to the nation’s industrial growth. Bridge Development Partners will be donating Ingersoll Rand artifacts from the site, to be kept in a future museum.

“I am very excited to have this project get started and am hoping that it will be the start of a revitalization—not only for Lopatcong, but for the entire surrounding region,” said Mayor Mengucci. “The team at Bridge has been great to work with, and I am looking forward to continuing a great working relationship with them.”

Bridge Development Partners has committed to developing Bridge Point 78 – the first phase of which will encompass four buildings – on a speculative basis. Upon completion, the 381-acre site will also feature two large retention ponds, a dam for stormwater, and multiple bioretention basins. The developer has brought on a CBRE industrial leasing team to market the site, led by William Waxman, Mindy Lissner, and Steven Beyda in New Jersey, as well as Vincent Ranalli, Joe McDermott, and Jake Terkanian in Pennsylvania.

“For the first time since Ingersoll Rand vacated this massive site decades ago, it is officially on its way to once again becoming a beehive of industry for the region,” said Jeff Milanaik, Partner – Northeast Region, Bridge Development Partners. “The necessary approvals have been secured and old buildings have been razed, and now—as evidenced by the construction operations that you see onsite today—this project is moving forward with Bridge Development Partners at the helm.”