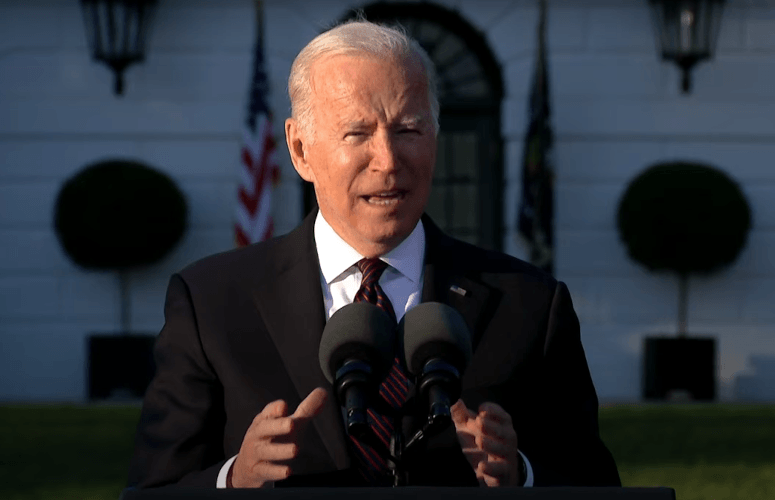 President Joe Biden signed a historic $1.2 trillion federal infrastructure bill into law today, opening the way for New Jersey to receive $12.31 billion in transportation and transit funding over the next five years. This includes $6.9 billion for the state’s highways, $1.1 billion for bridges, and $4.2 billion for transit, while an additional $30 billion appropriation for Amtrak should benefit the Gateway Project, a planned phased expansion and renovation of the Northeast Corridor rail line between Newark and New York City.

“The bill I’m about to sign into law is proof that despite the cynics, Democrats and Republicans can come together and deliver results,” Biden said from the White House lawn today. “We’re taking a monumental step forward to build back better as a nation.”

During his weekly COVID-19 press briefing today, Gov. Phil Murphy called the infrastructure bill a “game changer” that’s good for the whole country, but will “disproportionately” benefit New Jersey, the nation’s most densely populated state. “I’m thrilled,” Murphy said, explaining that he had been invited to the signing, but couldn’t attend due to prior obligations. “People should be thankful there was common ground found here, including the whole New Jersey delegation.”

The Infrastructure Investment and Jobs Act will also provide $1 billion to help replace all of the state’s lead water pipes; $1.1 billion to repair New Jersey bridges, more than 7% of which have been rated as deficient; $104 million to facilitate the transformation from gas-powered to electric cars, including more charging stations; and $100 million to expand high-speed internet connections to at least 115,468 residents and subsidize access for 1.6 million low-income New Jerseyans.

“This legislation will support good-paying jobs now and in the future, which will help boost our economy and make New Jersey more competitive in the region,” said NJBIA President and CEO Michele Siekerka. “At the same time, these infrastructure investments will also bring a better quality of life for New Jersey residents, workers and employers.”

The legislation will also benefit the Gateway Project, endorsed by Biden and supported by Transportation Secretary Pete Buttigieg, which is important for millions of commuters using the hundreds of trains running daily beneath the Hudson River between New York and New Jersey. Its purpose is to improve the most congested 10-mile section of the Northeast Corridor, doubling the number of passenger trains into Penn Station New York, the nation’s busiest rail facility.

“NJ TRANSIT is the largest statewide transit system in America, and we’re also home to the critical infrastructure that supports the busiest rail corridor in America: the Northeast Corridor. For agencies like NJ TRANSIT, this legislation will provide access to billions of dollars over the coming years to complete major upgrades,” Menendez said.

“There is no shortage of roadway, bridge and transit infrastructure needs in New Jersey, and we look forward to putting President Biden’s historic federal investment to work to continue improving mobility for all our state’s residents,” Gutierrez-Scaccetti said.

Booker pointed out the bill will not only be used to fund critical infrastructure projects, but also to “enhance our nation’s competitiveness and position our economy for continued growth by putting more Americans to work. I am proud to join Senator Menendez to highlight just one of many projects throughout New Jersey that stand to benefit from this historic legislation.”