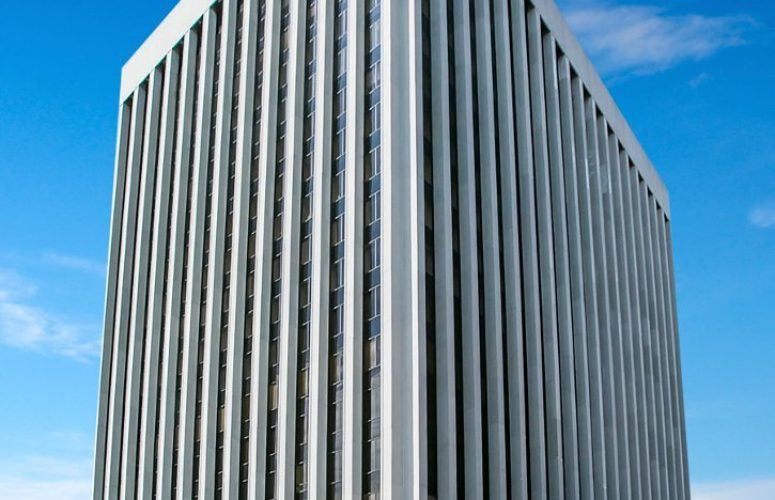 Berger Organization, a diversified real estate company based in Newark, has announced its acquisition of 33 Washington Street, a 450,000-square-foot, 18-story office tower located in downtown Newark. The property was built for Horizon Blue Cross/Blue Shield and is now multi-tenanted by leading companies.

Located on 1.6 acres across the street from Washington Park, at the northern end of the city’s central business district, the building is in the James Street Commons Historic District, which is on the National Register of Historic Places. It is surrounded by notable landmarks such as the Newark Museum, John Ballantine House and Newark Public Library, and is ideally located for commuters. It is just two blocks from the Newark Broad Street commuter light rail and a half a mile from Newark Penn Station; it is also conveniently located to all major highways feeding in and out of Newark and into New York City, including Interstates 280 and 78, State Routes 1,9 and 21, the New Jersey Turnpike and Garden State Parkway.

“We are excited to add this iconic building to our portfolio,” said Miles Berger, chairman and CEO of Berger Organization. “The demand for high-quality office space in the city continues to grow and 33 Washington’s excellent location and amenities make it a highly attractive address.”

The tower, which was completed in 1970, features a fitness center, shared conference rooms, on-site parking, and impressive granite lobby and views of the Manhattan skyline.

The property was marketed by Holliday Fenoglio Fowler, LP (HFF) on behalf of the seller, LNR Property. The transaction was completed in mid-January.

Berger Organization, which owns and operates the Robert Treat Hotel & Conference Center in Newark, is also in the the process of redeveloping the historic St. Francis Hotel building on East Park Street into a 102-room TRYP by Wyndham hotel. The 1930s-era property, which operated for 50 years as the Carlton Hotel, is anticipated to open in September 2017 as one of the first TRYP properties in the United States. The select-service urban hotel brand is already popular in Europe. Amenities will include a restaurant, fitness center, library, and business center.