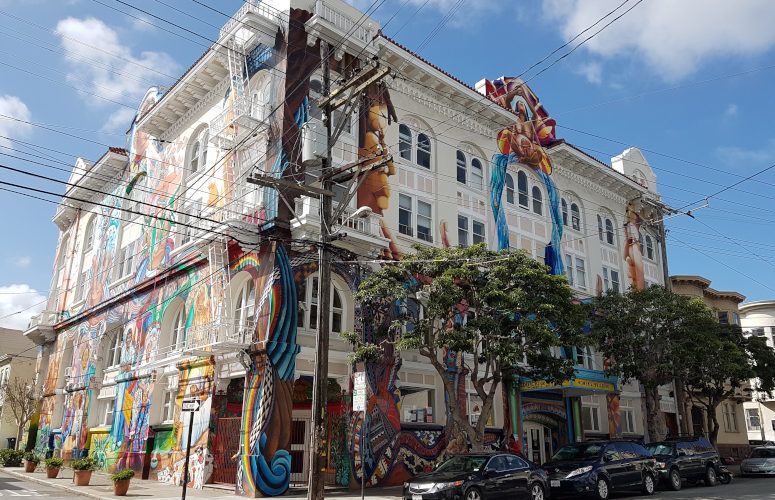 The Women’s Building, San Francisco, CA. Benjamin Moore will work alongside the National Trust to enhance the grand staircase that showcases the building’s colorful mural as it makes its way from outside, into the heart of the building. (Photo: Business Wire)

This year, as the nation marks the 100th anniversary of the 19th Amendment granting women the right to vote, Montvale-based Benjamin Moore and the National Trust for Historic Preservation are celebrating this historic milestone with a new program focused on the preservation of sites in America where women from all walks of life have made history. Together, Benjamin Moore and the National Trust identified sites rooted in women’s history and will help restore these places to their former glory.

The collaboration is part of the National Trust’s multi-year campaign entitled, “Where Women Made History,” dedicated to uncovering and amplifying the powerful, but often overlooked, role of women and their impact on our nation’s history. The campaign’s objective is to bring new resources and attention to women’s history sites—galvanizing support for the preservation of these places and inspiring a new generation of 21st century women.

Working together since 2017, this expanded relationship between Benjamin Moore and the National Trust will utilize a hands-on approach to the preservation of sites associated with women’s heritage. Throughout the year, we’ll collaborate with various stakeholders, from painting contractors to historians, to repaint sections of these properties. In addition to donating premium paints, including selections from its Historical Color Collection, Benjamin Moore brings unprecedented color expertise gleaned from its more than 135 years of experience in the paint business. The stunning results of each site’s transformation will be showcased through “before and after” pictures and videos.

“It is a privilege to be able to honor the 100th anniversary of the women’s suffrage movement and the ratification of the 19th amendment by preserving several historic sites with significant roots in women’s history,” said Jeannie West, Benjamin Moore senior vice president of human resources. “Together with the National Trust for Historic Preservation, we’ll pay homage to these female trailblazers who helped shape us into the nation we are today.”

“This campaign focused on the contributions women have made to our nation’s heritage is part of the National Trust’s mission to preserve historic places that tell the full American story,” said Katherine Malone France, chief preservation officer at the National Trust for Historic Preservation. “As we uncover and celebrate the role millions of women have played in our nation’s history, we are proud to once again join forces with Benjamin Moore on this important endeavor. For more than a century, Benjamin Moore has been helping Americans revitalize and improve places with their quality products, and I can think of no better partner as we work together to preserve the iconic American places where women made history.”

Benjamin Moore and the National Trust have kicked off this year-long collaboration with two inaugural sites on the West Coast of the United States and will identify additional locations over the next several months. Initial project sites include:

For more information about this campaign, please visit https://www.benjaminmoore.com/en-us/womens-heritage.