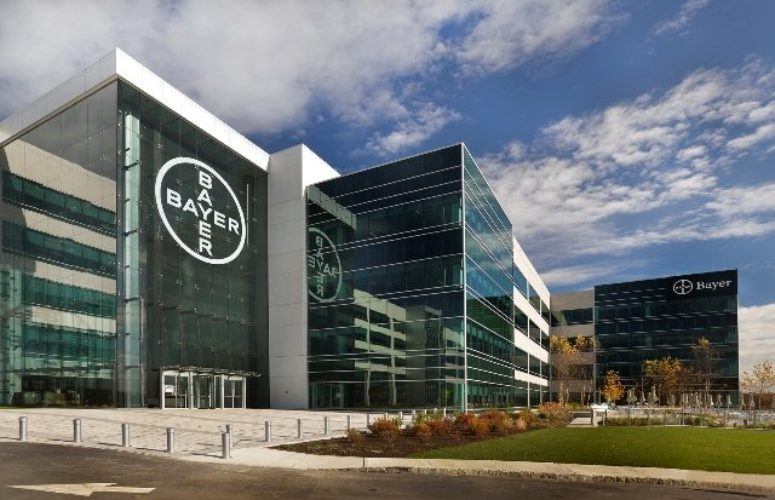 Two top Bayer Consumer Health executives are taking on new responsibilities due to strategic moves the business is making in its executive team to strengthen its position as a leader in consumer healthcare in the North America region.

The appointments come as Patrick Lockwood-Taylor takes on the role of president of Bayer in the United States while maintaining many of his current responsibilities as regional president of Consumer Health North America and member of the Consumer Health Executive Committee.

After one and a half years at Bayer, Dave Tomasi is being named NA chief commercial officer. Tomasi previously served as SVP across Allergy, Pain, Cardio, Women’s Health and Nutritionals categories, and held responsibilities for delivering this portfolio’s business results and future strategies. Brands include Aleve, Midol, One-A-Day, Flintstones, and Claritin. In his new role, Tomasi will add to his responsibilities, overseeing NA Consumer Health Division Strategy & Operations and in-market Dermatology.

Jeff Jarrett is appointed NA chief marketing officer. Jarrett joined Bayer Consumer Health as SVP in 2019 and has led marketing across the Dermatology, Cough/Cold and Digestive Health businesses. He has also headed Marketing, Digital and Ecommerce operations in North America, as well as Media and Analytics/Insights. His teams have led end-to-end strategy and execution across key brands such as Alka-Seltzer, MiraLax and Lotrimin, as well as in-house digital media operations, ecommerce, analytics, consumer insights, agency relationships, creative production and marketing training across all NA businesses. He has also been the interim leader for the Global Pain/Cardio Business Unit since January 2020. In his new role as CMO, Jeff will maintain his current marketing responsibilities while taking on new responsibilities like upstream brand and innovation development.

“Their contributions have profoundly impacted the trajectory of Consumer Health. When Dave and Jeff came on board, they quickly reinvigorated our most iconic and beloved brands. What they have done with their teams by bringing innovation and holistic marketing to those brands has undeniably regained consumer share,” said Patrick Lockwood-Taylor, Bayer US president and NA president Consumer Health. “I am extremely confident in their capabilities to achieve our goal to be the most preferred consumer health and wellness company.”

Leading up to this new appointment, Tomasi has spent more than 23 years in the consumer products industry and 10 years in global OTC medicine, holding positions in commercial management, consumer marketing and shopper marketing, across some of the industry’s biggest brands and largest retailers. He spent more than 20 years with Procter & Gamble in various roles, including brand franchise and marketing director positions. He served as Franchise Director, Digestive Health, in the Personal Health Care North America organization, which included iconic brands such as Prilosec OTC, Metamucil, Pepto Bismol and Align Probiotics. Prior to Procter & Gamble, Tomasi served six years in the military as an artillery officer in the U.S. Army. He is also a West Point graduate.

Tomasi is an executive sponsor for Bayer’s military veterans’ Business Resource Group known as BRAVE. Outside of Bayer, he is a board member for the Consumer Healthcare Products Association. Tomasi holds a Civil Engineering degree as a graduate of the United States Military Academy at West Point, and a Master’s of Business Administration from Oklahoma City University.

Jarrett takes on his expanded role at Bayer Consumer Health with more than 22 years of experience in global and local marketing leadership roles and seven years in global and local finance positions. Most recently, he was chief marketing officer of The Oneida Group, a private equity-owned turnaround business. Prior to that, Jarrett was with Procter & Gamble for 19 years holding various positions of increasing responsibility in marketing and finance for products such as Olay, Prilosec OTC and Metamucil, ultimately becoming SVP of Marketing on the Duracell brand prior to leaving the Company. Before joining P&G, Jarrett spent time working in Treasury for Mobile Oil Corporation. He holds an MBA from Duke University, and a Bachelor’s in Finance from the University of Virginia.

“It’s been an incredible journey, led by Patrick, who has put together a world-class leadership team,” Tomasi said. “Working together, that team is having a tremendous impact on the Consumer Health business in North America, and I am excited to assume more responsibilities that will sustain our positive momentum.”

“Patrick’s appointment to this new role opens an exciting chapter not only for Bayer Consumer Health in North America, but also for Bayer in the US as a whole,” Jarrett said. “I am honored to have the opportunity to step into these new responsibilities and lead Consumer Health into a promising new phase.”