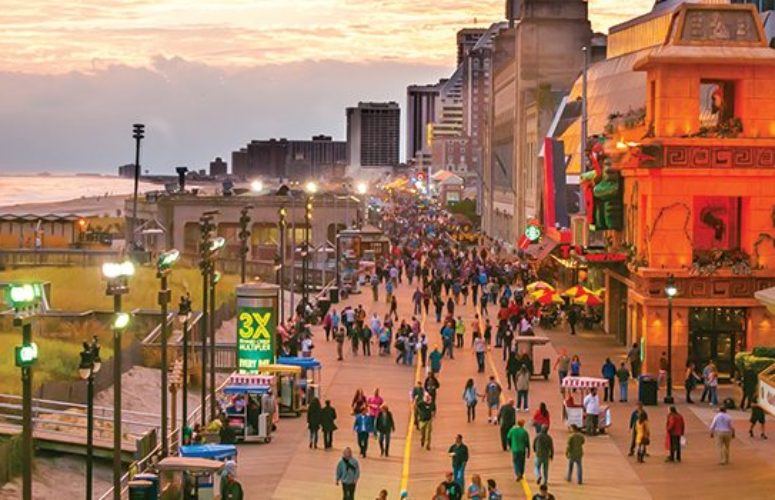 The South Jersey Economic Review, a biannual report released in conjunction with the William J. Hughes Center for Public Policy at Stockton University, reports that after a lost decade with a housing crisis, a major recession and the closing of five casinos, Atlantic City’s redevelopment appears to be gathering momentum.

Oliver Cooke, associate professor of Economics at Stockton, cites the decision of Hard Rock International to buy and reopen the closed Taj Mahal property, as well as the recent state-brokered settlement of a tax dispute between Borgata and the City of Atlantic City, as positive developments.

Other high-profile projects are underway, including Bart Blatstein’s reopening of the Showboat, Boraie Development’s plans for a 250-unit apartment project, and the $220-million Atlantic City Gateway Project, a public-private partnership with a new residential campus for Stockton University, retail, parking and an office tower for South Jersey Gas.

The report’s optimism is tempered, due to the size of the hole in which the city finds itself.

“The fact remains that Atlantic City’s redevelopment will take many years,” Cooke said. The Atlantic City metropolitan area lost 25,300 jobs, or 16.5 percent, in what he termed “the lost decade.” The area’s real Gross Domestic Product (GDP) declined by 21.4 percent – the largest such loss among the nation’s 382 metropolitan areas tracked by the US Bureau of Economic Analysis for the period 2006-2015. (Figures for 2016 will be released in September.)

“The impact of the local area economy’s lost decade on its residents’ welfare has been stark,” Cooke said. “The metropolitan area’s poverty rate climbed from 9.2 percent in 2006 to 14.3 percent in 2015, while the poverty rate for those younger than 18 years old rose to 22.3 percent from 13.2 percent.”

However, Cooke sees ways in which the city could leverage redevelopment to diversify jobs and attract more millennials (those in their mid- to late-teens to mid- to late-30s) to live and work in the city, which would yield potentially the greatest economic results.

Based on national trends, more jobs in the sectors of education and health services, and professional and business services would attract millennials, in addition to jobs they would hold in the city’s traditional hospitality and leisure sector. It is critical that they live and work in the city, Cooke said, as opposed to just visiting for entertainment.

If availability of the right jobs turns millennials into residents, “their spending power will in turn boost economic, population, labor force, and income growth over the long run,” he said.

The educational services sector is positioned to grow with Stockton’s 530-residence Atlantic City campus, the report noted, and the university’s designation as an Anchor institution will encourage small business development to serve over 1,300 students, faculty and staff of Stockton and from South Jersey Gas.

Coming in 2018: Stockton in Atlantic City