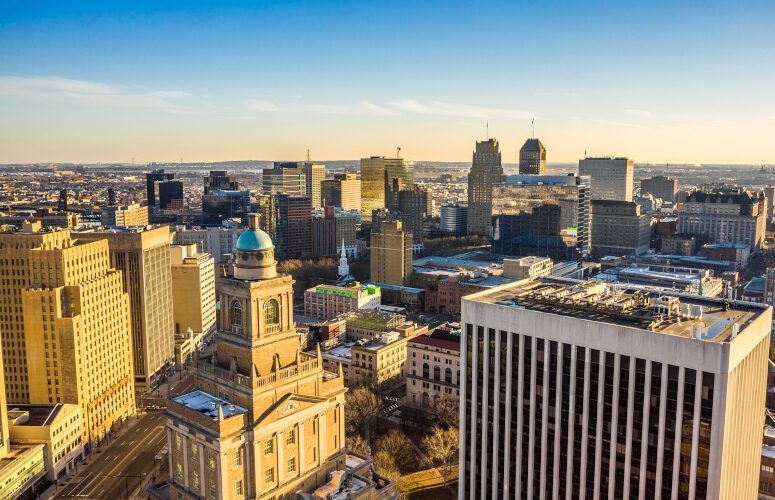 Each week entrepreneurs will take the stage for a product pitch and the entrepreneur with the highest dollar sales before the buying window closes during the episode will win the chance to strike a life-changing deal with one of the show’s retail giants. Hosted by Emmy Award nominated “Access Hollywood” journalist Scott Evans, “America’s Big Deal” will empower audiences to shop live using ShoppableTV and NBCUniversal Checkout to turn entrepreneurs’ dreams into reality.

“We are pleased that ‘America’s Big Deal’ has chosen Newark Symphony Hall for its debut season,” said Honorable Mayor Ras J. Baraka of the City of Newark. “This project will not only boost recognition of our city’s most historic performing arts venue, but it will also serve as an economic development tool by creating jobs for local residents, helping put event staff and stagehands back to work.”

The production of “America’s Big Deal” at Newark Symphony Hall will help regenerate a workforce that has been inoperative for nearly 18 months due to COVID-19.

“’America’s Big Deal’ helps keep the American dream alive by uplifting entrepreneurs and small businesses,” said New Jersey Secretary of State Tahesha Way. “We are delighted to host this groundbreaking competition right here in the Garden State and wish all contestants much success.”

“New Jersey is enjoying a record amount of production work this year, and Newark continues to be a magnet for film and television projects,” said Steve Gorelick, executive director of the NJ Motion Picture and Television Commission. “A unique show such as ‘America’s Big Deal’ will bring great excitement to the city, and we are thrilled to welcome their production team.”

“Its stunning architecture, compelling history and prime location are just a few of the many reasons we chose Newark Symphony Hall as the home for ‘America’s Big Deal,’ our exciting new competition series,” said Tony DiSanto, CEO of DIGA Studios. “We can’t wait to hit the air live every Thursday night beginning October 14 on USA Network, and to share this great locale and show with the world.”

“Part of Newark Symphony Hall’s mission is to leverage our venue for economic development, including creating jobs for Newark residents,” said Taneshia Nash Laird, president and CEO, Newark Symphony Hall. “As we begin to reopen after COVID lockdowns, we expect to attract more television and film productions at our historic performing arts center, which includes a 2,800-seat concert hall, a 1,200-person ballroom and a 250-seat black box theater.”

For a sneak peek of the show, visit: https://youtu.be/EcfpjwZUP8s. For the latest updates on “America’s Big Deal,” visit www.shopamericasbigdeal.com.