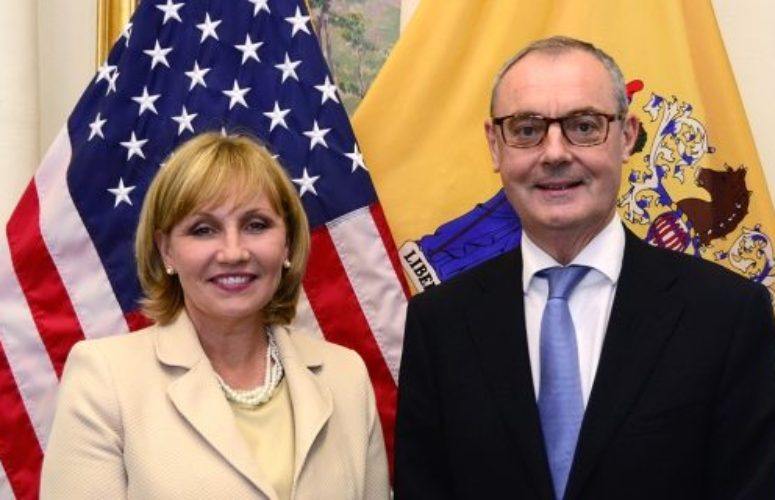 Acting Governor Kim Guadagno recently met with David O’Sullivan, Ambassador of the European Union (EU) to the United States of America, in Trenton, to discuss economic relations between New Jersey and the EU’s member nations.

“Cutting red tape and finding ways to make it easier to do business in the state has been my focus from the start.  And oftentimes, those efforts involve improving relations with foreign nations and markets,” said Acting Governor Guadagno.  “I am proud to work with our partners in the EU to ensure that New Jersey’s business community has greater access to international markets.”

In 2014, New Jersey was the 9th-largest exporting state to the EU, exporting approximately $9,107 million in products.  Nearly 25 percent of all New Jersey exports are sent to EU countries.

Among other programs, New Jersey’s businesses are assisted by the New Jersey State Trade and Export Promotion (NJ STEP) Program, which is funded by the U.S. Small Business Administration (SBA) and provides sub-grants to small businesses pursuing opportunities for international export.  In 2014, 42 New Jersey companies received grants through NJ STEP that resulted in 24 new jobs and more than $3.6 million in actual export sales.  In 2015, New Jersey’s grant award from SBA was increased to a total of $275,000.