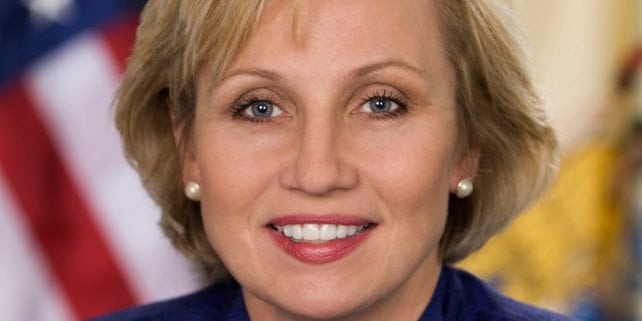 “The Coast Guard Training Center at Cape May, in addition to ensuring the high quality of the Coast Guard’s workforce, is a source of economic growth for the region and pride for our residents,” said Acting Governor Guadagno. “New Jersey’s military installations continue their legacy of superior service in maintaining national security and a high quality of life throughout our state. The Task Force is here today to show our dedication to keeping these installations, and the communities they call home, sustainable and integral parts of New Jersey.”

TRACEN Cape May is the fifth largest base in the Coast Guard and the sole accession point for the entire enlisted workforce. TRACEN provides logistical support to tenant commands that perform a number of operational and support missions for the Coast Guard including Search and Rescue; Military Readiness; Port & Environmental Safety; Commercial Vessel Safety; Enforcement of Laws and Treaties; Marine Environmental Response; Military Readiness; Recreational Boating Safety; and Waterways Management.

TRACEN also houses the Company Commander School and Recruiter School and is the home port for cutters that support a variety of Coast Guard activities, including Homeland Security missions.

“Throughout New Jersey’s history, its military bases have served with distinction – at home and abroad. These bases safeguard our nation and provided thousands of employment opportunities to individuals and businesses who are proud to call the Garden State their home,” said Brig. Gen. Michael L. Cunniff, Adjutant General of the Department of Military and Veterans Affairs. “The Task Force will increase public awareness of military bases, installations and armories throughout the State and their respective missions to ensure long-term growth and viability of our military bases and Coast Guard installations.”

The coming weeks will see the Task Force continue its tour of military institutions and businesses impacted by New Jersey’s military installations. These visits will continue to emphasize the important role each installation plays in the state’s overall economy and future workforce and spread the word of the Task Force’s ongoing work. These critical responsibilities include: organizing a broad-based coalition supportive of the state’s military bases, assisting in the economic fortification of New Jersey’s military installations, and ensuring alignment of base missions with larger Department of Defense priorities. Previous visits by the Task Force include Joint Base McGuire-Dix-Lakehurst, Picatinny Arsenal and Naval Weapons Station Earle.

To complement the Task Force’s efforts, the Christie Administration’s Fiscal Year 2015 budget includes a $200,000 appropriation to the Department of Military and Veterans Affairs to further efforts to safeguard New Jersey’s military installations from any future rounds of federal base realignment and closure designations.