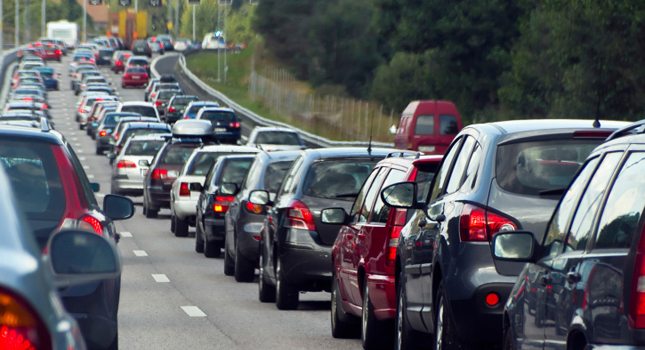 AAA projects 1.2 million New Jerseyans  will travel  50 miles or more from home during the Independence Day holiday weekend, a 1.3 percent increase from last year and a nearly 14 percent increase compared to the Memorial Day holiday weekend.  The majority of travelers will be celebrating with a road trip, with more than eight in 10 (1 million) choosing to travel by automobile, the highest level since 2007.  The Independence Day holiday travel period is defined as Wednesday, July 2 to Sunday, July 6.

Nationwide, nearly five million more Americans are expected to travel for Independence Day than for Memorial Day. This continues the growth AAA has seen in travel volume during this holiday for four out of the past five years. This year is expected to be more than six percent higher than the average of the past 10 years.

“After a particularly bad winter, travelers are ready to celebrate the summer and are taking advantage of the long Independence Day weekend,” said AAA New Jersey spokesperson Cathleen Lewis. “In line with tradition, most travelers are celebrating their newfound summer freedom with an all-American road trip.”

An increase in consumer spending is primarily due to increasing credit, rather than rising incomes. Consumers have been hesitant to add to their credit card balances the past several years, but continued improvements in the employment picture and rising home values means they are starting to feel more comfortable taking on debt. In addition to consumer spending, a boost in consumer confidence and the employment outlook are driving more Americans to take a road trip.

“Steady improvement in the economy has spurred increased consumer confidence and spending,” continued Lewis.  “Optimistic Americans are more willing to take on debt this year, dusting off their credit cards to pay for a much-needed Independence Day getaway.”

TRAVEL BY THE NUMBERS:

The average price for regular unleaded gasoline was $3.66 for the first half of June, comparable to last year. At this time, many travel decisions have already been made, and budgets set aside. A possible increase in gasoline prices leading up to the holiday weekend typically means consumers will allocate more of their budget toward travel expenses and cut back in other areas. The current national average price for a gallon of gas is $3.67, compared to $3.48 on July 4, 2013.

AAA: 950,000+ New Jerseyans Planning to Get Away for Memorial Day