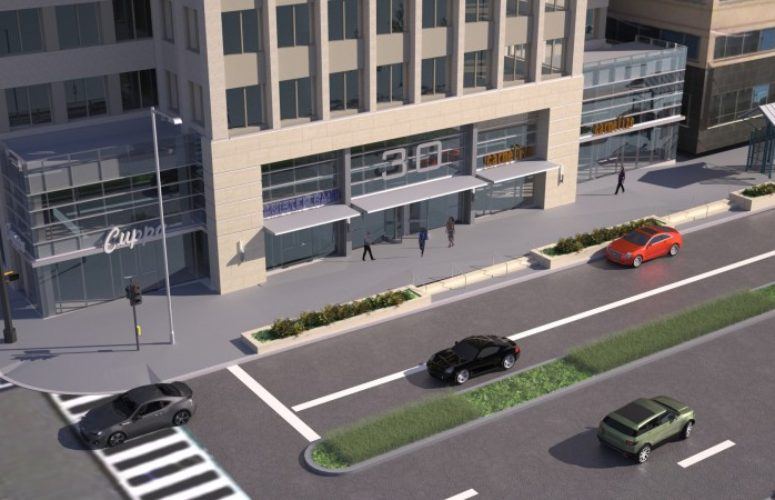 30 Montgomery Street was built in the early 1970s and is among the first office towers ever to be built along the waterfront. Among the most extensive New Jersey office building upgrades in decades – including a $5 million dollar exterior window replacement – the  goal of the project is to position the building as one of the premiere corporate environments in one of the state’s hottest Class-A office and residential markets.

“The investment by Onyx and its partner Rubenstein to upgrade 30 Montgomery Street speaks to the dynamic Jersey City real estate market,” said Jersey City’s mayor, Steven Fulop. “Jersey City is on the leading edge of construction and job creation in New Jersey and this major investment to upgrade older commercial building stock is the latest example of how bullish investors are on our city.”

As important as the city’s economic growth is to the project, the complete support of the mayor, his administration and the city’s planning board has also been instrumental. The investors have responded to the mayor’s vision to activate the streets along the waterfront with increased commercial presence, incorporating an expanded ground floor with a modern retail concourse as part of the redevelopment plan.

“Right now, Jersey City has more cranes than any city in the state,” said John Saraceno Jr., Co-Founder and Managing Principal, Onyx Equities. “With a residential and commercial explosion rarely seen in history, it is the only market that we would even consider a project of such scale. There is considerable value for us to add to this perfectly situated property.”

In addition to a enhanced streetscape and ground-floor retail expansion, the redevelopment of 30 Montgomery Street will include replacement of every window; refurbishment of the facade; modernization of the building’s HVAC system; a new state-of-the-art conference center; elevator landing and restroom renovations; and a new, expanded, two-story entry lobby.

“We were able to begin this project in record time, which could not have happened without the backing from Jersey City’s forward-thinking government,” added Saraceno Jr. “The partnership has been seamless.”