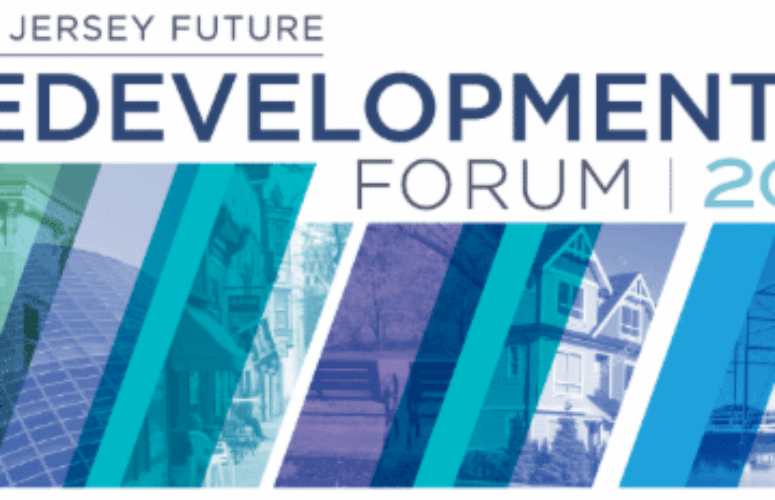 Over the course of the day, there were a number of concurrent panel discussions that explored the trends of the next generation, and how they will affect future projects. Some topics that were discussed were the evolving housing desires of Millennials, the new reasons people are coming to “downtowns,” and the ways that emerging technologies are now driving redevelopment efforts.

The theme of political change ran through much of the program, with questions regarding the impact of both the 2016 presidential election and the upcoming gubernatorial election on redevelopment in New Jersey.

“The change we are seeing now is so rapid, it’s outpacing our ability to formulate policies designed to deal with the consequences of those changes,” former New Jersey Governor Jim Florio said in his opening remarks. “We are perpetually behind the curve – applying old policies to new problems … and they are not working.”

Florio emphasized the need to come up with a new policy framework in order to better understand the rapidly occurring transformational and systemic changes that we are experiencing in nearly all sectors in today’s society.

He added, “We need to look to people with the intellectual courage to deal with these times – people who are willing to question traditional wisdom.”

A plenary session dubbed “The New Politics of Redevelopment,” moderated by Geoff Anderson of Smart Growth America, gave attendees a chance to hear from Knoxville, Tennessee Mayor Madeline Rogero and executive director of Oregon LOCUS, Mike Kingsella, who shared experiences with the ongoing redevelopment in their respective cities and provided advice on how to deal with the challenges that will inevitably come about when dealing with promoting economic growth.

Former Mayor of Philadelphia, Michael Nutter, delivered the forum’s keynote address, which provided the crowd with a glimpse into some of the strategies he employed during his tenure in office that saw Philadelphia government receive more than 150 awards for innovative programs, good government practices and excellence.

Nutter applauded the smart growth approach to redevelopment and touched on the importance of planning and coordination with local and state governments, specifically in the time of massive change at the federal level.

“These are critical times, but I can tell you that this is the moment for cities, towns and states across America – I have not been more optimistic about what we can do. You can see it with just what is happening here in New Jersey.” Nutter said. “Smart growth is economic development. [The possibilities are endless] when everyone is working together, partnering together and trying to go in the same direction.

Lead in Drinking Water Results Ready for ‘Back to School’ Season