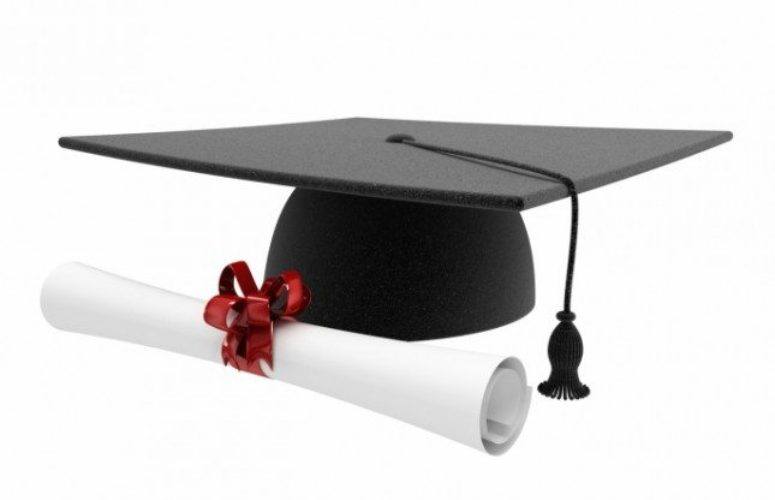 Dr. Harvey Kesselman, 64, an alumnus who was a member of Stockton’s first class in the Mayflower Hotel on the Boardwalk in Atlantic City in 1971, has been named president of Stockton University by the Board of Trustees.

Kesselman had been named acting president after former president Herman Saatkamp initially announced his intention to retire after Aug. 31 but then went on medical leave on April 28. In July, the board named Kesselman as interim president, effective Sept. 1. His contract as president begins Jan. 1, 2016 and runs through June 30, 2019. He will continue to be paid $320,850 annually, the amount he has been paid as acting and interim president, and the same as the former president.

“Dr. Kesselman is a resourceful and inspired leader who happens to have a unique personal and professional history and knowledge of Stockton,” said Board Chair Madeleine Deininger. “We are privileged to have a president who has grown along with the institution, as he has gained national status as an educator. His enthusiastic energy and dedication to students are legendary and we appreciate having his heart and his head working on behalf of our Stockton community.”

“I am deeply honored and extremely proud to become Stockton’s fifth president,” said Kesselman. “I am excited by the opportunity to lead our wonderful university at this pivotal time. Enrollment is growing, and we are expanding our Galloway campus with two new academic buildings and a dramatic new entrance. We also are exploring a public-private partnership that would enable Stockton to expand its presence in Atlantic City and be a major part of its renaissance. My wife, Lynne, who holds two degrees from Stockton, is as enthusiastic as I am about the university’s future, and the chance to serve.”

Kesselman has more than 35 years of experience in higher education. He previously served Stockton in many leadership roles, including as provost and executive vice president, dean of the School of Education, interim vice president for Administration and Finance, CEO of the Southern Regional Institute (SRI) and Educational Technology Training Center (ETTC), and vice president for Student Affairs.

He implemented Stockton’s Essential Learning Outcomes initiative, extended the community partnerships and global reach of the institution, and supported faculty initiatives and scholarly innovation through the university’s 2020 strategic planning process.

Kesselman has been appointed by New Jersey governors and state education leaders to serve as the senior college representative on a number of authorities, committees and task forces. He served on the Executive Committee of the Higher Education Student Assistance Authority (HESAA), which oversees New Jersey’s $1 billion student financial aid program.

He remains involved in many national academic organizations. He is a frequent presenter at the American Association of State Colleges and Universities (AASCU), the American Council on Education (ACE), and the Society for College and University Planning (SCUP). He also serves as a reviewer for the Middle States Commission on Higher Education (MSCHE.)

Kesselman served on the Governor’s Task Force to improve the N.J. STARS program; participated on the New Jersey College and Career Readiness Task Force; advised the New Jersey State College and University Presidents’ Council regarding accountability and assessment; represented the senior public colleges and universities in the N.J. Committee of Experts on Campus Sexual Assault Issues; served as one of six representatives appointed by the Chancellor of Higher Education to author and develop the N.J. Student Unit Record Enrollment (SURE) statewide data and monitoring system; and founded and chaired the SRI & ETTC Consortium, which includes more than 90 school districts throughout New Jersey.

He also serves as the senior public college representative on the New Jersey Higher Education Leadership Team (HELT), which considers policy questions and recommends strategies regarding the implementation of the Partnership for Assessment of Readiness for College and Careers (PARCC).

He has also been active in his community, including service as a Hamilton Township committeeman and a member of the township Board of Education.

He received his bachelor’s degree in Political Science from Stockton, his master’s degree in Student Personnel Services/Counseling from Rowan University, and his doctorate in Higher Education Administration from Widener University.

Lynne Kesselman, the university’s new first lady, received both her Bachelor of Arts in Business in 1982, and Master of Arts Degree in Instructional Technology in 2005, from Stockton. She taught at Egg Harbor Township High School for 13 years and was chosen by the U.S. Department of Education to receive the 2008 American Star of Teaching Award for New Jersey. Prior to her teaching career, she spent nearly two decades in a very successful career as a day trader.

His compensation will include a $4,000-a-month housing allowance and the continued use of a car. This is $1,200 per month less than the previous president received.  There are provisions for up to $50,000 in deferred compensation which the board could grant at the end of the first and/or second years of his contract, although these funds would not vest until 2020. The contract also includes a provision for a one-year sabbatical at the end and then a return to his tenured position as a professor of Education, should the contract not be extended.