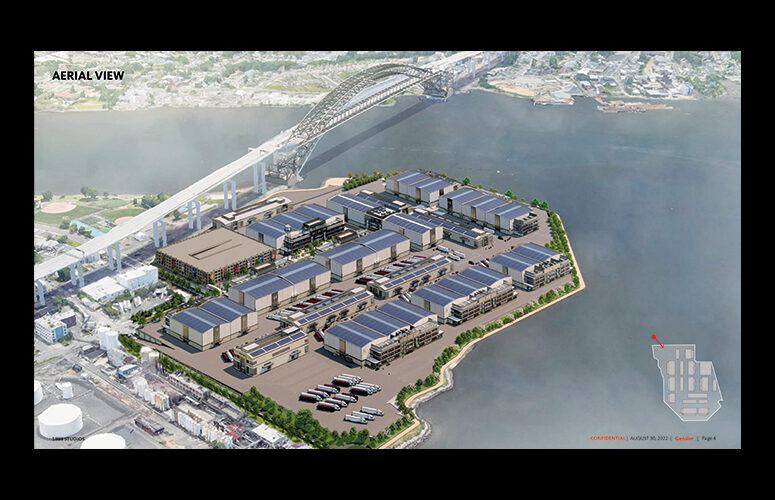 The name of the new facility, 1888 Studios, recognizes the year the motion picture camera was invented. The 17 building campus will include studio sound stage buildings, flexible support/office spaces and workshop/mill buildings in which the stage sets will be constructed and stored.

It is expected that more than 2,000 construction workers will contribute to building the studio which will have approximately 2,000-3,000 full-time employees working in the studio when complete.

Environmental sustainability and resiliency will be built into the project and the site will be increased in elevation to address potential flooding now and in the future.

“We are extremely excited to be part of the team that will transform this long underutilized waterfront site in Bayonne. In addition to the positive economic benefit of the project for the community, I look forward to viewing the creative work that will be produced in these groundbreaking facilities, said Larry Boresen, vice president and general manager of Turner Construction Company. Larry continued, “It will also be great to see members of the community having access to a revitalized waterfront park and promenade that will be part of the campus.”