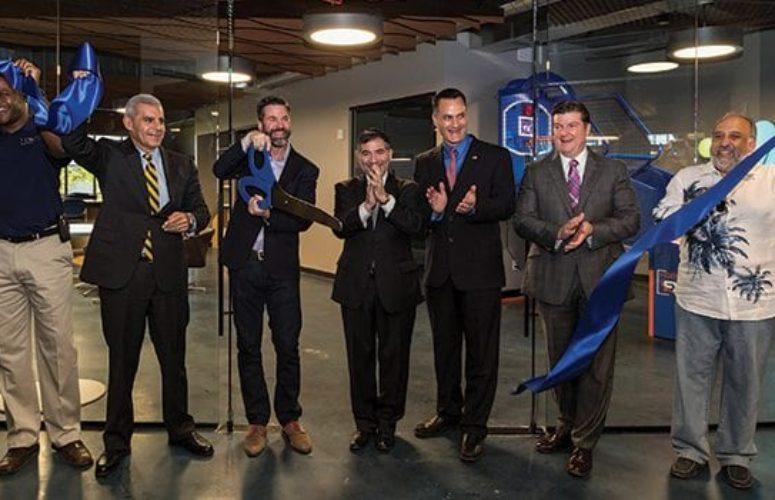 When Chris Sullens, president and CEO of WorkWave, and his staff first entered the 2-million-square-foot Bell Works building, the site of the former Bell Labs complex in Holmdel, history hit him in the face. “When you think about all of the inventions that were developed here … technologies that WorkWave uses – like cellular networks and transistors – the reaction is ‘This is impressive!”

With a $15.7-million Grow NJ incentive from the New Jersey Economic Development Authority (EDA) and the efforts of Somerset Development, which owns the property, WorkWave officially celebrated its move into the facility with a ribbon cutting in May.

The company, which is a leading provider of cloud-based software solutions for the field service and delivery industries, has moved 185 jobs from its Neptune location to Bell Works, where it expects to add an additional 200 positions over the next three years. It is occupying 72,000 square feet of an entire floor in the four-building complex, with an expansion option for an additional 72,000 square feet.

The company was considering other locations where it has offices, such as Boston and St. Louis – it also has a facility in Verona, Italy. “The Grow NJ incentive, plus the cost of not having to move people and hire new employees, turned the table for us. Then it was a matter of finding the right place,” Sullens explains.

Ralph Zucker, president of Somerset Development, calls this “right place” a metropolis in suburbia, or a “metroburb.” He says, “The building was designed to foster communications, connectivity and cross pollination … the sharing of ideas between a community of people. This is a live place with restaurants, hospitality (a 200-room hotel is planned on what will be a newly created seventh floor), retail and office space.”

The building has undergone a $200-million rehabilitation, the major cost of which has been tenant improvements, but also includes new window glazing (about five miles worth from floor to ceiling), new heating and cooling systems and what may currently be the world’s largest photovoltaic skylight.