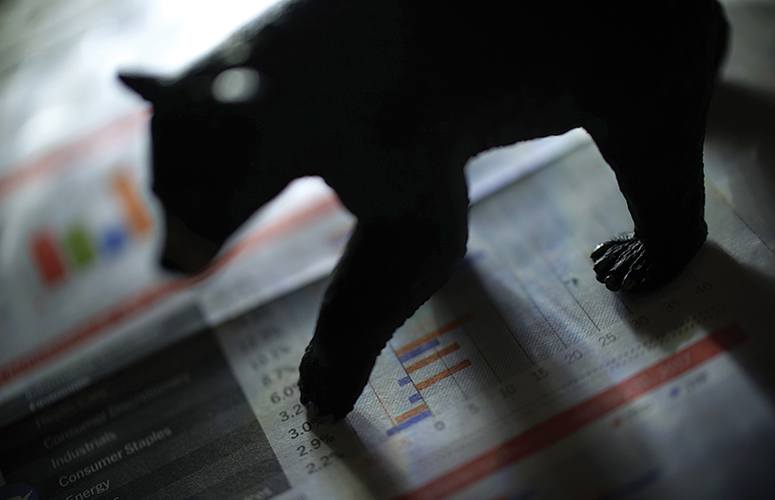 Has the bull market run its course? Is the bear beckoning at the door? Learn the signs.

The current bull market for US stocks, which began in March of 2009, will likely become the longest on record since at least the 1920s. The S&P 500 has increased roughly 300 percent since the depths of the Great Recession. Wall Street has an expression, “Bull markets don’t die of old age.” What causes bull markets to die and bear markets to begin? According to research by J.P. Morgan, bull markets typically die due to one or more of the following reasons: A forthcoming recession; extreme valuations; an aggressive central bank; or a commodity price spike.

The possibility always exists that something new might occur that will push stocks into a bear market. Let’s examine the four typical causes of a bear market and then arrive at a conclusion.

Forthcoming Recession: A recession is a sustained period of economic decline. Most economic indicators suggest the current US economy is in fairly good shape. The unemployment rate is near its lowest levels in almost 20 years, GDP growth has exceeded 2 percent per year, and leading indicators, such as those provided by the Conference Board and Institute for Supply Chain Management, also point to continued growth. A near-term recession does not appear to be imminent.

Extreme Valuations: There are many ways to assess the value of the stock market, but a common yardstick to use is the Price to Earnings (P/E) ratio. According to most approaches of measuring P/E, stocks are on the expensive side, but not necessarily in the “extreme” category like they were prior to the 2000-2002 bear market.

Aggressive Central Bank: Central banks, such as the Federal Reserve, control the money supply of a country and – indirectly – its interest rates. If the Fed raises interest rates too aggressively, usually in an effort to reduce inflation, it risks slamming the brakes on the economy. The Fed has been gradually raising interest rates in the US, but its actions are likely best characterized as being somewhat accommodative rather than aggressive.

Commodity Price Spike: Commodities include a range of edible and industrial inputs, including wheat, corn, oil and steel. Rising commodity prices often result in escalating inflation. An unexpected spike in commodity prices, like during the Oil Embargo of 1973-1974, could dramatically impact the economy and stock market. Commodity prices have been gradually trending upward, but are probably not best described as spiking.

A reading of the current economic landscape suggests that none of the typical reasons for a bear market are here yet. They will eventually arrive, but there is likely not good reason to panic simply because of the old age of the current bull market.

About the Author: John Longo is a professor of finance at Rutgers Business School – Newark and New Brunswick, and chief investment officer of Beacon Trust, a Morristown-based wealth manager.