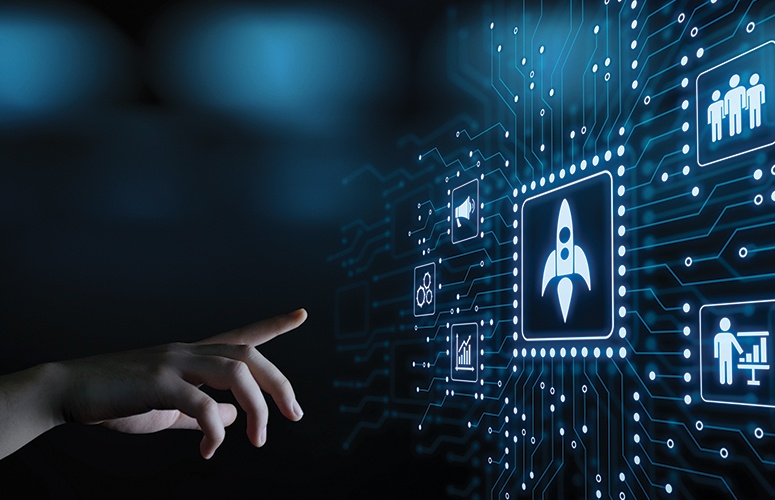 Funding is available for startups from major venture capital firms operating and investing in our Innovative State.

Innovative startups looking for venture capital (VC) have a burgeoning field of investors to access in the Garden State, but in their quest for funds, they must shield their eyes from the glare emanating from New York’s tech and VC industries.

According to the National Venture Capital Association (NVCA), New Jersey received just $781 million in deal flow investments in 2017, while New York received $8.97 billion. An analysis of NVCA data found in the New Jersey Business & Industry Association’s “Indicators of Innovation” report, also revealed that between 2004 and 2017, New Jersey experienced a 4% increase in VC investment, while New York experienced a 1,910% increase.

“The biggest thing that is hurting New Jersey is the bullhorn next door that is blowing in our ear,” says Chris Sugden, managing partner of Edison Partners. “It’s hard to be a standout in this state because of the perception that New York companies are always thought of as hotter.”

Edison Partners is a 33-year-old Princeton-based VC firm that invests in high-growth companies with revenues between $1 million and $30 million ($5 million to $25 million is its core target). Last October, the firm closed its ninth fund, Fund IX, at $365 million. According to General Partner Ryan Ziegler, Edison likes to deliver returns of 3x on its funds on an absolute dollar basis. The firm has an investment reach that stretches to the Mississippi River, with newer deals reaching as far as Texas and Utah. That said, three of its five biggest returns have been from companies based in the Garden State.

Its investors are comprised of state and local government pension plans, corporate pension plans, insurance companies, wealth managers and foundational endowments. “These are entities that manage a lot of money and need to hit certain returns,” Sugden explains.

“The good news and bad news about New Jersey is that it’s an underserved market for capital,” Sugden continues … but this market is growing.

According to Kelly Ford, an Edison partner who last month attended and spoke at the New Jersey Technology Council’s 22nd annual Venture Conference at the New Jersey Institute of Technology, which showcased the region’s most promising companies and offered insights from many of the nation’s top investors, “the event gets bigger and bigger every year, attracting all walks of the [innovative] ecosystem. Everyone (businesses) I spoke with was approaching $1 million in revenues or just over. It was a more diverse set of companies that are based here. It was exciting to hear about their pipelines and seeing firms ready to raise money.”

Dan Borok, managing partner at Newark Venture Partners (NVP), sees New Jersey’s venture landscape becoming more influential over the next three to five years. “The state’s venture ecosystem is small relative to New York State, which is second behind California, but I see a lot of positive development going on in New Jersey. … This is a growth story. The numbers don’t bear out yet because it takes time for these ecosystems to get going.”

There is a spill-over effect from New York City’s VC/tech-hub craze that is positively impacting New Jersey, Borok says. Additionally, he says the US is at a high point in the VC startup cycle. “There is a lot of value being created. A lot of great companies are being acquired, and many are going public,” he says, pointing to Zoom, Pintrest and Uber that, at press-time, are in the midst of going public. “So, New Jersey is benefitting from a rising tide that is lifting all boats,” Borok says.

NVP was founded by Audible CEO Don Katz in 2015 as an early stage venture capital fund that invests in B2B technology companies. To date, the firm has invested just under $25 million in 55 companies. Its mission is to bring startups from across the country to its 25,000 square feet of space at 1 Washington Park in Newark, a building shared by Audible. The goal is to have these companies graduate from its NVP Labs accelerator program and establish their headquarters or open secondary offices in the city.

It makes sense that NVP’s investment partners include some of the city’s largest employers, including Prudential Financial, Horizon Blue Cross Blue Shield of New Jersey and Panasonic. RWJ Barnabas, TD Bank, Dunn & Bradstreet, Fidelco Realty Group and the New Jersey Economic Development Authority round out the other investors.

Speaking at a recent Association for Corporate Growth (ACG) event in Newark, which focused on how large corporations are connecting with early stage innovators, Allison Williams, director of NVP Labs, said NVP partners pool their funds into the VC firm because “they want to see Newark continue to thrive, and part of that involves turning it into the next major tech ecosystem. Also, since they know they have to continue to innovate themselves, they want to stay engaged with the tech startup community. If they don’t innovate, they know others will take their place. So, NVP gives them access to startups for incredible business development and partnership opportunities.”

Borok explains that “in addition to investing in our fund, our corporate LPs (limited partners) roll up their sleeves and play a key role in helping us: understand what is important in the tech ecosystem; select companies in which to invest; conduct due diligence on those companies; and help those companies scale up quickly post investment.”

In fact, partners are providing more than 500 mentors to NVP. Of that number, 270 are from Audible. There is also a residence team of mentors which helps companies with sales strategies and execution.

The NVP Lab accelerator program is a three month experience. “In the program, we have content focused on sales, marketing, product [development] and fund raising. We try to help these companies think through all the challenges that early stage companies face,” Borok says. After the three months, NVP offers companies 12 months of free space for those who wish to stay. Additionally, a Demo Day is held at the end of the program where entrepreneurs make presentations to investors, corporate partners and other entrepreneurs.

Investor guidance and assistance is also prevalent at Edison Partners via its Edison Edge platform, which includes its operating centers of excellence. According to Ford, “We built our centers around sales and marketing with playbooks, data and best practices. … We have everything from strategy to the technology that sales and marketing folks are using.

Both Edison Partners and NVP think the Murphy administration’s proposed New Jersey Innovation Evergreen Fund (NJIEF) is a good initiative that will help increase VC investment in the state, and they both plan to participate in the initiative.

The NJIEF concept, announced as part of Gov. Murphy’s overall economic development strategy last October, would entail making about $500 million in VC monies available for investment into promising startups, with $250 million generated by competitively auctioning state tax credits to New Jersey corporations over five years and then combining those proceeds with at least another $250 million from venture capital firms.

According to Borok, “We are a big supporter of the NJIEF. The idea that government is creating a fund that supports the existing ecosystem and New Jersey-based companies is exciting to us.

“Gov. Murphy, from the time he began campaigning, started talking about attracting startups and driving innovation growth in the state. At NVP, we fundamentally believe that. We feel that startups and mid-sized high growth companies contribute to job creation,” he says.

“The Evergreen Fund is a good idea,” Sugden adds. However, in order to participate in the program, he explains he had to make sure government was not calling all the investment shots. “To the extent [government] was saying we [Edison Partners] are on the [NJIEF] investment committee, I told them, ‘If you are going to make investment decisions, we are not going to participate in the program. … We have to move fast at times, and we have to have a rational decision-making apparatus, and sometimes politics makes things irrational. We are in the business of vetting deals, they are not.”

This look at NVP and Edison Partners is just a small glimpse of the state’s VC landscape. As previously mentioned, New York has the image of being the major tech and VC hub on the East Coast, but New Jersey’s VC scene is up and coming as evidenced by the earlier comments of Borok and Sugden. More importantly, the listing [above], though not complete, reveals a number of VC firms operating in the state.