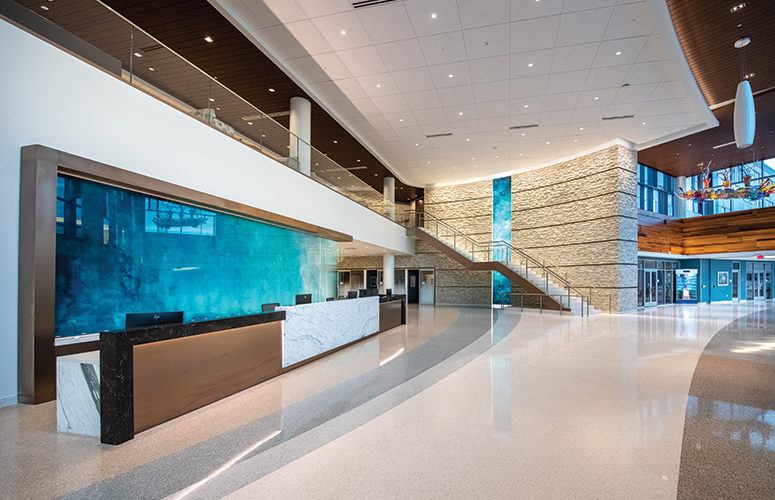 New Jersey hospitals are – in the aggregate – ranked among the best in the nation for both patient safety and overall medical care excellence, offering Garden State residents an array of safer, cutting-edge treatment options for nearly every conceivable medical condition.

The widely respected Leapfrog Group in 2019 specifically ranked New Jersey hospitals as the eighth safest in the nation via its Hospital Safety Grade, which Leapfrog describes as a “consumer-friendly letter grade system evaluating more than 2,600 hospitals on how well they keep patients safe from harm.”

And the state of New Jersey has also risen to eighth best in the nation in the America’s Health Rankings Annual Report from the United Health Foundation (the report not only measures medical care, but additionally evaluates community social issues such as poverty and education, for example).

New Jersey’s overall patient safety and medical expertise reside within the context of its large assortment of five medical schools, 13 academic health systems and 72 acute care hospitals. Cathleen Bennett, president and CEO of the New Jersey Hospital Association confirms: “New Jersey hospitals are known for their compassionate, patient-centric care, and are ranked nationally in an array of specialties such as cardiac, cancer, pulmonology, nephrology, pediatric cancer, geriatrics and many more.”

The Etiology of Excellence

Why is medical care increasingly and measurably top-tier in New Jersey? Experts say that to offset a vortex of financial challenges in part related to charity care and overall low reimbursement rates, New Jersey hospital systems have often constructed profitable specialty centers (e.g., cardiac care or oncology centers, for example) that attract insured (paying) patients seeking best-in-class medical treatment. Competition for insured patients is often pronounced because New Jersey hospitals are not only facing each other, but they encounter Manhattan’s global medical center juggernauts. And so medical care quality rises in this equation.

Hospital systems are additionally reducing costs and leveraging their medical expertise via widely-publicized mergers and acquisitions that create vast economies of scale, attracting both patients and skilled medical personnel alike.

Regional medical and life sciences ecosystems generally flourish when universities are strong, such as in Boston, Massachusetts, where an array of higher education institutions and medical care options intersect. Given New Jersey’s well-known medical school mergers and apparent increased prowess, the state is arguably poised to reach even greater medical care heights.

Rutgers University President Robert Barchi, for example, recently told an audience about a $29-million National Institutes of Health (NIH) grant given to his and other institutions: “[The Rutgers Institute for Translational Medicine and Science] and this New Jersey alliance have the potential to be an exponential multiplier [for innovation]. It is a collaboration not just within Rutgers, the academic community, and biotech developers of New Jersey – but also within the health system that covers millions of lives in this state.”

A Commitment to Safety

And why is there a focus on increasing patient safety? John F. Bonamo, MD, executive vice president and chief medical and quality officer at the hospital system RWJBarnabas Health explains, “The nuclear [power] and commercial aviation [sectors addressed safety] a while ago. We don’t hear about Three Mile Island incidents anymore because there is such scrutiny on nuclear power plants.”

In the medical arena, he adds, “You can have the best surgeon in the world, but if there are hospital safety or quality problems, the surgeon’s expertise doesn’t mean as much as it would … if a hospital had a high quality/high safety status, that we insist upon.”

She adds, “We have had every single hospital in the state, plus many additional providers like nursing homes, join our efforts. It’s an all-in approach where participants gather to learn from recognized experts, adopt evidence-based best practices, commit to sharing data to measure progress and then share lessons learned with each other. The results are meaningful – especially for people in New Jersey who receive advanced, high-value, quality care.”

New Jersey hospitals have meanwhile received so many specific accolades that New Jersey Business magazine space limitations prevent them from being listed in their entirety.

At Capital Health healthcare system, in 2019, the Bristol-Myers Squibb Trauma Center at Capital Health Regional Medical Center (RMC) was recertified as a Level II Trauma Center by the Committee on Trauma of the American College of Surgeons (ACS). Separately, Capital Health Medical Group’s Primary Care Network was recognized by the American Heart Association (AHA) and the American Medical Association (AMA) as a leader in the national effort to get patient blood pressure rates under control and reduce the number of Americans who have heart attacks and strokes each year.

The Hackensack Meridian Health system has also been honored in numerous ways, with its Hackensack University Medical Center, for example, recognized by Becker’s Hospital Review as one of the top “100 Hospitals and Health Systems with Great Orthopedic Programs” in the United States.

As NJHA’s Bennett concludes, “Although sandwiched between two major cities, New Jersey clearly stands on its own when it comes to high-quality, advanced healthcare.”