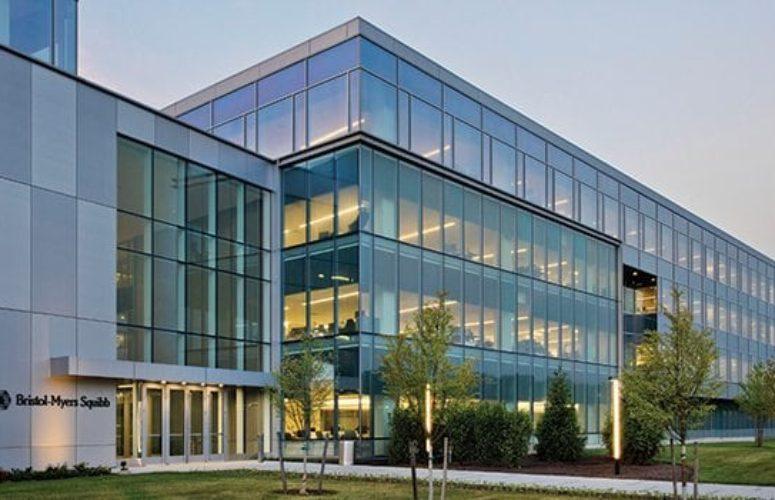 The following article focuses on New Jersey’s top contractors (many of whom appear on Engineering News-Record’s (ENR’s) ‘Top 400 Contractors’ 2017 listing) and their major projects in the Garden State.

According to the state’s top contractors, the economy continues to exhibit positive signs of growth, creating job opportunities amid new building and adaptive reuse projects as well as major infrastructure upgrades.

One of these top companies, Structure Tone, entered the New Jersey construction market some 20 years ago and its operations here are piloted from its Woodbridge offices. A worldwide leader in construction management, Structure Tone (ranked 15 on ENR’s Top 400) attracts a wide span of clientele from multiple sectors whose needs range from corporate offices, life science and pharmaceutical buildings to healthcare facilities, data centers, educational institutions and retail sites.

In terms of keeping up with or staying ahead of its counterparts in an extremely competitive industry, Structure Tone takes on a unique perspective: “We view ourselves as a client-service firm that happens to be in the construction business,” says John White, Jr., regional CEO. “Communicating, collaborating, problem-solving, adding value, delivering quality and building intimate, long-term relationships in the process continues to be the hallmark of our philosophy and our corporate culture.”

Along with the enormous scope of many of the company’s large-scale projects, there are always challenges being faced and overcome. “The primary challenges of nearly all of these projects are compressed schedules, working with lead times on special products and equipment, and the availability of quality labor,” White says.

On the economy, and how it relates to the commercial building industry, White comments, “Our market continues to grow, but at an increasingly slower pace than in previous years. Where we are seeing an uptick in activity is adaptive reuse,” he adds, referring to the ongoing trend of developers revitalizing outdated corporate facilities and pharmaceutical campuses (e.g. Somerset Development’s Bell Works complex in Holmdel, the Center for Excellence being developed by Advance Realty on the former Sanofi Aventis site in Bridgewater, as well as Prism Capital Partners’ repositioning of the Roche campus in Nutley).

“We’re also seeing a wave of consolidations as large companies work to build or renovate spaces to bring their dispersed workforces together in modern, amenity-rich workspaces that better matches the way people prefer to work today and helps attract and retain talent,” White says.

As many business experts agree, the economy has and continues to improve as financing and lending restrictions have loosened since the stranglehold of the recession, clearly boosting the commercial construction market. “A state tax incentive program here in New Jersey has been instrumental in attracting and, even more importantly, encouraging companies to keep their requirements in the state,” White says. One stellar example of this positive impact, right now being analyzed by New Jersey’s Economic Development Authority, is the possibility of Amazon making our state its home-away-from-home by locating its satellite headquarters here, a move eventually resulting in the addition of 50,000 full-time jobs in the years to come, according to forecasts.

In addition to tax “incentive programs” put in place to attract new businesses, the more densely-populated and thereby heavily-traveled states are approving a sorely-needed expenditure of funds in order to assuage the problems plaguing the states roads, highways, bridges and mass transit (trains/buses) infrastructure elements; particularly in New Jersey, where earlier this year it was announced that $400 million will be spent on these endeavors. It was also announced, earlier this year by President Trump, that he would seek a $1-trillion infrastructure package which would be aimed at these same types of infrastructure and public works projects on a much broader national level.

“The federal infrastructure plan that is being talked about and discussed by all those in Washington is hopefully not all bluster,” says Robert A. Flock, business development manager at J. Fletcher Creamer & Son, Inc. (Creamer). “A large transportation bill will somehow affect every contractor in the US,” he adds. “What that bill looks like when the debate is complete and what it will cost is, and remains, the big question.”

“Every year since 1988, J. Fletcher Creamer & Son has been a familiar sight on ENR’s Top 400 Contractors prestigious list. This year was no different, as we ranked 151 nationwide,” according to Flock.

Founded nearly 100 years ago, in 1923, fifth-generation family members still participate in the business today. The company is led by CEO J. Fetcher Creamer, Jr., Vice President Dale A. Creamer and President Joseph T. Walsh. “This ‘dynamic trio’ is supported by a dedicated staff of professionals, and has overseen projects in 39 states. Our company maintains four offices in New Jersey and one in Maryland. Annual revenues have surpassed $500 million,” Flock adds.

Creamer recently has completed numerous sign structure projects on both the Garden State Parkway and New Jersey Turnpike. Additionally, it has been contracted for many large-scale projects by the Departments of Transportation in New Jersey, Maryland and Delaware. Creamer has also been tasked with the installation of hundreds of thousands of feet of new gas main for PSE&G, as well as multiple water main projects and numerous major underground electric transmission mains in New Jersey and neighboring states.

Bridge and road construction projects have become a main chapter in J. Fletcher Creamer & Son’s book of business, following its expanded presence in heavy highway construction after joining forces with another well-known name in the industry, Joseph M. Sanzari, Inc. Together, in a joint venture partnership, they have completed more than $1.5 billion of work. Ongoing projects include two deck replacement contracts on the Newark Bay extension of the New Jersey Turnpike, which are valued at $140 million, and the Route 46 / Route 3 interchange in Clifton, which is valued at $44 million.

Launching its sixth decade in business, Red Bank-based Torcon remains one of the most active construction management firms in the entire mid-Atlantic region. Its Philadelphia Navy Yard headquarters (in close proximity to southern New Jersey) was established in 2006 and has continued to grow, ranking the company the 6th largest construction firm in the city and surrounding areas. The firm ranked 160th on ENR’s Top 400 list and reports annual revenues in the neighborhood of $514 million.

One recently completed Torcon project is Bristol-Myers Squibb Company’s (BMS) state-of-the-art new office complex in Lawrence Township. The glass building is situated on 135 acres on Princeton Pike and consists of four office buildings connected by a four-story atrium, totaling approximately 555,525 square feet. The building is constructed with every consideration to the most energy efficient materials and processes. It is important to note that in addition to the new complex representing some 2,300 jobs in the Garden State, Torcon trained and put to work in excess of 2,700 tradespeople during the construction process.

Another significant project underway is Torcon’s construction of a new 200,000-square-foot wellness and events center at NJIT. “This truly iconic, multi-purpose facility will provide the campus community with a modern space for athletic activities, entertainment events, convocations and professional meetings,” Mauer says.

Another of New Jersey’s “Top Contractors,” listed at No. 100 on the ENR coveted list, is Weeks Marine, based in Cranford, which is being tasked with an epic project to safeguard our shores. Weeks Marine has been retained by the US Army Corps of Engineers to begin New Jersey’s costly beach replenishment project, currently in progress. The company, formed in 1919 by Francis H. and Richard B. Weeks, started with just two floating cranes in the Port of New York, handling bunker coal and dry ballast, and recently reported approximately $865 million in annual revenues.

Weeks Marine will serve as the beach project’s coordinator. Weeks began pumping sand in Ortley Beach in mid-April, marking the start of work on northern Ocean County’s beaches, severely damaged by Superstorm Sandy in October 2012. The Army Corps of Engineers is conducting a $128-million project to rebuild beaches and dunes in northern Ocean County. Of those funds, Weeks Marine was awarded a $92-million, firm-fixed fee contract for beach fill and initial construction from Manasquan Inlet to Barnegat Inlet.

Rounding out this card of featured heavyweights is Barr & Barr, Inc., an industry name which certainly needs no introduction, as it is most often recognized as being synonymous with ENR’s “Top Contractor” designation.

Barr & Barr, construction managers whose beginnings date to 1927, when Joseph R. Barr founded the startup as a modest construction company focused on delivering quality work with unrivaled service, has since grown to be a leading contender among the nation’s very best, reporting an average of more than $300 million in annual revenues. The company has come a long way from when Joseph R. Barr began to sharpen his construction skills and business practices working as a young engineer surveying land for the railroads in the American West. Our state capital, Trenton, is home to one of Barr & Barr’s Mid-Atlantic offices and where the company also recently completed a new 22,000-square-foot headquarters building for the New Jersey Association of Realtors.

Substantial projects here in the Garden State have ranged from a 25,845-square-foot math and science building adorning Morristown-Beard School to a 200,000-square-foot office building for MetLife in Hanover Twp., perched on an 11-acre-tract complete with a 425-space parking structure.

Another New Jersey project that should be looked at with great distinction taking place under the watchful eye of Barr & Barr is the new headquarters of insurance giant Crum & Forster, which retained 700 jobs here in the state. Crum and Foster’s decision to rebuild, in place, its 1972-era corporate headquarters on its existing 19-acre campus in the heart of Morris Township was good news for many residents and employees.

Following a brief period that included searching and comparing alternate location options, including many out-of-state alternatives, a plan was formulated to seriously consider taking on the arduous and costly task of reinventing its current corporate headquarters to create a more contemporary workplace, by today’s standards. This was done by adding more modern and conforming environmental systems as well as rebuilding the architectural shell of the existing structure to more appropriately showcase a corporate organization that strives for efficiencies, all while honoring the individual contributions of its associates and employees. The careful planning of the new facility and added amenities was led by design industry experts Kimmerle Newman Architects of Harding Township.