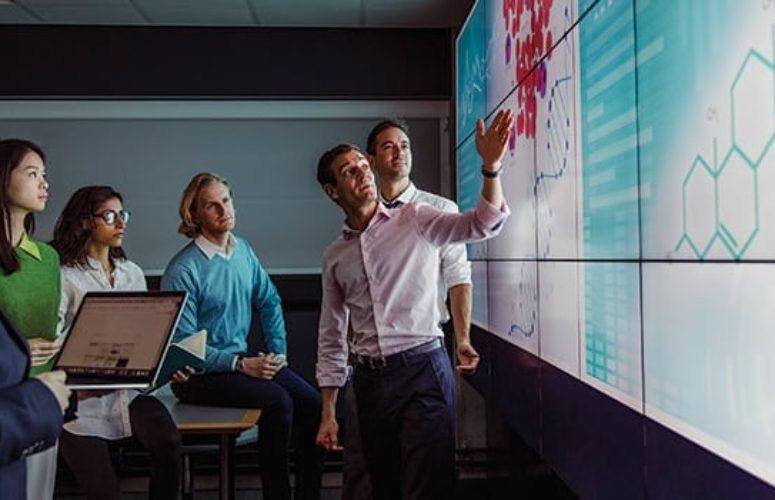 New Jersey has a rich history of being an innovation leader in spheres such as life sciences, healthcare and the various STEM fields. The state is ripe with businesses that bleed innovation, large and small. A lot of what these businesses are able to do, however, would not be possible without the outstanding leadership and advocacy of their respective industries’ agencies and trade associations.

These organizations, such as BioNJ, the HealthCare Institute of New Jersey, R&D Council of New Jersey, the New Jersey Tech Council, and more, are tapped into the inner workings of their industries, and advocating for positive change that will continue to allow businesses in the state to flourish – enabling New Jersey to continue to legitimize its moniker as the Innovative State.

“We believe that New Jersey already has many of the elements it needs to take its technology ecosystem to the next level with the goal of creating a fairer and stronger economy,” says New Jersey Economic Development Authority (EDA) Chief Executive Officer Tim Sullivan. “These elements include a network of world-class academic institutions, a robust research community, and a highly-skilled workforce.”

Sullivan adds that while New Jersey has a lot going for it in this regard, there is still more that can be done. He points to Governor Murphy’s stated priority to restore the state’s role as a national leader in innovation as a reason for optimism.

In March, the governor unveiled plans for a redevelopment site in downtown New Brunswick called “The Hub.” The project is approved for up to 4 million square feet of commercial development that will complement the recent residential, retail and entertainment growth and development in New Brunswick.

Sullivan says that the plans could fuel New Jersey’s economic future by serving as the state’s home for research and start-up incubation.

“Representing a minimum of 20 percent of the state’s GDP, the life sciences are to New Jersey what oil is to Texas,” says Dean Paranicas, president and chief executive officer, HealthCare Institute of New Jersey (HINJ). “To maintain our standing as the ‘medicine chest of the world,’ we need a STEM-educated workforce, state support for startups and an Administration and Legislature that embraces all that it takes to have a productive and attractive innovation ecosystem. [The Hub] is an excellent example of the public-private partnerships that are required to grow our high-tech economy.”

Another major initiative is the continued development of the New Jersey Research Asset Database. With the online portal set to launch this month, “Research With NJ” will facilitate access to research expertise and other assets at the state’s higher education institutions. It will serve to increase innovation exchange, establish greater collaboration between academia and industry, and aid universities in managing research enterprise.

“Built on a software platform from global information analytics giant Elsevier, and through the integration of existing databases at the university level, ‘Research With NJ’ will showcase the state’s leading research experts and facilities, enhancing the visibility of research output and increasing opportunities for collaboration,” Sullivan says. (For the full story on “Research With NJ,” turn to page 58.)

“We hear all the time from our partners in higher education that they want industry to tell them what their workforce needs are,” says Anthony Cicatiello, president of the Research and Development Council of New Jersey (R&D Council). “At the same time, we hear from industry that it needs academia to be a source of knowledge creation. Our takeaway is that there needs to better communication between the two so there is not a mismatch between what is being taught in the classroom and what is needed in the laboratory. Initiatives like the Research Asset Database are taking this inefficiency head-on so that there will be a more productive relationship between industry and higher education.”

“Additionally, we are seeing newly sponsored legislation that will positively affect the industry if passed, such as the proposal to increase the New Jersey Angel Investor Tax Credit from 10 percent to 25 percent with no budget impact,” adds Debbie Hart, president and CEO of BioNJ.

The past year has seen great progress being made as a result of the work being done by the various associations representing the state’s most innovative industries.

Hart says that for the life sciences industry, nearly 50 percent of all new novel FDA drug and therapy approvals in 2017 came from companies with a footprint in New Jersey – including the first two FDA CAR T approvals, which she says “represents a new era in cancer treatment in which your immune system enables your T cells to attack the tumor.

“For BioNJ, we were excited with the re-establishment of the New Jersey Biotechnology Task Force in late 2017. The bipartisan, bicameral Legislative Task Force has heard testimony from industry and academia and will make recommendations for policies and programs that have the potential to make a significant positive impact on the industry and the state,” Hart says.

For the R&D Council, Cicatiello says that he is proud of the organization’s success in deepening cooperation in the state among the main STEM players.

“This past year, we were awarded a grant from the Overdeck Family Foundation to further develop the New Jersey STEM Pathways Network and its four STEM Learning Ecosystems across the state that bring together STEM leaders and communities in common purpose,” he says, adding that this feat is complementary to the R&D Council’s other “cluster” integration initiatives like the Edison Patent Awards, Governor’s STEM Scholars, and Merit Scholars.

Lobbying for legislative change has also made an impact, and Paranicas says that winning another two-year suspension of the medical device tax, which threatened medical innovation and New Jersey jobs, was extremely valuable for the medical technology industry’s ability to develop new treatments for patients.

As for other progress in Washington during the past year, Paranicas says, “HINJ and its partners actively supported repeal of the Independent Patient Advisory Board (IPAB), a 10-year reauthorization of the Children’s Health Insurance Program (CHIP) and reauthorization of the FDA’s user fee program. The latter will produce increased FDA funding that should strengthen the agency’s ability to evaluate and approve new medicines and medical technologies in a more efficient and timely manner, while ensuring patient safety.”

Investing in the Future

“One of the biggest challenges that startups face are the barriers to entry,” Cicatiello says. “In a high-cost state, resources often get consumed even before the work gets started. Real estate, salaries and healthcare all need to get taken into account when an innovator starts to put an idea into practice, particularly in the pharmaceutical space, where time, trial-and-error, and long-term investments are crucial. Incubators such as the Commercialization Center for Innovative Technologies (CCIT) are seeking to fill this void.”

CCIT is a world class, 50,000-square-foot, life sciences incubator located at the EDA’s Technology Centre of New Jersey. The Technology Centre is a 50-acre, five-building research park in North Brunswick with more than $70 million invested in its development. It was created to meet the lab and office needs of entrepreneurial startups, emerging R&D companies, and large, established corporations in the biosciences.

The EDA also has a number of financial programs geared toward driving innovation, including the Technology Business Tax Certificate Transfer (NOL) Program.

“Considered a ‘lifeline’ for emerging companies short on cash, the NOL Program enables these businesses to sell unused net operating losses or R&D tax credits to unrelated profitable corporations,” Sullivan says. “Funding that the businesses receive will help finance their growth and operations and is non-dilutive, meaning entrepreneurs don’t have to give up equity in their companies.”

Additionally, last year, the EDA launched the NJ Covest Fund, which is designed to fill the funding gap that occurs between product development and commercial operation expansion, while at the same time helping New Jersey companies thrive and compete in the global marketplace.

While progress continues to be made, New Jersey needs to continue on its current trajectory if it wants to be considered a world class innovation hub.

“We must continue to invest in our institutions of higher education to have a more thoroughly built-out, competitive innovation ecosystem to support industry research,” Paranicas says. “There is also a need for greater recognition by policymakers of the life sciences industry’s importance to the state’s economy and the need for a business climate that encourages, rather than discourages, industry investment.”

“Our industry is optimistic that with Governor Murphy, who recognizes the importance of innovation and the need to foster growth through more incubators and more start-ups, the life sciences industry will grow and have a significant positive impact on New Jersey’s economy,” Hart adds.

“We think there has never been a better time for research and development in New Jersey,” Cicatiello says. “Our state is incredibly diversified with a living legacy of innovation and one of the most educated workforces in the world. We are living at a time of enormous technological and societal change, and New Jersey is perfectly suited to shape, and benefit from, the emerging trends in our country and around the world.”