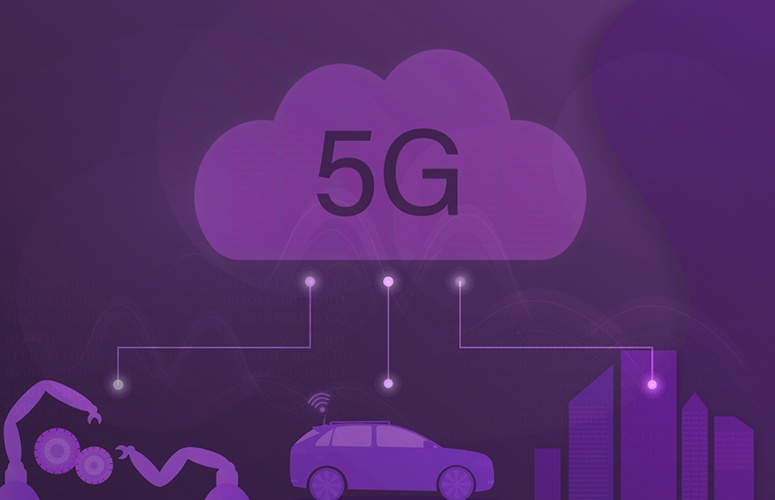 The New Era of Disruptive Technologies

Computational power and associated innovations are unleashing an array of technological developments that will not only disrupt marketplaces, but arguably alter the human experience itself.

While smartphones today can more rapidly transmit data than they once could, United States users are on the cusp of experiencing 5G technology, which will usher in extremely lower latency, vastly more capacity, higher security, scalability – and a staggering 99.999 percent reliability. Marcus Weldon, president of Bell Labs, who is also chief technology officer of the tech giant Nokia, tells New Jersey Business magazine, “Phone calls are actually 99.8 [percent reliable]. It is annoying that [they] drop down for .2 seconds, but it [does not] kill us … in an industrial system, that could cause a robot to veer off course and do something tragically bad; a car to hit something; a train to derail. We need 99.999 percent reliability [for 5G] systems.”

Weldon perhaps drives home a deeper point: While the internet largely transmits mere data, 5G will ultimately facilitate optimal interaction between machines and people, to – in Weldon’s words – “increase productivity in everything we do.” He explains, “5G is the foundational fabric between sensors, A.I. (artificial intelligence) systems, and outcomes – outcomes are what you want to achieve. For that, you need a new network.”

By 2020, consumers in the US will likely experience 5G everywhere via wireless communications service providers, with industrial applications following as the free markets unfold. China, in contrast, will implement 5G for industrial purposes first via government dictate, a planning technique not possible in the largely unfettered waters of Western democracy.

Dipankar “Ray” Raychaudhuri, distinguished professor and director, WINLAB, Rutgers University, is leading a National Science Foundation project that is aiming for a “clean slate” redesign of the internet, including its wireless and cellular components. Regarding 5G technology, he says, “The most disruptive part of it is that today (before 5G), everything we do goes back to an Amazon cloud, or some service provider’s cloud, way back inside the internet. And these applications are looking for a much faster response in a different architecture. There is a notion of edge computing, which is fully integrated with the wireless infrastructure that 5G would provide. That would give us lots of interesting, new capabilities.”

Bells Lab’s / Nokia’s Weldon adds, overall, “If you had a new network, and you didn’t have new robotics, new sensors, and new A.I., perhaps you wouldn’t make any change. Those things have to coalesce for it to be an industrial revolution … when that all coincides in time, magic happens, and that is really the era we are entering.”

And while Silicon Valley receives much of the fanfare for social media sites and software development, hardcore innovation still occurs in New Jersey, and not only within life sciences companies. Weldon says, “Bell Labs is often perceived as being something from the past, when Bell Labs is something very much in the present and in the future. The difference, I always say, is that the narrative has moved to Silicon Valley. Not because they do more interesting things; I would argue that they do less interesting things. But, they have much more marketing money, and much more popular perception, because they interact with consumers.

Cutting-edge technologies that disrupt marketplaces are historically common, and today, a swath of new developments is impacting not only companies and consumers, but likely the labor market and indeed international commerce. The accounting and law professions – among myriad others – are facing or will encounter massive disruptions as computer systems increasingly perform lower level tasks and can use their powers and large data sets to leverage decision making and other processes. Nearly every aspect of the scientific and medical community is being lubricated by supercomputers and data analytics.

Yet, Ghulam Rasool, a lecturer in electrical and computer engineering at Henry M. Rowan College of Engineering at Rowan University, cites at least a degree of “media hype” regarding A.I., explaining, “For example, autonomous cars: People have been working on autonomous cars for years and years, and we are still working on that. It takes time, and those cars are not – if you really look into those systems – very intelligent systems. I don’t believe that they can always make the right decisions, as human experts can. Our models are mathematical tools; they are advancing slowly to support our ideas about intelligence, but are really far from what is sometimes referred to as the singularity, when everything will be automated, and humans will have nothing to do.”

He stresses, “As an A.I. researcher who spends most of the day working on A.I. topics and reading the work of other researchers and doing research myself, I feel that we are really, still, far from true intelligence.”

Yet, progress in all technological spheres is nonetheless demonstrably staggering, and the average person need only examine his or her immediate environment to recognize the changes which are occurring both at home and – most likely – at work.

Rashaad Bajwa, president/CEO, Domain Computer Services; president/CEO of InternIT, and also president/CEO of 360score.me, wonders aloud, “I was recently in an Amazon warehouse. They have humans, but I can tell that is not the [future] plan. The plan is to have robots do everything in the warehouse, because the robots don’t call out sick; they don’t have daycare issues with their kids; the robots don’t have injuries or workers’ comp lawsuits. If all of the people lose their jobs [to autonomous vehicles], and all of the people in warehouses lose their jobs, what happens? … [However,] I am not concerned for the people who are educated and are at the top of that technology hierarchy, because somebody is going to be required to implement and integrate all of these technologies, and those people are going to get more money than they get, now.”

Wherever technology is on a continuum, one thing is certain: security in today’s hyper-connected world is difficult, if not nearly impossible. Even government intelligence agencies and major corporations have been impacted by breaches, and US residents’ personal information is literally digitally scattered throughout the cyber world. The Internet of Things (IoT) – which allows objects to connect with the internet – can facilitate many goals, but this magazine has already mentioned the case of a corporation’s attractive “smart fish tank” that ultimately allowed cyber criminals access to the businesses’ computer network.

Although the IoT “enables,” Noah Apthorpe, (PhD student in the department of computer science at Princeton University and also a graduate student fellow at the Center for Information Technology Policy) and his colleagues are researching the security of IoT devices designed for residential homes. They discovered a lack of encryption for home-based IoT devices, and – even though some of them are encrypted – outsiders might still deduce what is occurring in the home based on how the network’s traffic may increase or decrease. Additionally, home IoT devices are sending data to third parties and criminals also may take control of them to launch denial-of-service attacks on others’ computer systems.

What can be done to ameliorate the situation? Apthorpe says, “A lot of what needs to happen is sort of industry best practices regarding security; regarding authentication. [They] need to be put in place for these devices, and we think that may happen through some combination of [government] regulation or consumer pressure. People [will] begin to become more aware of privacy and security risks, and become a little bit more savvy shoppers in terms of thinking about those things when they go to purchase devices.”

It has been said that basic human wisdom remains mostly constant throughout human history within the context of vastly different cultures and societies – and that the only true changes are in the technological realms. Gutenberg’s printing press displaced the scribe, the industrial revolution changed the world and the automobile shifted the very fabric of transportation. What, then, of the newer technologies mentioned in this article? Where will they progress in the next decade? If smartphones were inconceivable in the 1970s, what is unimagined to humans today, but will exist in the future? It may be that the synergy of 5G, A.I., computational power, and other technological aspects pave the way for new paradigms that are not yet on anyone’s horizon. Whatever the case, New Jersey remains more of an innovation cluster than even many New Jerseyans appreciate, and disruptive technologies – whether originating from within or outside of the state – will impact the industries and the people who reside here. The more this occurs, the more there will be marketplace changes, and the more peoples’ everyday lives – whether at work or at home – will evolve in new and interesting ways.

Poll: The Good and Mostly Bad of Artificial Intelligence