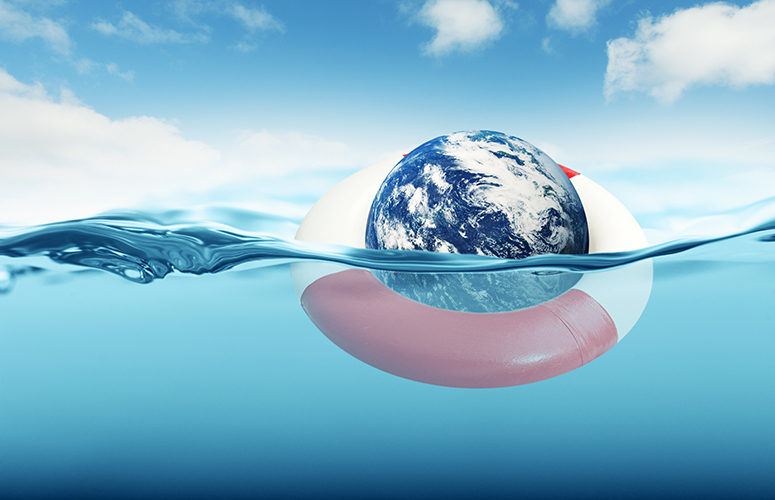 The Inherent Uncertainty in Regulating for Rising Sea Levels

By Ray Cantor, NJBIA Vice President of Government Affairs On May 29, 2020

The New Jersey Department of Environmental Protection (DEP) is moving to address the impact of rising sea levels as part of its climate change initiatives. In terms of publicity, it has taken a back seat to electric vehicles and New Jersey’s reentry into the Regional Greenhouse Gas Initiative, but in terms of potential impact, it deserves a great deal of attention.

DEP is developing a Coastal Resilience Plan to “evaluate policies, programs and regulations that must be modified or created to reduce risk, increase coordination across and within agencies, improve awareness and support local municipalities in achieving adaptation.” The plan is in the very early stages of development; DEP just held a public information session on May 7, one of its first steps.

Driving the policies will be an updated report by Rutgers University detailing New Jersey’s anticipated sea-level increases. The report predicts sea levels to rise between 1.3 feet to 3.5 feet from 2000 levels through 2070, depending on how warm the climate becomes and how much greenhouse gas emissions increase.

According to a timeline published by DEP, the first deliverable – Sea Level Rise Guidance – was due this spring, but will no doubt be delayed as the state deals with the coronavirus pandemic. The guidance is supposed to provide “designers, builders and regulators a science-based standard for building and design through 2050, facilitating consistent review of permits and approvals.”

The sheer scope of the impact alone ensures such guidance, and presumably future regulations will affect most of New Jersey’s coastline, stretching from the New York state border in Bergen County, around the Cape May peninsula and along the Delaware Bay and River to a point just north of Trenton. That’s 1,800 miles of coastline and a total of 3,218 square miles when “tidally impacted” inland areas are included. In all, 239 communities are involved.

The initiative will really be felt when DEP begins adding sea-level rise to the list of considerations for developing regulations under its existing statutory authority. Obviously, sea level is going to influence regulations under the Flood Hazard Control Act, but it will also be part of the regulatory considerations in Coastal Zone Management and Freshwater Wetlands.

Taken at face value, these proposals are reasonable. For the business community, however, the concern comes from the department’s historic tendency toward regulatory overreach. Trying to establish a rigid regulatory framework now to address environmental concerns that are 50 to 80 years in the future is not practical.

Sea levels are going to rise, and the historic data indicates they are going to rise more in New Jersey than they will on average elsewhere. Rutgers University is clearly qualified to conduct an analysis of potential sea-level changes, and its conclusions are sound. Predicting exactly how much and what impact it will have in 2070, however, is inherently uncertain; nature itself is unpredictable.

Addressing the impact of sea-level rise also needs to recognize that millions of people live in existing and eventual flood hazard areas, and we cannot expect them to just pick up and leave. New Jersey will need solutions that accommodate the lives and economies that are tied to these areas, and to develop mitigation strategies that are effective both environmentally and economically.