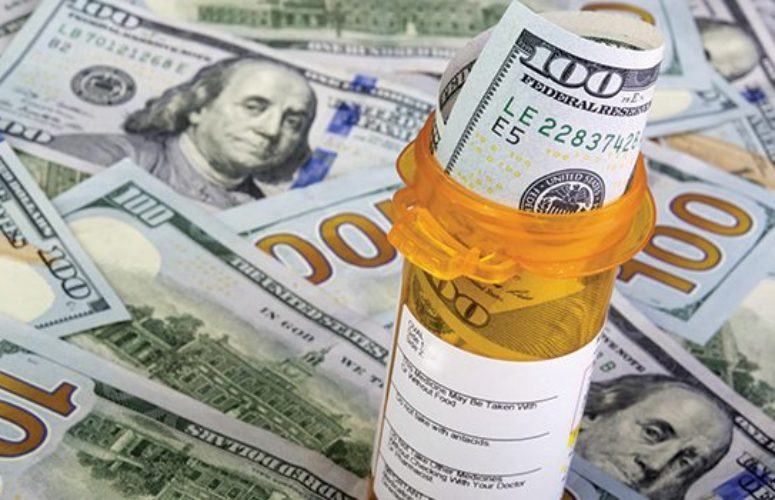 The ACA’s Employer Mandate: Play Or Pay In 2016

Business owners can no longer ignore the Employer Mandate provision of the healthcare reform law as federal regulators continue its phase-in. Even the recent Supreme Court challenge to the Affordable Care Act of 2010 around the issue of subsidies in King v. Burwell could not stop its implementation.

Mid-sized employers with 50 to 99 workers must comply with the mandate provision beginning on January 1, 2016, two years later than originally envisioned – or face government penalties. In explaining the grace period, insurers say that regulators had concerns that the required process would have been overly onerous for firms to implement in a timely manner.

At the same time, companies with 100 workers or more had to comply in 2015, but they received a different kind of grace period. Instead of being required to offer coverage to most of their full-time workforce, they could avoid fines by offering insurance to 70 percent of them this year and 95 percent next year.

New Jersey insurers have been working with business owners on the mandate since 2014, as have insurance brokers, CPAs and attorneys as well as some payroll providers. To date, they continue to help clients in making sure their plans meet the ACA’s three basic minimum requirements for employers, which will apply to all 50-plus companies beginning in 2016.

First, a plan must be deemed “affordable,” meaning it cannot cost more than 9.5 percent of an employee’s W-2 wages; second, it has to provide minimal coverage, that is, it has to have a certain level of benefits as calculated by the government; and third, it has to offer coverage to a certain percentage of the employee population in a firm.

Companies in the state with fewer than 50 workers need not comply with the employer mandate. Health economists say that compliance for these firms would present too big of a burden on them in costs and associated reporting.

Business owners frequently look to their accountants to assist them “because we deal with the IRS all the time,” says Klimowicz, who is a partner in the West Orange-based accounting firm of Bederson, LLP.

The Internal Revenue Service (IRS) will impose the penalties through company tax returns and their mandatory annual filing of the new IRS Forms 1094C and 1095C, which are due by February 29, 2016. They include data on employer benefits and employee hours to support compliance with the mandate.

“So far, everybody I’ve spoken with has started the ball rolling with their payroll providers and insurance carriers,” that is, gathering the data so they’re ready to do the reporting in 2016. Klimowicz’s feedback has been that “it’s a very time-consuming process.”

Many of her conversations with clients involve, a “quirk” in the law, which requires one to provide insurance for those who work 30 hours a week or more. “If you cut employees to 20 hours, you have to include them in your determination of workforce hours, but you don’t have to provide coverage for them.”

Some clients have proposed “switching to a part-time workforce,” she says, but they fairly quickly realize that “it might not be conducive to the efficient running of their businesses.”

“Regulations exist in the ACA to discourage firms tempted to reduce worker hours below 30 in lieu of giving benefits,” cautions attorney Verrall, a partner at the Houston, Texas office of Ogletree Deakins, P.C., with 40 office locations including Morristown.

As to whether a specialized attorney is needed to address the employer mandate, Verrall responds that “no huge need exists,” but “if you want to customize your healthcare plan document, you might want to talk with a lawyer.” His clients frequently get a bundled product from a large multi-location insurance broker, which generally has a legal counselor on its staff.

Verrall also points to industry associations as being helpful in sharing information about how others are handling the issues.

Reactions to the Mandate

Reactions from clients differ, but reveal a measure of dissatisfaction with the mandate processes.

Ogleetree Deakins’ Verrall reports various client reactions ranging from “it’s a pain to deal with” to “it’s only another issue and not the end of the world.”

Insurers, who have an inside track, also describe less than upbeat feedback. A frequently expressed comment is that “it is extremely difficult to keep up with the many changes that have and continue to take place around the ACA,” notes Michael Considine, Horizon Blue Cross Blue Shield of New Jersey’s vice president of consumer and small group markets.

Companies of various sizes “worry about staying in compliance with all of the rules and regulations,” Considine says. However, “Horizon views this as an opportunity to be consultative with our clients and brokers to help them navigate their way around the ACA.”

Horizon BCBSNJ is providing web-based educational resources and direct communications to businesses and brokers to help them understand and comply with the ACA.

Feedback from the business community is equally downbeat. Joseph Berardo, CEO of MagnaCare, which markets only self-insured products, points to general dissatisfaction stemming from increased cost, more premium tax, more reporting and other requirements from the government.

The people who are happy, Berardo observes, are those individuals getting subsidies or those now eligible for Medicaid. “Other than that, there’s a fair amount of displeasure out there.”

His colleague, Ryan Petrizzi, AmeriHealth New Jersey’s vice president of consumer markets and sales operations, highlighted the irony surrounding brokers in a changing industry. Even though many brokers expressed concern that the need for their services would decline, Petrizzi believes that “brokers are needed by businesses now more than ever to help respond to the law’s complexities.”

Munoz adds that “in a lot of ways, it (the ACA) made it more expensive because it added benefits complexity that required a lot of investment across the industry and created confusion that needed to be cleared up.”

On the bright side, the rules “are not going to be onerous for the vast majority of New Jersey businesses,” speculates Joel Cantor, Sc.D., of Rutgers University. The state already had reforms in place when Congress passed the ACA, which then became an overlay.

“They should be able to make small changes to bring plans into compliance and avoid any penalties,” says Cantor, who directs Rutgers’ Center for State Health Policy. “So this is not as heavy a lift as it might have been otherwise.”

MagnaCare CEO Berardo speculates that the real value of the ACA is not going to be seen for another 5 to 10 years. “It will come in the form of integrated systems of care,” he says, “so doctors connected with hospitals connected with insurers, all sharing information, will lead to managing the chronically ill more effectively and not duplicating services.

“The near term effect of the ACA is an increase in costs, but it’s all laying the groundwork for essentially moving the financial risk over to the providers more,” he continues. Big hospitals are trying to organize physicians around them, and they’re trying to organize products and ACOs (accountable care organizations).

“You’re going to see providers becoming insurers and insurers becoming providers. We have a parent company that also owns a health system,” Berardo adds. He believes that “a blurring of the lines” between insurers and providers must take place in order to become more efficient.

“To keep an independent market system, everybody realizes we have to be part of the solution,” Berardo continues. “A lot is going to be driven by the new provider organizations that are forming now.” The hospitals in New Jersey are merging. New partnerships are forming.

AmeriHealth New Jersey’s Munoz appears to generally share these views. “The goal is for AmeriHealth New Jersey to cultivate relationships with physicians and hospitals to manage medical costs, develop low-cost, high quality products and enhance the patient experience,” he comments.

“What the ACA did was to accelerate the dialogue with medical providers to figure out how to bend the cost curve and to provide high quality care at a more affordable level,” he continues. “The reform in itself didn’t necessarily do that.”

AmeriHealth New Jersey took a big first step in 2013 when it announced that Cooper University Health Care had acquired a 20 percent interest in its business. The move formed a partnership between a health insurer and a hospital system. It was hailed as being the first in the state.

As a result, the partnership launched new co-branded insurance products for small businesses in Camden, Gloucester and Burlington counties. In 2014, its offerings were expanded to include Atlantic and Cape May counties.

Cooper has more than 500 physicians in South Jersey and a network of over 100 outpatient offices for the delivery of affordable and quality care available to individuals and small businesses. The collaboration is expected to break down the traditional barriers associated with healthcare by having two organizations work together as one to build an accountable care (ACO) model.

It now remains to be seen whether – and to what extent – the brave new world of healthcare that insurers envision will live up to expectations.

At the same time, the employer mandate as outlined in the ACA’s Employer Shared Responsibility Provision continues its path towards full implementation.

Lawmakers included the mandate within the overall law “to maintain the status quo of employers offering and helping to pay for employee coverage,” according to Rutgers University’s Dr. Cantor.

Yet, some health economists debate how important the mandate is for achieving the goals of reform, he says, and many analysts believe that the ACA would do fine without the employer mandate.

“It would probably shift some of the cost to the government and away from employers, but not a very large scale shift. That being said, the mandate is the law; its implementation was delayed, but now it’s being phased in.”

CPA Klimowicz also focuses on the practical side in describing her recent client experiences: “Once you get the process moving, it seems to be going fairly efficiently so far, but we haven’t gotten to the point of submitting reports yet.

“We really won’t know, I guess, until next March or April, when the IRS notices start coming out. Now we’re off and running this year and we’ll see where we end up.”

[The IRS has published several guidance publications on its website, including detailed Q&As to help employers determine the impact of the mandate. www.Healthcare.gov is also a comprehensive, up-to-date resource for ACA information of interest to the business community – Horizon Blue Cross Blue Shield of New Jersey].

NJ to Provide $2M in Funding to Assist with ACA Enrollment