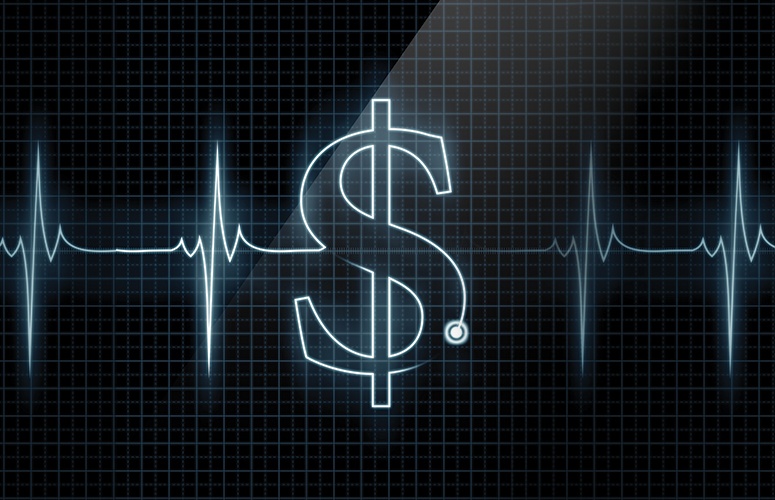 A recession may be on the horizon, but bankers see businesses as resilient.

New Jersey bankers are confident that 2019 will be a good year for the industry. However, global uncertainties, competition from non-traditional fintech players, state mandates, and other challenges continue to be of concern, with some executives already seeing the economy slowing down, and others seeing recessionary pressures occurring in the second half of 2020; more specifically, after the next US presidential election.

Kevin Cummings, chairman and CEO of Short Hills-based Investors Bank, says wages and personal income continue to grow and consumer confidence remains upbeat coming out of a strong 2018. The December and January job numbers were the strongest two-month period since the recovery (Great Recession), though February 2019 results were disappointing, according to Cummings.

“Because of the strong job growth, it is not a high probability that there will be a recession this year. However, New Jersey is dependent on global conditions, and there is certainly some softness in Europe. The question mark is what happens with Brexit, and then there is the 800-pound gorilla in the room … trade negotiations with China,” Cummings says.

The Investors chairman says the second half of 2020 is probably the earliest the nation will see some recessionary pressures because “the federal reserve won’t increase interest rates leading into a presidential election.”

As someone who has spent decades in the banking and accounting fields, Cummings also observes, “At the end of every decade we seem to have a recession. I saw it at the end of the ‘70s, ‘80s, ‘90s, 2008-2009, and I think we are nearing one now, but this time it might be delayed until 2020-2021. However, I think [the banking industry] is well prepared with safeguards that regulators put in place. The industry has learned from the prior excesses of the past.”

Paul Van Ostenbridge, president and CEO of Midland Park-based Atlantic Stewardship Bank, mirrors Cummings’ viewpoint when he says global trends reveal an economic slowdown. New Jersey businesses are doing well, but those involved in importing and exporting may be impacted by issues such as a weakening Chinese economy, trade talks and Brexit, he says.

“There is a lot of talk about a recession and it seems inevitable, but the question is, ‘In what year it will be: 2020 or 2021?,’” Van Ostenbridge says. “If or when one does hit, a recession will not be as bad as the past Great Recession. This is something that the Federal Reserve is working diligently to control.”

He does add that depositors are tired of the low interest rate environment and some are going to alternative financial institutions for higher rate products. This has created a climate where “all banks are chasing deposits,” Van Ostenbridge explains. “The normal growth rate in deposits is not what it has been, and it is not strong enough to support borrowing activity; the capital banks use to invest in loans. This forces a bank to go out and borrow money to fund the needs of its customers. It creates a pinch in earnings, but banks are used to this up and down swing in deposit flow.”

What is helping banks across the country is the easing of federal regulations under the Trump administration. Last year, Congress passed and President Trump signed the Economic Growth, Regulatory Relief & Consumer Protection Act, which made limited amendments to the Dodd-Frank Wall Street Reform and Consumer Protection Act passed in 2010 in response to the financial crisis of 2008.

The most substantial changes in last year’s legislation impact small, mid-sized and certain regional banks. For example, the act: increases the asset threshold for “too-big-to-fail financial institutions from $50 billion to $250 billion; provides an exemption of the Volcker Rule (which prohibits banks from conducting certain investment activities with their own accounts and limits their dealings with hedge funds and private equity funds) for insured depositary institutions with less than $10 billion in consolidated assets; and eliminates stress tests for bank holding companies, banks and other financial companies with less than $250 billion in assets.

“The new regulations coming out of Washington are something we have been looking forward to for quite some time,” says Van Ostenbridge. “Any relief that comes [our] way provides more capital and more assistance into the local markets.”

While changes in federal regulations have benefited the banking industry during a time of deposit shortages, New Jersey’s increase in the minimum wage and the potential lowering of the millionaires tax threshold (from $5 million to $1 million as proposed in Gov. Murphy’s FY 2020 budget) has bankers concerned about the local economy.

On the proposed millionaires tax threshold change, he says it may not cause businesses to leave the state “because companies adjust to high cost markets like New Jersey, New York and Connecticut, but it will impact retiree decisions on the question of whether to remain or leave the state. As folks get older and retire, their decision on where to live is impacted by taxes and the cost of living,” he says.

Vincent Micco, senior vice president/director of commercial lending at Kearny Bank, adds that last year’s increase in New Jersey’s corporate business tax has created a headwind for banks and businesses. “New Jersey now has one of the highest tax rates in the country. It doesn’t lend itself, from a reputational standpoint, as being a hospitable place to expand a business,” he says.

ASB’s Van Ostenbridge comments that “small business owners are concerned about the [various] mandates because their profit margins are not as large as they were prior to the Great Recession. … So, if you are an entrepreneur, you react and adjust. Sometimes that means closing the doors, but I don’t see a lot of that happening.”

Ira Robbins, CEO of Valley National Bank (today known as “Valley”), says other challenges facing banks in the state are “the long-term structural demographic changes taking place, which are compounded by tax changes, such as SALT (a federal change). Another challenge is competition, because New Jersey is one of the most heavily banked markets in the country.”

Fintechs and Other Competitors

Bankers are concerned about competition from those financial technology (fintech) companies that are starting to offer banking services – while not being under a regulatory microscope as traditional banks.

According to Kearny’s Micco, “Some of the entities we are competing against are not banks. They do not necessarily have to comply with the same level of regulatory oversite as banks do … but more and more, consumers have demonstrated a willingness to go beyond the traditional banking providers to obtain credit and invest funds … [and] banks will experience pressure both on the funding and loan generation front.”

According to Cummings, “The biggest challenge is what people call the ‘shadow banking system.’ These companies work outside the Federal Deposit Insurance Corporation (FDIC) … they work outside the regulatory environment. It may cause more risk to the general economy, but we have to compete with these companies. We have a saying at Investors Bank: It’s not business as usual. It’s business unusual.”

Cummings is not worried about smaller fintech companies with little capital, but larger entities such as Google, Facebook, Amazon or Apple, for example, that are flush with billions of dollars in cash. “They would be more formidable competitors because of their capital strength,” he says, adding, “If a small fintech is successful, a big bank or even an Investors Bank, can buy it. However, if you get an Apple or an Amazon with a strong balance sheet, we are not able to buy that type of company.”

Meanwhile, Valley views more traditional fintechs as “an opportunity to leverage expertise to help provide a better product to our customers,” Robbins says. “We have a handful of fintech partnerships today and are constantly assessing other opportunities. The reason is because we are focused on building infrastructure that allows us to tap into new products and, in many cases, come to market faster than some larger banks that have access to greater tech budgets.”

Valley spent $20 million more, on an incremental basis, on technology in 2018 than it did in 2017, according to Robbins. “The focus has to be about driving down the allocation for running the organization and increasing the allocation for innovation. If we are able to create a culture that embraces innovation, we can solve more problems and most customer pain points, and provide a differentiated service,” Robbins says.

Kearny Bank’s Micco sees the digital service expectations of the bank’s clients evolving in parallel with their experiences in other retail industries. Therefore, “the ability for our clients to be able to bank with us how they want, when they want, in the service channel they prefer is a key focus of our bank’s executive team,” he says. “We are looking to deploy origination solutions such as online account opening for both deposit accounts and mortgages. Artificial intelligence and machine learning will play an important role in systems that help to identify account fraud and automating repetitive tasks.”

Meanwhile, Wells Fargo’s Dontas says investing in IT is a “top-of-the-house priority” at his institution, especially when it comes to investing in cybersecurity measures as well as addressing customer needs. He adds that as one of the largest consumer banks in the country, Wells Fargo can leverage its investment in technology over “millions and millions of customers … and that is the advantage we have over a smaller regional bank,” he says.

Whatever happens over the next few years, banks and their business clients have learned lessons and have become stronger in the aftermath of the Great Recession.

“Lessons have been learned over the past 30 years,” says Dontas. “The ramifications of the dotcom bust, the real estate cycles we have gone through, as well as the financial challenges of ’08 and ’09, have all contributed to where we are today, in a positive way. The future is optimistic. Companies are disciplined as it relates to planned expansion and capital expenditures, plus their balance sheets are generally strong.”

Van Ostenbridge adds, “Businesses owners are resilient. They are finding ways to make it happen. It is all part of the American heritage, and New Jersey businesses continue in that vein.”

From jobs to generated state and local taxes, financial institutions continue to play a critical role in state’s success.

Among the study’s findings, commercial banks and savings institutions:

Each $1 million in total expenditures made by the industry is estimated to generate:

According to NJBankers President and CEO John E. McWeeney, Jr., “The results of the study validate what we already knew, that is that New Jersey’s banks are major direct contributors to the success of New Jersey’s economy. When you add to that the significant level of economic activity driven by bank lending and the extensive support banks provide through charitable giving, sponsorships and volunteerism, New Jersey’s banks play a critical role in the state’s success.”