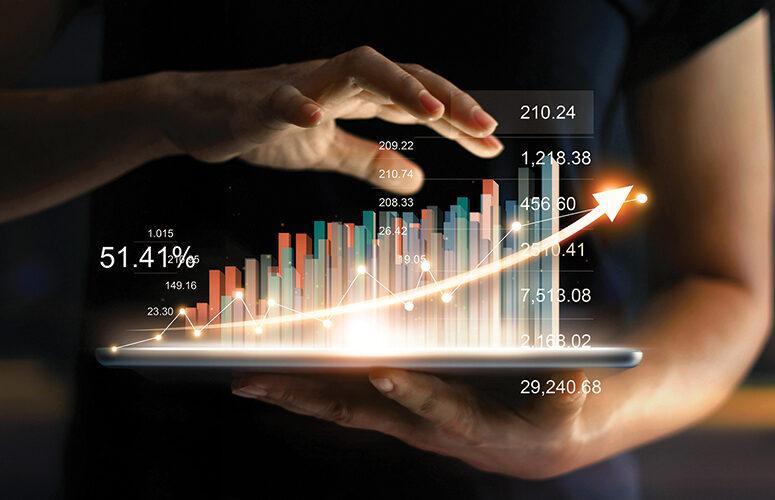 Support from the Murphy administration is praised, while industry experts discuss additional solutions and needs for the state and its high-tech startups.

New Jersey has many notable attributes for attracting and retaining innovative companies, but government entities and high-tech industry trade groups are not satisfied with the status quo. Remaining so means stagnation in the face of competition, whether it’s regional, national or global. It runs counter to the meaning of “innovation.”

Tim Sullivan, CEO of the New Jersey Economic Development Authority (NJEDA), says that recapturing New Jersey’s place as a leader in innovation and creating the most diverse and inclusive innovation ecosystem in the nation are central to Gov. Phil Murphy’s vision for a stronger and fairer state.

However, before getting into the ways state government and technology trade groups are attempting to strengthen New Jersey’s innovative ecosystem, it is important to first discuss the state’s foundational strengths.

“New Jersey has long been a hub for innovation,” says Judith Sheft, executive director of the state’s Commission on Science, Innovation and Technology (CSIT). “We are home to more than 3,200 successful life sciences companies, including 12 of the top 20 pharmaceutical firms [in the world].”

The state is also home to the highest concentration of scientists and engineers and more biochemists and biophysicists than any other state, Sheft continues. “Additionally, our network of more than 150 top-rated higher education institutions and nation-leading public education system also ensure that companies that locate here will have a strong talent pipeline to draw from as they grow,” she says.

Still, these facts and figures do not tell the whole story. The state is also an expensive place to do business, while the flow of venture capital to high-tech companies in New Jersey has been declining for more than a decade.

The state is now fighting hard to recapture this lack of investment.

The recent signing of the New Jersey Economic Recovery Act of 2020 has finally brought to fruition the New Jersey Innovation Evergreen Fund (NJIEF), a public-private partnership that will use funds raised by auctioning off tax credits to invest in New Jersey-based companies, with returns flowing back into the fund to support additional investments.

The NJEDA will raise funds for the NJIEF over five years by auctioning off $60 million of tax credits annually to corporations registered to do business in New Jersey. Auction bids will be evaluated according to price and strategic commitments the bidding company makes to support NJIEF’s portfolio companies.

Professional, institutional venture capital investors can apply for formal review. Those that meet the NJEDA’s criteria will have access to up to $10 million per year to invest in New Jersey-based companies in innovative industries. The NJEDA will return dividends and returns on investments to the Fund, making it self-sustaining or “evergreen.”

According to Aaron Price, president and CEO of TechUnited, formerly the New Jersey Tech Council, the Innovation Evergreen Fund “signals that the state is putting money to work in high-tech companies; that we want to see them grow here, and that we want large corporations to invest in them.”

Working in the tech community for more than 30 years as a serial entrepreneur and founder of the Propelify Innovation festival, Price says the state is known for its high taxes and high service costs. However, the Murphy administration’s view that high-tech and innovation matters, sets the right tone that New Jersey should get a second look from the tech community, including start-ups and venture capitalists.

Here is a list of other programs within the Economic Recovery Act that will help the growth and development of high-tech startups:

In addition to new and improved programs under the Economic Recovery Act, Governor Murphy’s proposed budget includes a $10-million allocation to support the creation of a Black and Latino Seed Fund. “This seed fund is an important step toward tearing down the institutional barriers that hold Black and Latino entrepreneurs back and replacing them with accessible resources that respond to these innovators’ unique needs,” Sullivan says.

The NJEDA director also points to the New Jersey Wind Port in South Jersey. This will be the nation’s first purpose-built, greenfield offshore wind marshalling port. Along with a new monopole manufacturing facility in Port of Paulsboro, New Jersey is fast becoming a hub for the offshore wind industry, according to Sullivan.

Meanwhile, TechUnited’s Price says his organization plans to introduce an accelerator, hopefully at the October Propelify event, where entrepreneurs can not only take advantage of the connectivity that the organization can provide, but also receive investment support from TechUnited so that startups have the financial support to grow, Price says.

“Our investment would probably be the first capital a startup or entrepreneur would receive, perhaps $100,000 to $125,000. Participants would go through an educational program with a highly visible demo day to attract investors,” he says.

Regarding accelerators, Price says New Jersey is underserved. “We have fantastic talent, but we are losing it to other markets. The reality is the best founders in the world fly to the top accelerator programs and often set up fulltime facilities there. I’m not saying New Jersey needs 75-plus accelerators, but we need a few that are great,” he says.

In other areas, TechUnited is connecting entrepreneurs with large corporations and enterprises via, for example, a Better Wellness program with RWJBarnabas, and soon, a Better Planet program with Public Service Enterprise Group. Both programs have a $50,000 startup competition, but Price says it’s more than just about the money … it’s about making connections.

When asked what areas the state could do more in to further grow the innovation economy, Anthony Cicatiello, president of the Research & Development Council of New Jersey, says the single biggest challenge New Jersey has always faced is visibility. “There’s the old adage, ‘It’s not enough to do something, you’ve got to be seen doing it.’ The R&D that is coming out of corporate and university labs and startups is transformative. That incredible story needs to be told. Telling that story is costly and hard to sustain, but it has to be done and directed over multiple years,” he says.

“NJSPN supports six STEM ecosystems across the state, bringing together local, regional and statewide STEM stakeholders to develop and implement cradle to career high-quality STEM programming,” Cicatiello says. “The Governor’s STEM Scholars recruits New Jersey’s best and brightest STEM students, seeking to lessen the infamous New Jersey student brain drain. We are stimulating the next generation of STEM leaders through this program, and our goal is to keep them connected to New Jersey.”

Finally, Cicatiello is glad to see New Jersey’s public officials realizing that they can’t take the state’s research-driven economy for granted. “We need a cohesive set of policies that both federal and state officials can rally around,” he says. “We need to advocate for the research community, for infrastructure, and for investment in basic research that government can direct to those organizations that show promise and potential. … There is always room for improvement, but success is not cheap.”