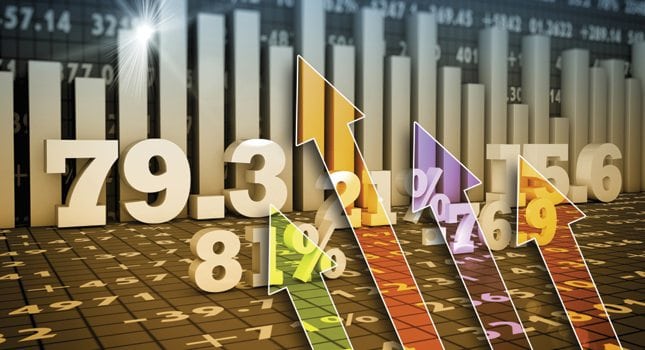 What It Takes to Market the State

“We need[ed] to give people, businesses and innovators a reason to ‘Choose New Jersey’ if we’re going to create meaningful, well-paying jobs and turn around our economy,” Governor Christie said during the launch of the corporation. Four years later, Choose New Jersey continues to play an integral part in that ongoing turn around, according to Tracye McDaniel, Choose New Jersey’s CEO.

As part of the state’s Partnership for Action, Choose New Jersey “aggressively and proactively spreads the word on a daily basis about New Jersey’s strengths as a business location by meeting face-to-face with industry leaders at (international and national) trade shows and various other business forums,” McDaniel says.

Who does Choose New Jersey target when promoting the state as a prime business location?

And in terms of industries, Choose New Jersey focuses on: Life sciences; financial services; information technology; logistics; warehousing and transportation; advanced manufacturing; aerospace and aviation and alternative energy because, “those are the kinds of companies that really showcase what New Jersey is about and plays off of the state’s strengths.”

McDaniel highlights the fact that New Jersey has one of the most highly skilled and educated workforces in the United States and is in an ideal location on the East Coast. Choose New Jersey’s tag line of “Highly educated, perfectly located,” is “perfect for letting companies know what we [as a state] are about,” she says.

As a native of Texas, McDaniel – who refers to herself as an “outsider” – has always thought highly of the state and coins New Jersey as the “brain trust” of the nation because of the “high-quality workforce, which makes it a great place for companies to come to recruit top talent, especially when it comes to scientist and engineers,” she says.

“As far as top states for education, we have more than 63 colleges and universities, three medical schools and 11 schools that basically grant science, technology, engineering and math (STEM) doctorates,” McDaniel continues. “That is pretty intense and aggressive and makes us extremely competitive. We are higher than the national average of having graduates with bachelor’s degrees. The national average is approximately 28.5 percent and New Jersey comes in at more than 34 percent. Also, more than 30 percent of the state’s workforce has a graduate or professional degree compared to the national average of 10.6 percent. That is a big difference.”

In addition to the advanced workforce, McDaniel says that New Jersey is being recognized around the world as having global assets, meaning “we have seaports, airports and connectivity through roadways and railways. These things alone make the state a perfect location for a global headquarters and companies are seeing that.”

McDaniel likes to point to the fact that Choose New Jersey is a privately funded corporation and that it is a vital part of the way the organization operates.

“We market the state with no public dollars, which is important because it frees up those dollars for other resources,” she says. “We have about 45 contributors and those contributors represent a workforce of more than 1.2 million people in the state. That is nearly a quarter of the state’s private-sector workforce. We are one of the few organizations that doesn’t use New Jersey’s dollars, and I feel that this is what makes us a model as far as the next generation of economic development entities goes … and that others will follow.”

Speaking of the next generation, the next generation of technology has been changing the way Choose New Jersey conducts its business. One of the things the organization does is serve as a facilitator “in assisting company executives, site selectors, real estate brokers and other consultants in finding the right location.” McDaniel says that with newer technologies, companies are expecting information regarding site selection to be available in an instant – at anytime and anywhere. In order to give companies this ability – among others – the organization recently launched what it calls a concierge service. “We create a password-protected micro website for businesses with tailored information like site selection services and specific forms they need to fill out, etc. We aren’t exchanging paper like we used to in big proposals, and everything gets done in a matter of hours and days, instead of weeks and months.”

“[The calculator] serves as sort of a teaser by showing companies that if they locate to New Jersey, x amount of dollars is what they can receive in incentives. That way, the ball gets rolling so to speak,” she says. “Then, we can sit down and work with these companies to qualify that lead and introduce them to the New Jersey Business Action Center (NJBAC) and New Jersey Economic Development Authority (EDA), for instance.”

In working with the BAC, EDA and now the Office of the Secretary of Higher Education, Choose New Jersey acts as the “bait” that “hooks” the companies in wanting to establish business in New Jersey.

“We are the front end of this Partnership for Action pipeline as far as generating awareness and selling New Jersey, while creating conversations with potential companies,” McDaniel says. “And, once we get that prospect or lead, we hand it off to the BAC and EDA to help match these companies with other state resources. … One may ask where does the Office of the Secretary of Higher Education come in? There are so many companies out there that are very interested in collaborating with academia that it helps to bring the two together. Having all of these entities working together helps expedite things so we can continue to remain competitive as a state.”

Regarding remaining competitive and showcasing New Jersey as an excellent place in which to do business, McDaniel concludes that along with the rest of the Partnership for Action, Choose New Jersey continues to strive to get the attention of businesses because “states, regions and countries around the world are always trying to take jobs from New Jersey. So, it is important that we continue to make sure we are constantly out there pushing the state’s message and continue to be one of the top places to conduct business in the world, while improving the state’s economy.”

Why (and How) Companies Move to New Jersey