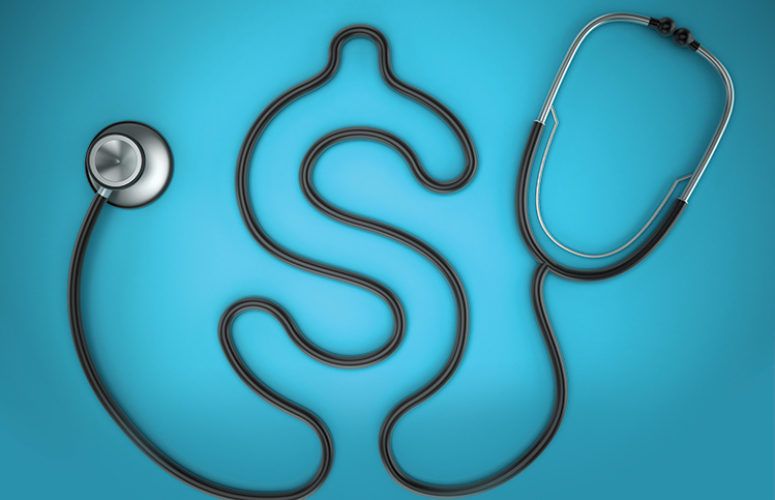 Murphy administration and health insurance companies are trying to keep premium increases to a minimum.

Greater usage of the healthcare system, medical inflation and the high cost of new drugs are some of the factors contributing to increasing health insurance costs for traditional employer-sponsored coverage and in the marketplace, where changes made by the Trump administration and the uncertainty of its future are also driving cost increases.

Insurers and Gov. Phil Murphy are taking steps to try to shore up the marketplace and blunt the cost and other factors that lead to higher premiums to keep health insurance within the reach of individuals, employees and businesses.

“There is some light at the end of the tunnel with Gov. Murphy and the fact he is being so aggressive with regard to revitalizing and stabilizing the individual marketplace in New Jersey,” says Mike Considine, vice president for consumer and small group markets at Horizon Blue Cross Blue Shield of New Jersey, which has 3.8 million members.

In particular, two laws Gov. Murphy signed at the end of May should “go a long way to minimize and offset premium increases,” Considine adds.

One of those laws establishes an individual mandate in New Jersey with those who are uninsured assessed an annual penalty equivalent to the amount the federal government will abolish next year. Part of the state’s efforts at bolstering the ACA in New Jersey is to do significant public education and outreach about the mandate and the importance of being insured. That is meant to, at least partly, make up for the federal government’s drastic cut in marketing Obamacare.

The other law seeks federal permission for the state to create a reinsurance plan to stabilize premiums in the individual health insurance market. If that is approved, the state could get federal funds to spend – in addition to money paid in penalties by those in the state who are not insured – to help reduce – by as much as 20 percent – whatever increase in premiums are expected in the individual market in a given year.

Mike Munoz, market president of AmeriHealth New Jersey, applauds the state’s creation of its own minimum health coverage mandate, particularly given the lack of action by Congress.

“While it’s unlikely we will see critical healthcare reforms introduced at the federal level before November, our hope is that Congress will commit to stabilizing the individual market for 2019 and beyond,” Munoz says.

This year, premiums rose by as much as 28 percent in the individual market. Horizon officials said last year (when the costs were announced) that the average premium would have increased by less than 10 percent had it not been for the federal weakening of the ACA. Considine says that the end of funding for cost-sharing reductions and the marketing of the insurance exchanges have been especially harmful.

“The government has done all it could to damage the ACA,” he says.

Gov. Murphy signed another new law that should help keep premium increases down. It will require healthcare facilities to disclose to patients whether providers are in network or out-of-network and give them fee estimates when requested, includes some cost containment provisions and creates an arbitration system to settle billing disputes. The state estimates that 168,000 New Jerseyans receive out-of-network bills totaling $420 million each year and many of the out-of-network bills are shifted to health insurers, who then pass along their costs in the form of higher commercial insurance premiums.

Mary Beaumont, NJBIA’s former vice president of Health Affairs, says the new law “will help businesses contain costs at a time when out-of-network bills are contributing to escalating premiums and, for some companies, dropped coverage.” The bill strikes a fair balance between reasonable compensation to facility-based providers and consumer protection.”

“In particular, prescription drug costs are accelerating and Specialized Pharmacy stands out as a major contributor,” Mishkin says, explaining that Specialized Pharmacy focuses on high cost medication therapy for patients with such complex diseases as cancer. “Everyone in the healthcare funding arena has their eye on the costs involved with Specialty Pharmacy, not to withhold access to these remarkable drugs, but to ensure that the administration of the drug is appropriate and effective.”

Small employers, in particular, need to look for value in the plan offerings available to them and what plan designs will best accommodate workforce needs, while paying attention to employee contributions, Mishkin says.

“To achieve a well-rounded result, it’s important to be accepting of new options available to help control costs while also keeping in mind employee satisfaction with the plan or plans offered,” he says. Educating employees is important, as is “providing employees with plan choices that can help alleviate individual employee concerns about coverage while maintaining an acceptable employer cost structure.”

A Multiple Employer Welfare Arrangement or MEWA, such as Association Master Trust, which is available to New Jersey Business & Industry Association members, can help mostly small employers join together to get group employee benefits at a more affordable cost, according to Mishkin.

By banding together, MEWA employers pool their contributions for greater bargaining strength and benefit from the economies of scale.

“MEWAs strive to control the plan’s ‘controllable costs’ such as the expenses related to administration and distribution,” Mishkin says. “In the view of many, properly regulated MEWAs can offer small employers a terrific alternative to the conventional insurance market in terms of health plan costs, service and benefits.”

Beaumont sees the potential for cost containment in the growing use of telemedicine, in which a patient consults with a provider electronically via computer or phone visual chats. State law governing the practice is almost a year old and regulations governing telemedicine are in place.

The state’s insurers are taking steps of their own to try to both reduce the cost of care and of insurance.

Horizon is engaged in a marketing campaign to educate the public about the importance of having health insurance, and the insurer is committing significant resources in the Hispanic community, in particular. Horizon is partnering with Sanitas in opening three planned Sanitas Medical Centers in the state. The first two multiservice centers are open in Union City and Belleville. The medical centers provide primary care, urgent care, laboratory, diagnostic imaging services, and wellness and disease management programs. The centers are open in the evenings and weekends and include local diverse medical teams of Spanish speaking doctors to address the needs of the growing Hispanic community. By working closely with Horizon, Sanitas is improving the quality of care and the patient experience while reducing total cost of care. The centers’ staff focuses on prevention and screening and handles most of the patient’s needs at the primary care setting, which helps to reduce waste in the health system, according to Sanitas’ Chief Executive Officer Dr. Fernando Fonseca.

Considine says Horizon’s OMNIA program, launched in 2016, has been playing a “vital role in keeping costs under control.” It focuses on the quality of care, rather than the number of services or procedures – some unnecessary and inefficient. Premium increases have been kept low at the same time patient outcomes have been positive.

“Patients in those practices are getting and staying healthier,” Considine adds.

The move away from an emphasis on more services to one focused on high value services that bring results is being more broadly embraced as a way to both cut costs and provide better care.

“We also believe insurers, hospitals and doctors must work together to embrace the shift towards patient-centered care, which rewards hospitals and doctors for higher quality care rather than just quantity of care,” Munoz says. “By setting the right incentives and tying them to health outcomes, we are encouraging doctors and hospitals to deliver the right care, at the right place, at the right price. These provider partnerships create more network and plan choices, as well as more affordability, for our members.”

Amerihealth is upgrading its cost estimator tool that gives members greater information about, and control over, their choices for care and potential costs.

“We’re committed to providing tools and resources that empower our members to make informed decisions,” Munoz says. “For example, later this year we are launching an enhanced version of our Cost Care Estimator tool, which will allow members to compare estimated out-of-pocket costs across different providers based on claims data and their benefit plan, in addition to estimating the cost of prescription drugs.”