From Taboo – to Terrific – Tattoos 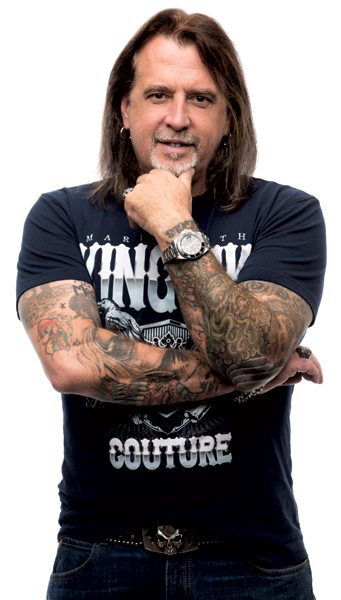 Not only has entrepreneur, inventor and celebrity tattoo artist Mario Barth found, pursued and excelled in his passion – but he is also dedicated to the endless pursuit of transforming the very industry that he’s embedded in, for the better.

One of the ultimate aspirations in life for an individual is to pursue their true passion and be able to practice it every day. An added bonus comes when that passion not only becomes a way to make a living, but consumes your life in a positive way and gives you an individual purpose.

Not only has entrepreneur, inventor and celebrity tattoo artist Mario Barth found, pursued and excelled in his passion – but he is also dedicated to the endless pursuit of transforming the very industry that he’s embedded in, for the better.

A native of Austria, Barth began his career practicing his craft tattooing friends in his homeland, where tattooing was not only taboo, but also widely prohibited. He continued to work his way through the underground Austrian scene until he was 18 and able to travel to other countries, seeking out official tattoo businesses in an effort to satisfy his curiosity about the inner workings of the industry.

In 1987, Barth traveled to Orlando, where he learned how the tattoo industry operated in the United States. He was struck by the potential that his passion truly had in this country.

He returned to Austria and approached the government in an effort to get a permit for tattooing. After being denied outright, he hired an attorney.

“My thoughts were, ‘I’m an artist, and want to pursue this career professionally. I don’t want to do it underground and I want to have control.’ … It took me two years to change the law, but when I did, I opened the first legal tattoo studio in the country,” Barth says. “From that point on, I have been on the same path. … I purposely try to open my businesses where tattooing is prohibited.”

Barth has since moved back to the US and eventually settled down in New Jersey where his tattoo enterprise truly kicked off. He began by opening several successful shops across the state, including the current headquarters of Starlight Tattoo based in Rochelle Park. Barth even has his own brand of ink – Intenze Tattoo Ink – with a warehouse in Hackensack. Now, his studios span the country, and even the world. Some of Barth’s celebrity clients include Sylvester Stallone, Usher, Ja Rule, Tommy Lee, David Diehl, Jason Derulo and Lenny Kravitz.

Barth describes the progress and perception of the tattoo industry as a fragile glass, having come a long way since the early days, but still fighting to be accepted and appreciated in society for what the craft truly is.

He has also made it a point to change the behavior inside the industry, altering the mindset of artists to behave in a way that legitimizes the industry in the outsider’s eyes. Barth’s company is one of the rare tattoo companies in the country to offer its employees 401(k) and retirement plans.

“I just really believe in what I do,” he says. “It’s a massive responsibility for a tattoo artist to really sit down and understand what is going to happen in the next few hours when that tool is in their hand. … It’s a gift that a client gives you their skin and lets you change it for the rest of their life. It’s a gift and privilege. It is not just a job.”