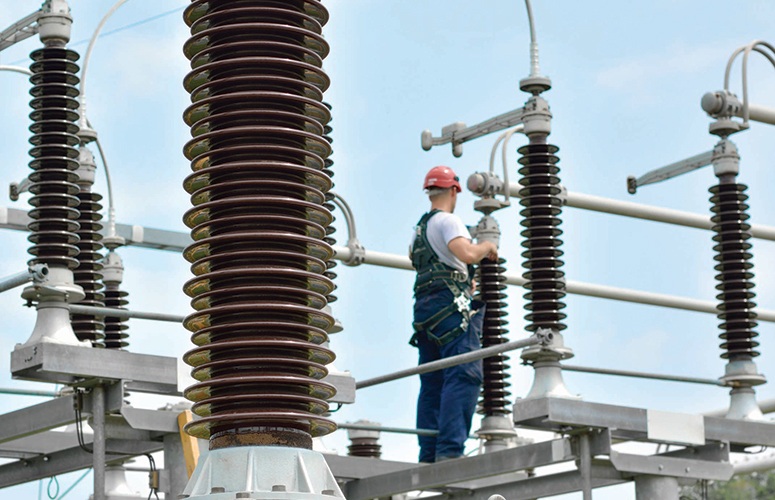 Since Superstorm Sandy, billions of dollars are being spent every year by New Jersey energy providers to make sure companies, small and large, are not left in the dark.

While there are many factors a business should consider when searching for a state where it can relocate, one often taken-for-granted item – but perhaps the most essential – is the utility infrastructure. Will there be sufficient and dependable power (electric, natural gas, nuclear and, yes, wind and solar) to run day-to-day operations? As many New Jerseyans remember, this all came into question during Superstorm Sandy when the majority of the state was without power for more than a week.

Almost six and a half years after Sandy, New Jersey’s utilities have been spending billions of dollars strengthening their energy infrastructure to enhance resiliency and reliability that Joseph Fiordoliso, president of the New Jersey Board of Public Utilities (BPU) declares to New Jersey Business, “We are one of the most aggressive states in the country in bringing our infrastructure to the most powerful point we can!”

Since the storm and last year’s March nor’easter, the BPU has issued more than 130 edicts to utilities to pursue hardening and enhancement of New Jersey’s energy infrastructure, and … “the utilities have responded,” Fiordoliso says.

From surveys of NJUA members (investor-owned utilities that provide water, wastewater, electric, natural gas and telecommunications services), Hendry says these companies are investing in the neighborhood of $6 billion a year on infrastructure improvements, and significant projects are still in the pipeline and under consideration by the BPU.

“These projects will not only improve reliability, but enable utilities to meet increasing energy capacity needs as new businesses seek to open shop here,” Hendry adds.

Additionally, these projects traditionally result in beneficial economic impacts. “Any economist worth his or her salt will tell you that infrastructure investment is one of the greatest forms of economic stimulus, with one of the highest multiplier effects,” Hendry says. “So there is no question that our investments are critical to the state’s economy.

“A Rutgers University study done a few years ago reported that for every $1 million spent on a utility project, roughly $750,000 of gross state product (GSP) is created. With the $6 billion per year, you get billions in GSP created by this work,” Hendy adds.

Fiordoliso says there is still much work to be done to continue strengthening and hardening the infrastructure, adding, “We are never going to eliminate power outages, but if we can minimize them, and minimize the length of an outage, then we are moving in the right direction.”

A direction that the state is aggressively moving towards, as announced by Gov. Phil Murphy last May with his signing of the Renewable Energy Bill, is achieving 100 percent clean energy by 2050.

The programs within the bill include:

When asked why a goal of 100 percent clean energy by 2050 is important for New Jersey, Fiordoliso says, “We are looking at a situation where climate change is much more urgent than we thought it was at this juncture. Last year’s United Nation’s report – and even a Whitehouse report – revealed dramatic and traumatic climate changes sooner than we had anticipated.

“So, New Jersey is moving in a positive direction,” Fiordoliso says. “It is too important for us not to achieve this goal. If there is a national emergency, this is it.”

By June of this year, the state will publish a new Energy Master Plan. Fiordoliso says it will be a “roadmap to guide us to the 2050 goal.”

Fiordoliso also says the clean energy initiatives will create jobs. “Whenever an industry is created [or expands], there are ancillary industries … a supply chain if you will … that support that sector where jobs are created. This occurred in our solar industry. In New Jersey, there are more than 7,000 jobs in that sector today, plus industries that are in that supply chain,” he says.

Hendry comments that New Jersey is in the lower range of states in terms of per capita CO2 emissions, largely because of the state’s reliance on non-emitting nuclear energy and cleaner-burning, cost-efficient natural gas. “But it is still critical that we all work towards a cleaner energy future. All businesses benefit from a cleaner environment; working to mitigate the impacts of climate change and the potentially flattening the demand curve, which can help keep per unit energy costs lower,” he says.

“Many of our [member] companies administer and participate in robust energy efficiency programs. These programs will need to become even more robust and aggressive, which means energy savings for customers. After all, the cheapest unit of energy is one that isn’t needed in the first place.”