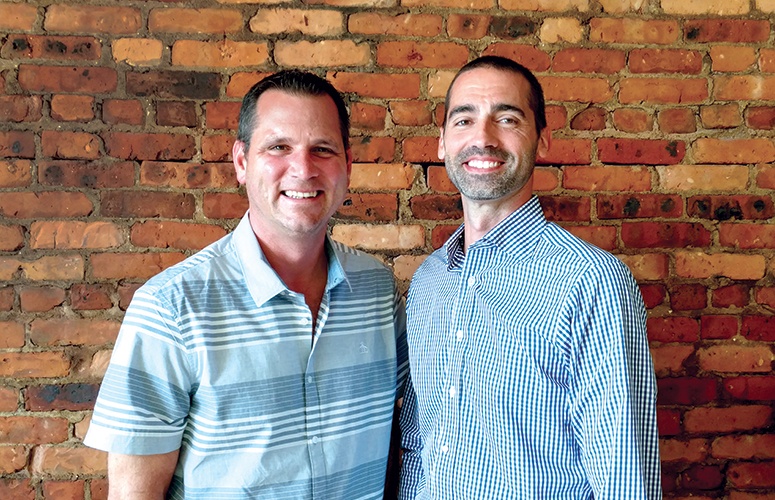 The spitball approach in creative advertising is “sticking” – and extremely successful – at innovative Spitball, a full-service advertising agency that, since its founding in 2007, has grown by double digits each year, with 2018 marking a 40 percent increase in overall business.

Co-founders Anthony Torre and Steve Bailey established the Red Bank-based agency after spending many years – some of them working together – at various ad agencies in the state.

According to Torre, “We worked on big consumer brand accounts. However, life at those agencies wasn’t perfect. Some of the ideas we came up with were either discounted or they just didn’t see the light of day,” Torre recalls. “We were frustrated because the ideas made perfect sense to us.”

The two gradually began working together on side projects, meeting in the evenings and on weekends. By 2007, it was time to register Spitball as an LLC. It was at the outset of the Great Recession, which started in December of that year. Bailey remembers, “The early days involved a lot of scraping and clawing at different clients and brands. It was probably the worst time to start a company, but we had faith in ourselves.”

Torre adds, “We didn’t feel the effects of the recession because we had nothing to lose.”

“At that time, clients were looking for different ways to use their resources and we took advantage of that,” Bailey says.

Take advantage they did: Within a few years, the agency went from a having sole Jewish deli as its first client to serving companies and institutions such as iCIMS, Cholula Hot Sauce, Atalanta, Rutgers University Athletics, Unilever, Reckitt Benckiser, Lacoste, AT&T and NJTV, to name a few, with a broad range of services including: branding, advertising, digital, social media, sponsorships and in-house media planning and buying.

Part of the agency’s success stems from taking “deep dives” into their clients and learning thoroughly about their businesses and what makes them tick. Asked what a deep dive entails, Bailey says it ranges from interviewing top-level executives at client companies, or, for example, interviewing scientists who have developed a product to – in the case of Season Brand sardines – conducting a sardine taste test with staff members.

The formula is working as Spitball has received numerous accolades and industry awards. This summer, for example, the agency took home nine NJ Ad Club Awards, including five first place wins. Throughout the years, the agency has also received Telly Awards for video production, W3 awards for digital media, numerous other NJ Ad Club awards, and it has been named on Inc. 5000’s fastest growing, privately-held companies list.

Bailey credits the agency’s continued success to “sheer hard work. We started this agency with relationships and that is what we continue to pride ourselves on.”

Spitball’s long-term outlook is to double its staff size (currently 15), double its office space and triple its revenues. If what’s past is prologue, then Spitball’s staying power will be “sticking” around for quite some time.