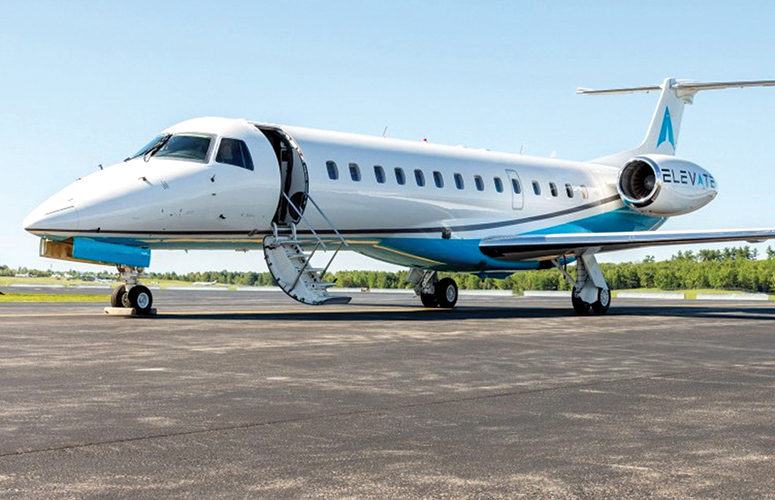 The Atlantic County Economic Alliance is in talks with Elevate Jet for the establishment of an aviation maintenance and repair operation at the Atlantic City International Airport. If it comes to fruition, 200 jobs are expected to be created in the first three years of operation, according to ACEA’s Lauren Moore.
Economic Development

From wind power to aviation and more, the sky is the limit for region’s economy.

According to Marlene Asselta, the current economic climate in Southern New Jersey is “the best it’s ever been” in her 35 years of service as president of the Southern New Jersey Development Council (SNJDC). “We have a strong economy. People are feeling better and when you feel better, you do better,” she says.

However, more in the eight-county region can be done, with Asselta explaining that the economic development process is just that, a “process and not an event,” meaning it can take years for an idea to result in “shovels in the ground” for a new building or infrastructure project.

That said, it seems as if “processes” are starting to bear fruit with major economic development coming to fruition in the region. For example, Asselta points to the Ocean Wind project, the 1,100 MW offshore wind farm 15 miles off the coast of Atlantic City proposed by Danish energy company Ørsted, with support from Public Service Enterprise Group (PSEG). With construction slated to begin this year, the project is expected to create 3,000 direct jobs annually over the three-year construction phase. It is estimated that 15,000 jobs will be created over the life of the project, powering some 500,000 homes and generating $1.17 billion in economic benefits. “I’m not sure folks know just how big this project is,” Asselta tells New Jersey Business.

To learn how South Jersey businesses can benefit from the project, executives from Ørsted North America and the New Jersey Economic Development Authority recently spoke to SNJDC members about how to do business with Ørsted and this growing industry sector.

On the healthcare front, the SNJDC president calls the new 465,000-square-foot Inspira Medical Center Mullica Hill (Gloucester County), “a massive building with an adjoining cancer center that is already kicking off a new wave of medical services in the region.”

Asselta credits South Jersey’s strong economy to elected officials in the region, the rest of the state, and in Trenton who are all working together. “The business community is engaged because they see leadership in government [at all levels],” she says.

By the same token, officials are having a hard time working together on renewed state incentive programs that have sparked an economic revival in the city of Camden, among other areas.

Asselta says the delay in renewing the programs, which at press-time are still being worked on in Trenton, did impact the decision of a number of out-of-state companies not to choose New Jersey as a place in which to locate.

The City of Camden

Kris Kolluri, CEO of Cooper’s Ferry Partnership – the community and economic development nonprofit organization whose mission is to rebuild the city, specifically – says, “There is no doubt that the incentives were a leading driver in helping companies located to the city of Camden. … Right now, we are exposed, as other states are prepared, able and willing to poach our companies. Some of this has already taken place in this period of no tax incentives,” he says.

When discussing overall economic development in the city of Camden, Kolluri says that the “Eds and Meds” sector is playing a major role.

The most recent news here was the October opening of the Joint Health Sciences Center. The 100,000-square-foot building is a partnership between Rowan University, Rutgers University-Camden, Camden County College and Cooper Medical School of Rowan University, which will all work together to conduct research, education and training in the healthcare sector.

Dana Redd, CEO of the Rowan University-Rutgers Camden Board of Governors, says the center will result in “some of the region’s best and brightest scientific minds flocking to Camden. The city will be synonymous with scientific and medical innovation.”

Kolluri says commercial and residential developments are also driving economic growth in the city. On the commercial side, he mentions that some of the largest, global brand-name companies have headquarters in the city: Subaru, America Water, Campbell Soup, Holtec and ResinTech. Overall, he says, “What you are seeing is a diverse pool of companies coming here in ways the city has not seen since the early 20th century.”

Camden City’s unemployment rate is the lowest it’s been in 28 years (reported at 7.6% this past summer). Of this achievement, Kolluri says, “Going back to 1990, Camden never saw the benefit of an economic up cycle. When the economy was in a tailspin like it was in 2008, Camden took it on the chin. Now, for the first time, residents are benefitting materially from a strong job market both here and in the region.”

Looking across to South Jersey’s eastern coast, The Atlantic County Economic Alliance (ACEA) is busy diversifying the industry base in the 672-square-mile region. In fact, ACEA was specifically created for that purpose after the closing of five Atlantic City casinos and the loss of 20,000 related jobs. 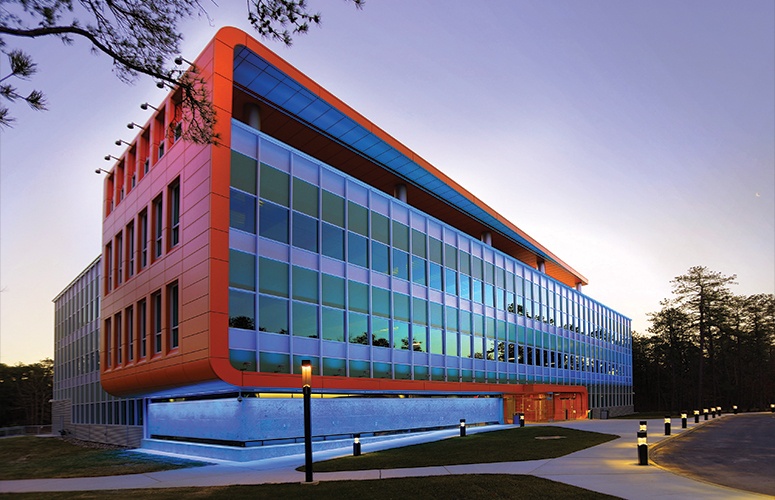 Among the most recent developments in Atlantic County is the opening of the first building at the National Aviation Research and Technology Park (NARTP), which is dedicated to facilitating research and development, innovation and commercialization of emerging aviation technologies. The first of seven planned buildings, the $22-million, 66,000-square-foot structure is fully leased with nine tenants.

Among the most recent developments here, NARTP, which is dedicated to facilitating research and development, innovation and commercialization of emerging aviation technologies, opened the first of seven buildings at the 58-acre parcel this past summer. The $22-million, 66,000-square-foot structure is fully leased with nine tenants, including General Dynamics Information Technology as the anchor, and the creation of 300 high-tech jobs.

The Federal Aviation Administration (FAA) has partnered with the NARTP to attract aviation research companies to the location. Academic partners include Stockton and Rowan universities, New Jersey Institute of Technology, and Atlantic Cape Community College. According to Moore, “We’ve had conversations with the Lockheed Martins, Raytheons, SAICs and Boeings – all the major companies – so that when their scientists come here, they can work with our academic research consortium to push aviation forward.”

As for the FAA Technical Center, Moore explains that “anything that goes into aviation in the US has to be reviewed and approved at this facility. It has 300 subject matter experts and 25 laboratories in 500,000 square feet of space.”

What will also attract companies to the park is a $1.7-million US Economic Development Authority i6 Challenge Grant to accelerate Smart Airport and Unmanned Aircraft System (UAS) technologies at the Atlantic City International Airport. ACEA is working with the National Institute of Aerospace in obtaining the funds. The airport is now a test bed for technology companies working on streamlining airport operations and customer experiences, according to Moore.

Workforce development initiatives are also underway to attract and retain various aviation-related industries to the region. The ACEA is working with Embry-Riddle Aeronautical University to establish an aviation training academy and teach STEM courses at area high schools. Additionally, Moore is hoping to apply for a US EDA grant to fund the construction of an aviation maintenance and repair school to hopefully be operated by Embry-Riddle and Atlantic Cape Community College.

Of course, what we have presented here is just a small snippet of the economic development initiatives being undertaken in Southern New Jersey. Most recently, previous articles on the eight-county region appearing in New Jersey Business have focused on other areas such as casino gaming, sports betting, and esports in Atlantic City, higher education, healthcare and the shipping and logistics industries, for example. There is so much more to discuss, but the main point is that Southern New Jersey’s economic trajectory is “reaching for the sky.”