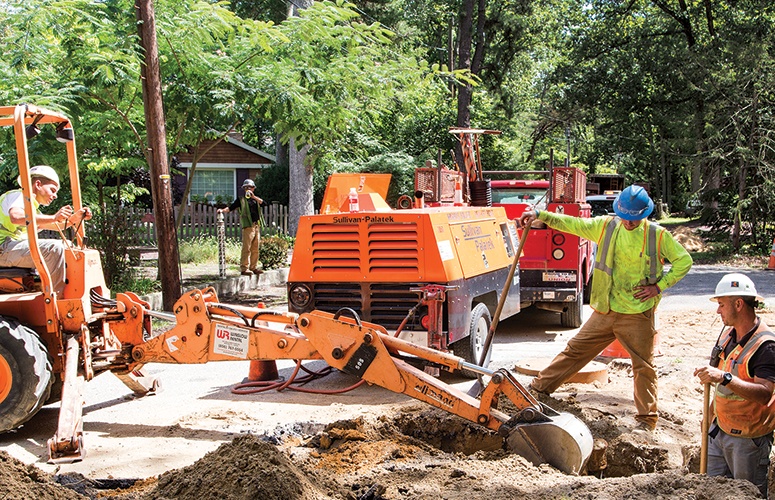 This past summer, South Jersey Industries (SJI) acquired Elizabethtown Gas and Maryland-based Elkton Gas from Pivotal Utility Holdings, Inc., a subsidiary of Southern Company Gas, for $1.7 billion. The deal instantly turned SJI into the second largest natural gas provider in the state with 681,000 customers; 292,000 of which came from Elizabethtown (and 6,000 from Elkton Gas).

Explaining the benefits of the acquisition and the pending infrastructure investments to be made at Elizabethtown and Elkton, is Michael J. Renna, president and CEO of SJI, who tells New Jersey Business that the purchase of the two gas companies follows a strategy shift that SJI made back in 2015. “We changed our focus from being a company that was predominantly growing our non-utility businesses – which made up 40 percent to 45 percent of our earnings prior to 2015 – to focusing on the regulated side of the business, which today represents 75 percent to 80 percent of earnings,” he says.

There were a variety of reasons for the shift in strategy, and Renna explains, “whether it was competition or just changes in the general market, there was less opportunity to grow the non-regulated businesses at the pace they had been growing in the past.”

He adds that shale gas, such as the abundant supply found in the Marcellus region that encompasses parts of New York, Pennsylvania, Ohio, West Virginia and a small segment of Maryland, also had an impact on company strategy, as the abundant supply reduced natural gas prices (50 percent since 2009 according to some estimates), allowing SJI and other gas companies to make significant infrastructure investments and replace aging bare steel and cast iron pipes.

“We have spent the last seven years replacing older mains in our system, and will begin to implement these same initiatives and programs at Elizabethtown and Elkton,” Renna says. “Overall, we will probably spend $1.5 billion over the next three years on infrastructure at our utilities.” He adds that Elizabethtown and Elkton are retaining their names and will continue to operate as stand alone, separate utilities because of the brand equity that exists at both companies.

Renna comments that business and residential customers in the Elizabethtown Gas footprint, which includes segments of Union and Middlesex counties and large parts of Sussex, Warren and Hunterdon counties (more than 3,200 miles of pipeline), will benefit from SJI’s commitment to modernizing its infrastructure, leading to less gas leaks, more pipeline resiliency and an overall more reliable system.

He adds, “We also have made a major commitment throughout SJI, and, in some cases following the lead of Elizabethtown Gas, in improving customer service to deliver an unrivaled customer experience. Having access to knowledgeable, proactive and responsive customer service and sales people is a real added value that we provide that resonates with the business community.”