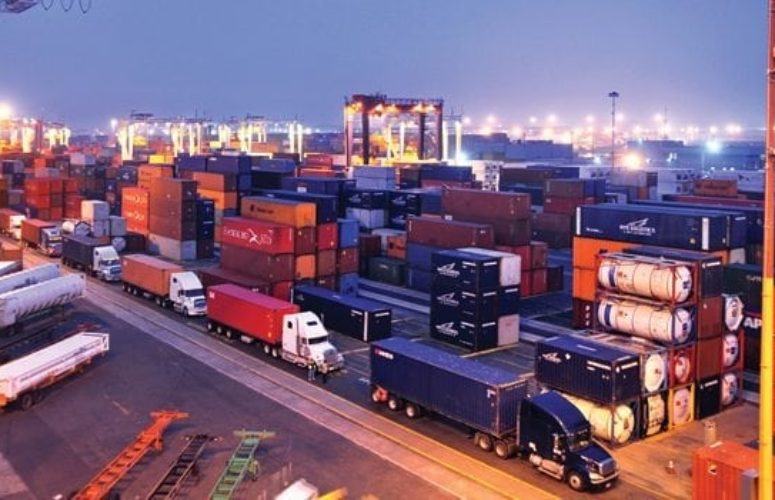 The massive Port of New York and New Jersey serves more than 35 percent of the United States’ population and facilitates the global importing/exporting of products. Via an impressive array of associated ocean vessels, large-scale equipment, longshoremen and land transportation methods, the port handles containerized shipments, bulk/break bulk cargo (“from salt and Belgian block, to juice and edible oils”) and automobile shipments.

In broad terms, the port can assist with international trade for a variety of businesses, but especially from a logistics standpoint: When companies’ warehouses or distribution centers are near the port, this reduces the distance their trucks must travel.

David E. Knee, senior managing director at the commercial real estate firm JLL, elaborates: “Let’s say your company must be near New York City. If you have to travel south [from the port to a distribution center], and then later head back north again, that adds a great deal to your transportation costs. Meanwhile, there is a good labor population in certain [northern] markets such as Elizabeth and Carteret, and that’s an additional advantage [to being close to the port].”

The port’s onsite rail system is also available, which includes ExpressRail and connects to Regional Rails. All-in transit times using the ExpressRail system allow for product to move from Singapore to Cleveland in 24 days, or from Mumbai to Chicago in 22 days, for example.

In New Jersey, advantageous warehouse and distribution center space near the port is limited, and thus submarkets, such as Exit 12 – essentially one turnpike exit from the port – are experiencing warehouse/distribution construction, including speculative product.

State government economic incentives – in concert with market demand – have helped bring projects to fruition. Yet, while real estate projects are now being completed, one must remember they were often set in motion prior to the 2008 recession; it is a coincidence that they are being unveiled as the economy – at least by some measures – is improving.

Knee explains, “Developers have been working on some of these sites in Carteret and Elizabeth for at least five – if not 10 – years. These sites don’t happen overnight: It is not like when you go [south] down to Exit 8A or 7A, and there is farmland without environmental issues. Up here, you could be dealing with brownfields. You could have had an environmental cleanup that took 10 years to complete.

“As we come out [of the recession], the timing is actually fairly good, because demand for [real estate product] has returned. If this work hadn’t been laid out well in advance, we wouldn’t be able to handle any of the market demand.”

While the economy may be largely driving real estate demand, another factor is that port terminal operators are expanding at the Port of New York and New Jersey, and other companies are thus sometimes being nudged off Port Authority-owned property, into new space.

Overall, the port is a growing behemoth, standing as the largest port on the East Coast, the third largest port in the United States by volume, and the second largest in value, according to the New York Shipping Association. President John J. Nardi, says, “The New York Shipping Association commissioned [an economic impact] study to determine how [the] scale and scope [of the port] supports the global shipping network. But, seeing how every one job in our port creates almost nine additional jobs in the region just emphasizes the industry’s impact on regional business and employment.” General highlights of the study show that port operations provide: a total of 296,060 full-time jobs in the region; 165,350 direct jobs; $18.3 billion in personal income; nearly $28.9 billion in business income; and almost $6.1 billion in federal, state and local tax revenues.

In South Jersey, the ports specialize in bulk/break bulk cargo, as opposed to containerized shipments. Cocoa beans, fruit, plywood and thousands of other products generally travel within a 120-mile radius, but can reach as far as Canadian destinations.

Kevin Castagnola, executive director and CEO of the South Jersey Port Corporation, says, “We are basically a bulk and break bulk facility. We handle very few containers. We have our counterparts in North Jersey – The Port Authority of New York and New Jersey – which handle a lot of containers. We wanted to handle other commodities that would supplement and help them (and help the state of New Jersey) create more jobs and opportunities. We don’t want to compete for business within the same state.”

Castagnola cites reduced transportation costs as one advantage for locating at his port, and also notes its railway connections.

He adds, “Obviously, the port is here, and if someone needs to be near a port, they are going to find us. [Our] construction of the new port in Paulsboro helps, because it gives us more facilities and acreage to handle additional businesses. Businesses can build near Paulsboro, or even inside the port, depending on what they are looking to do.”

Whether in northern or southern New Jersey, seaports offer businesses a lifeline to international trade, helping solidify the Garden State’s reputation as a global commerce node. Port trade is akin to an ecosystem comprised of: domestic businesses and consumers; the ports themselves; maritime operators; and – of equal importance – foreign locales, with their own contributing companies and consumer populations. The closer a business is to the ports, the closer it is to both the United States’ and the world’s expanse.

The State of New Jersey elaborates: “Companies operating in a FTZ pay no duties on merchandise imported for manufacturing or assembling, when the final product is exported outside of the United States. Duties are only paid when these products leave the zone for the domestic market. In addition, there are no duties paid on merchandise shipped from one FTZ to another.”

From Helmets to Hardhats