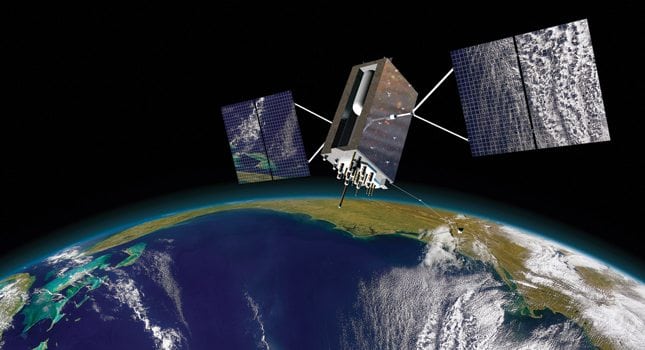 Exelis is building payloads for the next generation of GPS satellites also known as GPS III.

A sampling of the high-tech work being undertaken in New Jersey for the US Military.

The United States prides itself on a high-tech military that can rout our enemies and protect our soldiers, citizens and populations in troubled areas of the globe. Much of the work in developing advanced weapon and defense systems is happening right here in the Garden State, home to a vast array of military contractors.

At the 6,500-acre Picatinny Arsenal in Morris County, 6,000 civilian employees – among them some very talented engineers, scientists, physicists and computer programmers – are busy developing and testing weapon systems for all branches of the military, as the facility is the US Department of Defense’s Joint Center of Excellence for Armaments and Munitions.

Among the various weapons system being developed, tested and enhanced at Picattiny is the M153 Common Remotely Operated Weapons Station (CROWS). This turret system allows a soldier to operate cameras, read sensors and fire weapons while inside an armored vehicle, rather than having his or her upper body exposed through a vehicle hatch and vulnerable to enemy fire.

According to Lieutenant Colonel Paul Alessio, product manager crew served weapons at Picattiny, “This saves soldiers’ lives by keeping them ‘buttoned up,’ as we call it.”

CROWS can accommodate light, medium and heavy machine guns, plus a grenade launcher and grenade machine gun. The operational or control component of the system within the vehicle includes the control grip and flat screen monitors, so the soldier can see what is happening outside via a camera. A thermal camera allows for night vision and a laser measures the distance of a target. A separate green laser is used to grab someone’s attention or to disorient them, rather than firing a weapon. Sensors and ballistic software allows the system to become stabilized while the vehicle is moving for accurate targeting and firing.

Continued work on CROWS involves further system integrations. While the prime contractor of the technology is a Norway-based company, Picattiny was responsible for initial cost schedule performance and field training of the system.

With some 3,850 employees in the state, the majority in Moorestown, Lockheed Martin supports all branches of the military with a variety of combat systems, radar and missile defense technology support. The Moorestown site is focused on the US Navy and Missile Defense Agency. It also houses programs that support the US Army and US Air Force.

Some of the latest projects the company is working on include the Aegis Combat System, the world’s premier naval surface defense system supporting the US Navy and other allied navies. The central component of this system is the SPY-1 radar. Lockheed Martin recently completed the 400th SPY-1 antenna at its Moorestown facility.

Together, Aegis and SPY-1 radar provide the US and allied nations with advanced surveillance, anti-air warfare and missile defense capabilities.

Lockheed employees at the company’s Atlantic City location work on the engineering, development and testing of next generation air traffic control systems for the Federal Aviation Administration.

Employees at its Edison location serve as environmental science experts for the Environmental Protection Agency.

According to company spokesperson, Rashi Ratan, “Our facilities employ some of the brightest and most talented engineers and professionals in the area. Together, they work hard to solve our customer’s most challenging problems and support our national security.”

With operations in Clifton, which was the result of ITT Corporation spinning off its defense business into a publicly traded company, Exelis is a diversified, global aerospace, defense, information and services company that leverages a 50-year legacy to deliver mission-critical solutions to global customers. It services the US Army, the Air Force, the Navy and the intelligence community, special operations and other Department of Defense agencies.

The company has more than 1,000 employees in Clifton, who work in two divisions: Electronic Systems (ES) and Geospatial Systems (GS).

The Clifton ES headquarters is a world-leading supplier of airborne electronic attack and self-protection technology. It is the world’s largest producer of electronic warfare solutions for tactical, strategic and rotary-wing aircraft.

Meanwhile, the Exelis Geospatial Systems business has proven expertise in positioning, navigation and timing and provides high-performance, technically complex and independent systems. For nearly 40 years, Geospatial Systems’ payloads and payload components have been aboard every GPS satellite ever launched, accumulating nearly 700 years of on-orbit life, without a single mission-related failure due to equipment.

The companies and military establishments mentioned in this article are but a small sampling of work being undertaken by the broad array of military contractors throughout New Jersey. All of these companies are on the forefront of providing the latest innovations to our military, whether on land, in the sea, in the air or outer space.