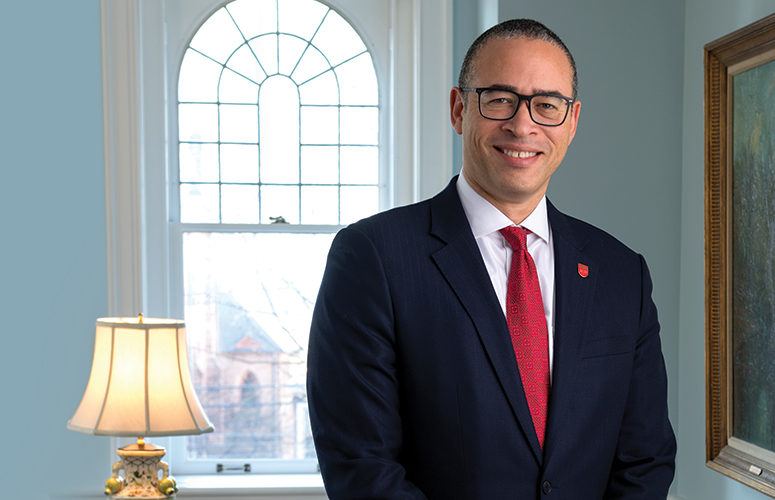 The first day on the job for a president of a major American public university is not easy. There’s an overwhelming amount of information to take in as you’re faced with the challenge of understanding how the institution operates, identifying strengths and weaknesses in various areas, setting goals and formulating a vision and a plan to ensure the long-term success of the school and its community.

When Jonathan Holloway was announced as Rutgers University’s 21st president in January, little did he know that he would be walking into a role where he would not only have to navigate the above challenges, but would also be required to lead his university through a global pandemic.

“It’s no surprise that the presidency I thought I was walking into has changed,” Holloway, who began his tenure as Rutgers president in July, says. “At first, I was a bit sad about that for purely selfish reasons. And then I realized, what a marvelous opportunity we have right now. We have an opportunity to really understand how we can best rise to challenges and best address the needs that are being expressed in society.”

Holloway says that the initial months in his role are about listening, observing and watching how Rutgers already conducts itself.

“How does it address emergencies? How does it address these really complex social problems that are bedeviling society? And, as I look and learn and process, then I’ll be in the place where I can start offering my insights, and my suggestions,” he says.

Holloway, who became the first Black president in Rutgers’ history, says that in addition to rebuilding and repairing through COVID-19, his focus will also be on social justice, adding that he will not shy away from the “uncomfortable conversations that must emerge if we deal with [racial] issues honestly.”

“While I can’t promise you that we will always agree,” he says, “I can assure you that I will always listen to your thoughts with the seriousness and respect that they deserve.”

Holloway has likened a university to a beloved community, and describes Rutgers – one of the most diverse universities in America – as a perfect example of this.

“Everybody is part of this community,” he says. “All of these people together are necessary if Rutgers is going to be smoothly operating and efficient and successful. When you think of a family, not everybody is doing the exact same thing all at the same time. We’re all doing different kinds of things, and Rutgers is like that. I think institutions too often don’t recognize their own complexity, don’t recognize all the different people in their family that are key to making it successful.”