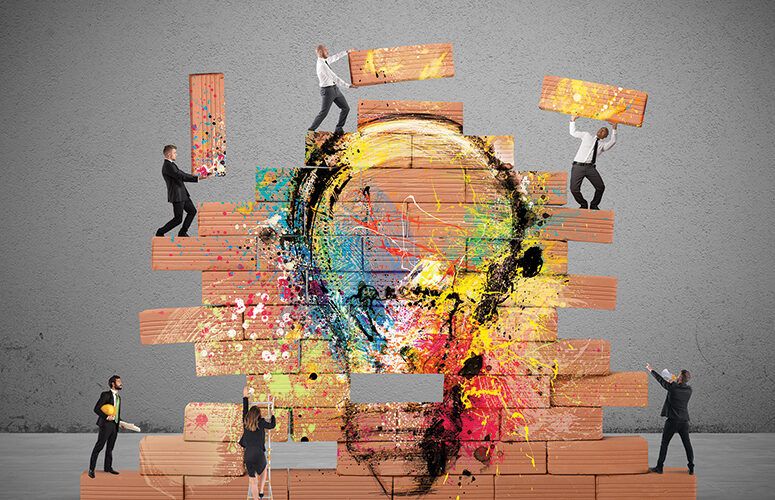 As New Jersey’s economy continues to recover from COVID-19’s impact, Central Jersey’s Einstein’s Alley, a private non-profit economic development initiative designed to foster economic growth, is helping companies prepare for what doing business in the Garden State will look like in the coming years.

Among the organization’s primary initiatives are building an ecosystem of entrepreneurship, promoting the region’s R&D research and development opportunities, encouraging the growth of knowledge-based jobs and services, and helping to support the workforce of the future. Just as important, Einstein’s Alley is committed to promoting sustainable development and livable communities.

“Central New Jersey truly has its own personality, and when we connect with corporations that are considering this region, we talk about things like the talent pool they can find here or the easy access to major airports, but we also talk about the wonderful small towns where employees can live and kids can play soccer and attend great schools,” says Katherine Kish, executive director of Einstein’s Alley and president of MARKET ENTRY, INC., a marketing and business development firm.

“Rush felt we needed to do more to get the word out about Central New Jersey’s assets … especially its talent,” Kish says. “We have more PhDs per capita in New Jersey than any other state in the union, so needless to say, there’s an incredibly high level of talent here.”

Kish notes that changes in the workforce resulting from the pandemic have inspired more people to become interested in pursuing entrepreneurship, and Einstein’s Alley is helping to foster the connections and even the capital that these new businesses will need to get off the ground and help bolster the region’s economy.

“The one thing that entrepreneurs always need is money, so we put our heads together to determine how we could help with that,” Kish says, noting that Einstein’s Alley has helped develop angel investor networks as well as forge partnerships with organizations like BioNJ. “We are all about collaboration, so it seemed a natural fit to help entrepreneurs connect with potential investors and create opportunities to move their business forward.”

Einstein’s Alley strives to be a facilitator of collaboration and innovation, from hosting conferences and circulating newsletters to serving on various workforce development boards. Kish notes that universities are also becoming increasingly involved in partnership opportunities to help support aspiring entrepreneurs who can successfully turn ideas born in the laboratory into lucrative businesses. “From the New Jersey Institute of Technology and Stevens Institute of Technology to Princeton and Rowan universities, we have a lot of academic horsepower here in Central Jersey, and we want all kinds of corporations to be able to see the incredible resources they can tap into here,” she says.

Dr. Nicholas Montalto, president of Diversity Dynamics, was one of the leaders who partnered with Einstein’s Alley in his efforts to grow a newly formed coalition of state business groups committed to bipartisan immigration. He now serves as chair of the New Jersey Business Immigration Coalition, which consists of influential business groups in the state, including the New Jersey Business & Industry Association (NJBIA) and regional and ethnic chambers of commerce, and grew out of Einstein’s Alley’s immigration and employment task force. It is committed to promoting lawful immigration as a powerful tool for economic recovery and growth, as well as helping to achieve sensible and evidence-based immigration reform.

“Both political parties used to be able to come together and support various immigration policies and efforts over the years, and we’re trying to help return this issue to the way it was before it became so politicized,” Dr. Montalto explains. “One of the primary goals of our coalition is the connection between sound immigration policy and the health of the larger economy, not just nationally, but right here in Central Jersey.” He credits Einstein’s Alley with playing a crucial role in the development and success of the coalition.

In addition to areas like immigration reform, Einstein’s Alley is also remaining on the pulse for what lies ahead in terms of the state’s workforce. “It’s very clear to us how important immigrant workers are to the state’s economy. We also keep hearing all this talk about the ‘new normal,’ after the pandemic. We are already seeing a lot of changes that will impact the workforce in the future, including major technological advancements like artificial intelligence,” Kish says. To that end, the organization has developed a Future of Work initiative that continues to prepare local businesses for the changes that will impact the workforce in the years ahead. “We are involved with local workforce development boards to help develop policy, anticipate future workforce needs and predict how things will continue to change and even help promote the types of jobs that are in demand in today’s economy,” says Einstein’s Alley Trustee John E. Gagliano, who is also executive vice president, COO and general counsel of EPS Corporation. “We have seen so many changes that have accelerated a result of the pandemic, such as the increasing numbers of employees becoming fully remote and [the related] commercial real estate implications.”

No matter what lies ahead, Einstein’s Alley and all of the organizations, initiatives and coalitions that it helps support will continue to do their part to advance local businesses and promote Central New Jersey as an attractive place to live and work.

“We’re working hard to create an ecosystem so that Central Jersey starts to develop its own brand. We have as much going on as in places like Silicon Valley and the Research Triangle, just in our own way,” Gagliano concludes. “We have a rich history of innovation, a highly-educated workforce, an array of great companies, and fantastic geography. When you combine that with things like plenty of transportation options, it’s definitely a recipe for success. We are already seeing a lot of changes that will impact the workforce in the future, including major technological advancements like artificial intelligence.”

BioNJ’s CEO Summit Took it Over the Top