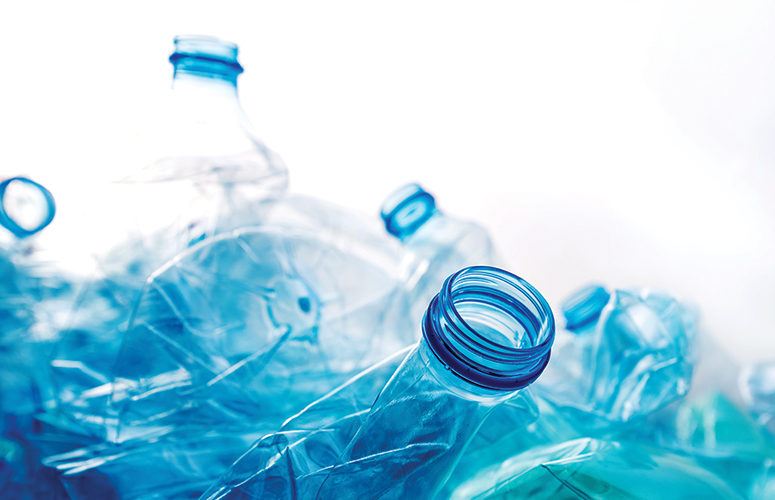 As recycling’s international markets collapse, those from within the industry strive to dispel misconceptions to aid a rebound.

The latest data from the United States Environmental Protection Agency (EPA) shows that the US generated 267.8 million tons of municipal solid waste (MSW) in 2017. According to the EPA, more than 94 million tons of MSW was recycled and composted, putting the national recycling and composting rate at 35.2%.

Comparatively, New Jersey’s total waste stream recycling rate is as high as 60%, according to the New Jersey Department of Environmental Protection (DEP), which is significantly higher than the national rate.

In New Jersey, the recycling and reuse industry employs approximately 27,000 people, and adds nearly $6 billion annually to the state’s economy. In fact, New Jersey was the first state to implement mandatory recycling in certain sectors via the 1987 New Jersey Statewide Mandatory Source Separation and Recycling Act.

Despite the state being a leader in the industry, as a whole, the industry faces difficult challenges. Most notably, what Valerie Montecalvo, president & CEO of Bayshore Recycling, describes as, “a near total collapse of international markets to ship commodities.”

“Most people think of recycling as a relatively straight-forward activity,” she says. “A far more accurate depiction is actually the floor of the New York Stock Exchange. Recycling is a ‘commodities exchange,’ and is a highly competitive and dynamic industry. Prices for recovered materials fluctuate constantly and are influenced, as are stocks, by national and international events, perception and – at times – speculation.”

In 2011, China began cracking down on the receipt of “garbage” being delivered to the country that was marketed as recyclables. While the initial crackdown was not actively enforced, in 2013, China announced “Operation Green Fence,” where as many as 70% of all incoming containers of recycled material were rigorously inspected for contamination.

“Operation Green Sword” came thereafter in 2017, and included a combined prohibitive outthrow rate (roughly defined as the acceptable threshold of “imperfect” recyclable material) of 0.5%, compared to the Institute of Scrap Recycling Industries (ISRI) index of 5%.

“The 0.5% rate is unprecedented in industry history and essentially impossible to achieve,” Montecalvo says.

“In the past, New Jersey municipalities would regularly recycle commingled material at either no-cost or make a healthy profit through the sale of their recyclables,” says Tom Szaky, CEO of TerraCycle. “Now, they consistently lose money with every ton, leaving local taxpayers to foot the bill.”

The net result is an over-supply of material and too little demand for recycled commodities. Montecalvo adds that other Asian markets in India, Malaysia, Indonesia and Vietnam are now following the same path as China and restricting or eliminating imports of recycled material.

“With the collapse of international markets, recyclers have had to expand use of domestic and Canadian markets, which we have done,” she adds.

However, with the economics of the market changing, the fewer remaining markets have demanded higher prices due to lack of sufficient competition in the industry.

“In a nutshell, we were experiencing the worst markets in the history of the recycling industry before the advent of COVID-19,” Montecalvo says.

“As a result, some municipalities are experimenting with a shift back to a dual-stream system, while others have discontinued their recycling programs altogether,” Szaky says.

He adds that some municipalities, like Hoboken, Plainfield and Oakland, for example, are experimenting with switching back to the dual-stream collection that requires the individual to sort paper and cardboard from metals, glass and plastic in the effort to mitigate contamination.

“In the long term, we can expect to see more of the same, with some municipalities doubling down on domestic recycling infrastructure, while others will stop accepting plastic or shutter their recycling programs completely,” Szaky says.

Apart from simply experimenting with dual-stream recycling, New Jersey is attempting to increase consumer education on the state level.

According to Szaky, this past August, the environment committees in the New Jersey State Legislature convened a joint hearing that discussed standardizing education lists which seek to reduce contamination in recyclables, and creating a new market development council that would work to provide economic incentives, like business loans to attract additional end markets, for recyclables.

“A major challenge in recycling is making it less confusing at the community and residential level,” Montecalvo says. “Most counties at this point have ‘recycle right’ campaigns underway to clearly designate what is and isn’t required for recycling. ‘Wishful recycling,’ where homeowners throw nearly everything in the recycling bucket, dramatically increases contamination of the recycling stream and is counterproductive. Most counties have adopted the slogan ‘when in doubt, throw it out.’”

There are dozens of other educational resources available online as well. For example, DEP has a “Recycle Coach” phone app that is tailored for each participating town, advising residents of what is and isn’t recyclable and more.

Bob Frustaci, president and CEO of Premier Compaction Systems, says that while general education around the industry is important, in order to make true fundamental change, it is imperative to really flesh out the “nuts-and-bolts” of how the entire recycling system works.

“[We need to] open up our misconceptions of recycling and think outside the box – and it is a big box,” Frustaci says.

While the current landscape for the industry is rocky, Montecalvo says that the market will bounce back in time.

Montecalvo cites legislation that Governor Murphy signed into law at the end of last year, which creates a dedicated Recycling Market Development Council under the support of the DEP.

The council’s aim is to recommend ways to stimulate demand for recyclable materials, leading to a restoration of domestic markets, and eliminating dependence on those overseas.

“This charge is enormously important to guide the next generation of recycling in New Jersey,” Montecalvo says.

Tinton Falls-based Mazza Recycling is nearing completion of the construction of a single-stream recycling facility in Monmouth County, which will serve the company’s commitment to recover more recyclable material in the county. The 70,000-square-foot, state-of-the-art system will be the first complete positive sorting design on the East Coast.

The facility uses sizing and optical technology to recycle more materials from the stream, and produce products that will have consistent movement in the industry’s increasingly restrictive global market. Mazza says it seeks to not only preserve natural resources, but also to extend the life cycle of plastics, paper, cardboard and metal containers in a world undergoing an environmental crisis.

We believe that it is important to educate the youth on the importance of recycling and the proper items that can be recycled. By investing in this facility and speaking about it in schools and at local community events, we hope to increase awareness about recycling to people who are not handling their recyclable materials properly,” says Christian Morgan, material recovery facility plant manager.

Mazza Recycling also plans to launch the Greener Tomorrow Program shortly after the plant opens. This community-wide initiative will aim to educate students, organizations and residents on the importance of recycling and how to properly recycle. By providing tours of the new plant, and visiting local schools and organizations, Mazza Recycling seeks to serve as a resource for its community. It will facilitate tours and presentations where complex recycling systems are not only explained, but are taught in an effective, safe, and hands-on manner.