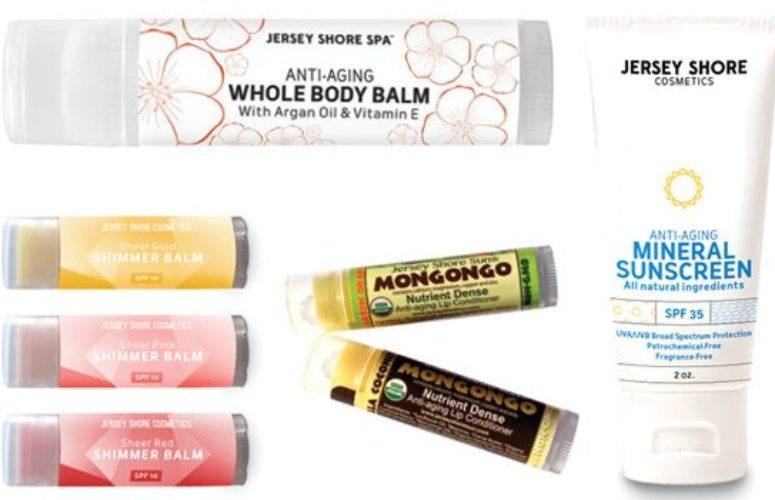 Jacquelyn Quattro grew up in New Jersey’s rural Pinelands, with acres upon acres of countryside surrounding her – a region that defies all known “New Jersey stereotypes” and clichés. After Quattro worked in the beauty industry, she returned to South Jersey and finally realized her long-term dream of starting her own cosmetics firm. Founded in 2010, Marlboro-based Jersey Shore Cosmetics, LLC produces Made-in-the-USA, non-GMO, non-toxic products (free of parabens, sulfates and petrochemicals), and is expanding. Products are manufactured in Branchburg (NJ), Michigan and Colorado.

Quattro tells New Jersey Business, “In the early stages of growing and developing my company, I got so much flak from people making fun of the [company’s] name, to the point where I almost felt like I wanted to change [the name]. But, I was raised on South Jersey farmland. The [media] doesn’t show the farmlands, pinelands, cornfields, tomato fields, farm stands and the lakes. … I was kind of blue, and I felt I needed to change the company’s name. Then, another part of me said, ‘No! Show that something good is coming out of New Jersey. This is where I grew up, this is my name – fight back; push back.’ So, I did. People made fun of [the name], and then they tried the product, and they were like, ‘Oh, because of the name, I had a whole different idea. I am glad I tried it!’”

In fact, the world-famous Livestrong.com named Jersey Shore Cosmetics’ Jersey Kids sunscreen the best all-purpose sunscreen – a feat which can be considered a high honor. Beyond the pure ingredients Quattro uses, it should be noted that she personally creates most of her formulations. She explains, “I create a great deal of the formulas myself, so you are not going to find that in Whole Foods, CVS or the next market.”

To date, Jersey Shore Cosmetics has sold more than 1.4 million units of its Mongongo Organic line. Quattro says, “It’s an aroma with essential oil. … I sat in a room, and I came up with a formula, back and forth – maybe 14 times before I got it where I really wanted it – with my children. You are not going to find that scent [elsewhere]. People have attempted to replicate it, and they haven’t even come close.”

Her niche product line is notable not only for its quality, but for its safety in a world in which no cosmetics manufacturers are required to submit their ingredients to the FDA. Quattro notes, “We have to be really, really tenacious about advocating for the consumer with clean, healthy cosmetics, with good non-toxic ingredients. That’s what we do at Jersey Shore Cosmetics.”

While Jersey Shore Cosmetics is increasingly popular, Quattro has mostly achieved her success on her own, with family and essentially a PR firm and social media manager.

Quattro concludes, “I think about the future all day, every day. Ultimately, I want our brands to be household names.”