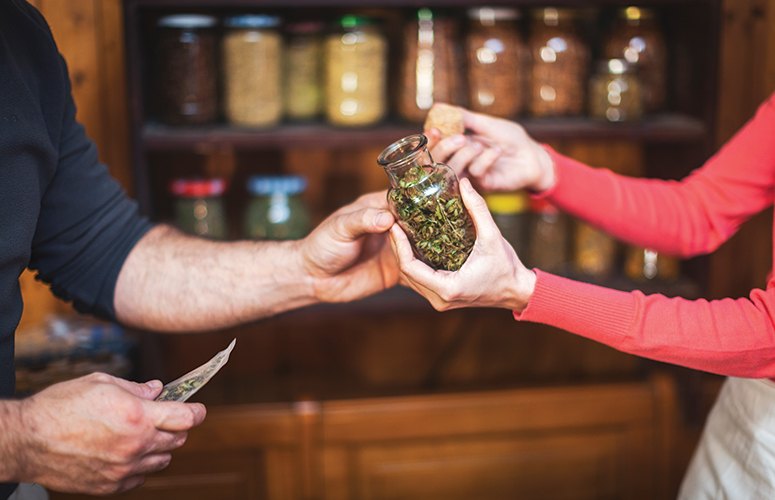 With a potential legalization bill at hand, prospective entrepreneurs can take steps now to prepare.

As the public perception surrounding marijuana use in the United States continues to evolve, prospective entrepreneurs’ visions of owning and operating a recreational cannabis shop, specifically in New Jersey, are closer to reality than ever before.

On March 12, Governor Murphy and legislative leaders agreed on a broad outline for adult-use marijuana legislation. At press-time, there are hopes by the Murphy administration that a bill will pass by March 25.

(Editor’s Note: The New Jersey Legislature cancelled the planned vote to legalize adult-use marijuana on March 25. Top lawmakers previously stated that they would not hold a vote if they could not guarantee enough votes for the bill to pass.)

If the legalization bill is passed, an independent Cannabis Regulatory Commission would promulgate all regulations to govern the industry and would oversee the applications for licensing of adult-use marijuana dispensaries. The commission will be comprised of five members who are yet to be determined at press time.

The number of states where adult-use marijuana is fully legal recreationally in the US currently sits at 10. There are also a total of 33 states (plus the District of Columbia) that currently have some degree of legalized medical marijuana, including New Jersey.

For those looking to get a slice of the impending New Jersey adult-use cannabis market, there are a number of steps that they can take now to position themselves for future success.

According to the New Jersey Department of Health (DOH), the state has more than 42,000 medical marijuana patients, a number that has nearly doubled since Governor Murphy expanded the scope of the state’s medicinal program last year.

“The medical market has significantly expanded under the current Murphy administration. [In fact,] 60 to 70 percent of the New Jersey population already qualifies for medical cannabis,” points out Brian Kiniry, senior vice president of east coast operations for Curaleaf. “Curaleaf continues to work closely with DOH-registered medical practitioners who administer medical cannabis evaluations so qualified patients have access to the proper care. Any patient with a qualifying condition who obtains a certificate from a registered practitioner has access to medical cannabis.”

Bellmawr-based Curaleaf is one of six existing medical marijuana dispensaries in New Jersey, with the others being in Montclair, Secaucus, Egg Harbor, Woodbridge and Cranbury. This past December, DOH selected six additional businesses out of 146 applicants to apply for permits to grow medical marijuana and open new medical dispensaries in the state in an effort to meet the growing demands made possible by the governor’s expansion of the medical program.

“Six very strong applicants were selected, including minority- and women-owned businesses,” DOH Commissioner Shereef Elnahal said in a statement. “We are committed to an equitable expansion of supply to meet growing patient demand, and these new locations will reach patients that currently have to travel longer distances to obtain the therapy.”

Lay the Groundwork for an Application Now

Recreational legalization would also call for prospective companies to submit some type of application for a license to start a cannabis business – a layered process that requires a lot of preparation in a relatively short amount of time.

“The state’s RFP (request for proposal) or RFA (request for application) will outline the requirements for applying for a cannabis license and how the criteria will be scored,” says Cory Waggoner, founder and CEO of Higher Yields Cannabis Consulting. “The state sets a deadline for submittal, and at this point, the [company] has ‘X’ amount of days to find real estate, meet with municipal leaders, find someone with cannabis expertise, register a business, write an operational plan, team up with a doctor or medical program (sometimes a university), build a team, show they have the money to be successful, develop standard operating procedures, create an initial blueprint for the property and educate the state in less than 100 pages on why they should be chosen.”

Waggoner adds that when the state releases its RFP or RFA, you generally have less than one month to prepare what ends up being a “very thorough 500 page document.”

“The earlier you can get started on some of the more problematic and time consuming areas, the better chances you have of submitting a winning application,” he says.

“One of the things that the DOH looked at in particular during the last application period was community support,” says Lee Vartan, co-chair of Chiesa Shahinian & Giantomasi’s Cannabis Law Group. “For example: ‘Do you have letters of support? How are you engaging with the community? Does the community want you there?’ Fundamental, good-neighbor type questions that you can’t answer if you only have a month to respond to an application.”

It is imperative to educate the community where you wish to operate. For example, networking, making connections, and talking to stakeholders and other members of the community about cannabis and what your business will ultimately be doing.

“It takes months to build up support and make local connections to actually be able to write a compelling narrative for an application,” Vartan adds.

Understand What Your Role Will Be

Of course, educating one’s self on the industry is just as important as educating others.

“The key thing to do is to get educated on all of the complexities involved in opening and operating a dispensary,” says Josh Horn, partner and co-chair of the Cannabis Law practice at Fox Rothschild. “Those who are not successful tend to view running a dispensary as no different than running any other business, and that is a fatal mistake. You need to assemble a team of people that have relevant experience and who would be attractive to a regulator when it considers your application.”

Waggoner says that there are a lot of “self-proclaimed cannabis experts” that want to get involved in the industry, but points out that very few actually have the credentials to bring real value to an application.

“We find people from all walks of life in cannabis. Each one is a little bit different and possesses different skill sets,” Waggoner continues. “I think what is important is finding the balance of foundational business experience and cannabis experience. Both are important and without both you have a very low chance of winning any of the permits.”

Additionally, it’s important to differentiate between and understand the various roles involved in a cannabis operation. Knowing what being a processor, grower, retailer, landlord or supplier entails can help to answer questions such as where you may need to be located, or if you possess the requisite skillset or desire to excel in a given role.

“Without any experience, these are two questions that, at the threshold level, if you don’t know the answer to, then you are not ready to figure out the next steps,” he says.

It is important to keep in mind that the use, sale and possession of cannabis containing more than 0.3 percent tetrahydrocannabinol (known as THC, the principle psychoactive constituent of cannabis) is still illegal under federal law. This presents its own set of challenges for a cannabis business, including a tricky relationship with financial institutions.

“Many banks do not want to bank in the space for the fear of being shut down by federal regulators,” Horn says. “This will not change if a state approves cannabis for adult use in addition to medical. With that being said, the Financial Crimes Enforcement Network (FinCEN) has issued guidelines for banks and credit unions who want to provide banking services for medical marijuana companies.”

Horn says that at last count, there were 468 banks/credit unions actively engaged in the space.

“The FinCEN guidelines only applied to companies engaged in medical marijuana, but as a practical matter, banks have been allowing those guidelines for companies in the adult space too,” he continues. “These guidelines, though, impose certain obligations on the banks to serve as something akin to a quasi-oversight authority over the cannabis business. This oversight role creates additional costs for the banks and they then have to pass those costs along to the cannabis business customer.”

At the end of the day, there are still a lot of unanswered questions surrounding legal, recreational cannabis in New Jersey. However, that does not mean that an individual has to wait for legislation to be implemented in order to get started with creating a business.

With more states legalizing marijuana for recreational or medicinal use and studies showing the legal cannabis industry is expected to grow by 230 percent to $32 billion in revenue by 2022, a lot of investors are wondering if there could be investment opportunities, or if all the buzz around the pot craze is just the next “dot com” bust.

While valuations and earnings are concerns, the political and regulatory climate are probably the largest unknowns. On the Federal level, while President Trump’s position on marijuana has evolved (he most recently indicated he could support Federal legalization), a DOJ crackdown could rock the industry, shuttering doors for US companies and causing significant business disruption for Canadian companies operating in the US. On a more local level, many companies have been subjected to probes in political corruption cases. From a technical trading perspective, many of the companies were initially funded by private placements. As the restrictions on those shares are lifted and they hit the open market, it could overwhelm their thinly traded public floats.

While investors can choose individual companies, Exchange Traded Funds (ETFs) are available that are focused on cannabis and can provide a more diversified exposure to companies that are engaged in the legal cultivation, production, and marketing or distribution of cannabis products.

As with all investing, investors should do their research to understand the companies in which they are investing and not make a concentrated investment as a part of their portfolio in any one company or industry.

About the Author: Michael Flower, CFP, is a managing director and partner of Financial Principles, LLC, a HighTower wealth management practice. He has 23 years of experience helping individuals set, achieve and maintain their life goals.

The Cannabis Question: Reality vs. the Haze