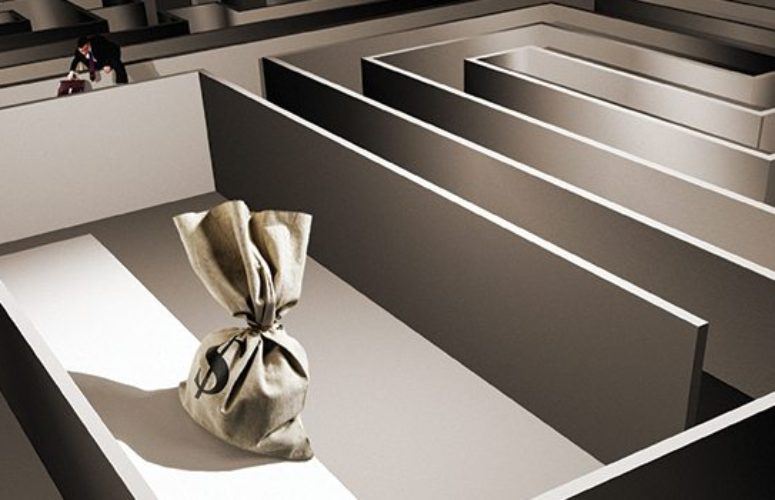 Coping with the federal, state and local rules of employee paid-leave situations.

The actions by a dozen New Jersey municipalities to mandate paid sick leave for those working within their borders has broad ramifications that should have every business in the state taking notice.

Given the big changes that have already affected hundreds of businesses and may some day impact almost everyone statewide, it’s a good idea for owners to examine the entire leave time landscape to ensure they are in conformance with existing laws.

Paid sick time is probably the most common leave that nearly every business encounters. Traditionally established according to the employer’s wishes, the provision of sick time has changed dramatically as a result of the movement to mandate this benefit.

These ordinances may cover more than just the businesses based in the 12 towns. In some cases, employees who spend most of their time in a municipality may also be entitled to the sick days that town’s ordinance requires. For instance, a company based in Newark, but with offices in Trenton, may have to make sure its employees are offered the proper amount of sick time based on the law in effect where they work.

“Employers really need to be aware of these ordinances and make sure their policies align with them,” says Michael Shadiack, partner and chair of the labor and employment law practice group at Connell Foley in Roseland. “We’ve been doing a lot of employee handbook reviews and redrafting.”

Shadiack has also been working with human resources managers on training staff and especially supervisors who must deal with the policy changes on a daily basis.

Nearly every employer could wind up having to deal with a mandated sick leave policy, because of S799, which would impose sick leave provisions statewide. The bill working its way through the Senate would dictate how workers would accrue hours and how many they would be entitled to, that time would carry over from year to year, how soon they could use days and for what reasons.

At the moment, the outlook for a statewide mandate is dim: the Senate and Assembly are at odds over some of the details, but even if the Legislature passes a bill, Gov. Chris Christie is unlikely to sign it. However, the odds get much better for 2018 if a Democrat is elected governor next year.

“I think it’s going to be one of the first bills dealt with in the next legislative session,” Shadiack says.

In the meantime, businesses should determine whether they might already be subject to a sick pay law – an estimated 2 million private-sector workers in New Jersey currently are. If not, it’s important to be aware of additional local ordinances and start preparing to change.

Some employers have established generous paid time off policies, but that won’t matter if they don’t conform to local sick leave laws. Policies that don’t conform to laws, be they local or statewide, could be subject to lawsuits and sanctions.

A typical sick leave policy in the past has covered an employee’s illness, but many of the new local laws cover preventive health check-ups as well, and cover a worker’s need to care for relatives.

“Sick leave used to be just that, for use by an employee who is sick,” says Kelly Ann Bird, director of employment and labor law at Gibbons PC, based in Newark. “Now, the definition has really been expanded, from just your sickness to sickness in your family and to wellness.”

Sick leave mandates also will dictate when employees become eligible to take time off. Once a person has been on staff for 90 days, he or she would begin accruing sick leave under most of these local ordinances, Shadiack says. Additionally, all workers, including part-timers, may be eligible, as the laws typically specify that an employee accrues one hour of sick leave for every 30 hours worked.

It is also important to make sure that a sick leave policy allows workers to bank and carry over unused time from one year to another if an ordinance mandates that, and that employees can use their sick time in the increments specified by an ordinance, which could be less than a day at a time.

Employers can offer sick leave policies that are more generous, but it’s important to be certain that a policy at least meets all legal mandates before determining whether to maintain or broaden one that allows a worker to take more sick days.

Michael Wallace, the New Jersey Business & Industry Association’s (NJBIA) director of Employment and Labor Policy and Federal Affairs, says the new regulations and paperwork will be burdensome for all businesses, particularly smaller ones. The proposed Senate bill also “contains sweeping anti-retaliation provisions that will make it difficult for employers to distinguish between legitimate and illegitimate uses of sick leave, and to discipline employees when appropriate,” he adds.

So far, Bird has seen no complaints or litigation surrounding the sick leave ordinances. But she advises businesses to keep detailed records to prove their compliance in case they are audited. To avoid paying potential penalties, “you’d better have that data,” she adds.

A business that may have switched from days off for specific purposes to a paid time off policy – where a worker can draw from a block of days for sick time, vacation leave and personal days – should be especially careful that its rules comply with any local ordinance, or it might consider separating out sick time to ensure that it does.

The issues related to other common types of leave – family leave and disability leave – are less clear cut.

“Leave issues are the most challenging issues employers address,” Shadiack says. “It’s good to have a human resources professional or outside employment counsel to receive the proper guidance because so many laws have to be taken into consideration.”

The laws governing these have faced fewer changes in recent years. Businesses do need to make sure their policies cover same sex couples in light of the Supreme Court’s 2013 decision striking down the federal Defense of Marriage Act. An exception in New Jersey was the 2013 SAFE Act, which added a new category of guaranteed unpaid leave. Under it, all businesses with at least 25 employees must allow victims of domestic violence or sexual violence and their immediate family members to take 20 days of unpaid leave a year for medical visits, psychological counseling, legal matters and to move to a safe location.

It’s a good idea for businesses to review their leave policies because there are many ways these complex laws can trip up even the best-intentioned employers.

Shadiack says the first important fact to know is that neither family nor disability leave carries a guaranteed payment on its own.

“Employers should think of it as two railroad tracks,” Shadiack says. “Pursuant to what is the employee granted absence? Once on a leave of absence, can the person go on track two and seek an income replacement benefit?”

Typically, a leave to care for a newborn or an ill family member would fall under the federal Family and Medical Leave Act or the New Jersey Family Leave Act. There are some subtle differences between the two. A person seeking time off for his own illness would qualify only under the federal FMLA or Americans with Disabilities Act. Only companies with more than 50 employees must provide leave under the FMLA or NJFLA, while the ADA affects employers with as few as 15 workers. While the ADA does not specifically require that leave be given, it does mandate that employers make reasonable accommodations for employees with disabilities and these can include schedule modifications and time off.

Leave pursuant to the ADA can trip up employers, Bird says, because the law gives no clear direction as to the length of a leave for a disability of indeterminate length.

“Most employers want to have some kind of understanding about when an employee will be coming back,” she says. But sometimes, a doctor will continue to excuse an employee from work several months later. “When can you say, ‘You’ve been out long enough’? It’s tricky for employers. There’s no hard and fast rule. This is where legal advice is really helpful.”

Once a person has been granted a leave, the question becomes whether an employee is entitled to any financial benefit. Those who qualify can receive payment from the New Jersey Family Leave Insurance fund. All workers covered by the state’s unemployment system are eligible for payment if their circumstances meet the criteria of the law – caring for a newborn, adopted child or ill family member. Workers are also eligible if their employer has a private insurance plan.

Similarly, disability benefits are paid when a person has a long-term illness or other disability and is on leave under the FMLA or ADA. As with paid family leave, the rules are similar whether a business is covered by state insurance or a private plan.

Bird notes that some employers provide additional financial benefits to workers on leave, using either “company coffers or a private insurance policy.” Businesses should be clear on what is mandated and what is extra.

“These are tools they use, a benefit that says, ‘We are a good employer; we care about our employees; we want them to get healthy and then come back,’” she says.

There are caveats to all these laws, including how long a person must have worked and how many hours he must have put in before becoming eligible for a leave or payment, and the specific circumstances of each law or fund. So, it is important for employers to be familiar with them.

The typical pregnancy leave is a good example of the intricacies. Typically, women can receive disability benefits for four weeks prior to giving birth and six weeks after for a normal delivery. While still pregnant, the women could use the federal FMLA to take off because it covers an individual’s own disability. After the baby is born, she can use the NJFLA and might be able to get paid from the NJFLI fund.

Bird says intermittent, unplanned leaves can be among the trickiest to handle. An employee may seek FMLA leave on short notice when suffering from a condition that can flare up with little notice – debilitating migraines, for instance.

“It’s hard for employers to monitor these because they can ask only certain questions under the law,” she says.

Because there are situations that don’t fit neatly into the laws, it is a good idea for businesses to consider adopting an unpaid personal medical leave policy. This can cover a worker who is not yet eligible or used up any of the official leaves or, who – in a company with between 15 and 50 employees – would never qualify for those leaves, but still may have to be accommodated under the ADA.

“If this policy is in place, it should address all [necessary points],” Shadiack says. This includes how much time a person can take, whether medical benefits will continue during the leave and who will pay for them, and whether a person will continue to earn longevity or sick leave.

As employers work with employees on these leaves, it is important to communicate regularly and always keep written records in case of litigation.

“It is important to seek counsel because there are so many overlapping laws, and there can be complications,” Shadiack says. “I think a lot of employers think they need an employment lawyer once they are sued. At that point, it’s really too late.”

The Do’s and Don’ts of Company Holiday Parties