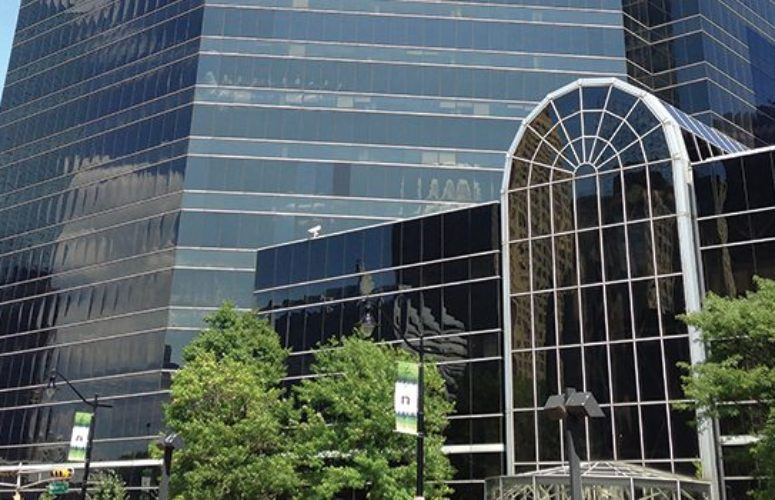 Some positive signs in the state’s office market, but everyone is waiting for solid job growth.

New Jersey’s office market continues to lag other sectors in the post-recession recovery. There are some good signs, but much depends on the submarket. Slow job growth remains a factor, and design trends are having an impact because much of the suburban product, built 30 to 40 years ago, is functionally obsolete, leaving many buildings vacant. That has made the term “stranded asset” part of the commercial real estate language.

Still, some positives are emerging. “There’s steady demand despite the spike in vacancies,” says Curtis Foster, executive vice president of Cushman & Wakefield, East Rutherford. “Demand is trending upward, especially in the urban and transit centers. Companies are looking to relocate, and some large renewals have occurred.”

“The first quarter saw a lot of activity, but mostly renewals or new leases in ‘shadow space,’” says John Obeid, senior director for Colliers International, Parsippany. “We’re seeing a flight to quality – tenants looking for class A space. In the first quarter, approximately 89 percent of all activity was in class A. And while in the past we’ve seen musical chairs within submarkets, a lot of tenants are moving out of submarkets.”

Peter Cocoziello, president/CEO of Advance Realty, Bridgewater, concurs on the flight to quality. “Class A buildings in the best locations are leasing, and they’re getting a few dollars more per square foot. The relative vacancy rate in those buildings is lower than the overall marketplace.”

And the market “still has some apparent headwinds,” says Stephen Jenco, vice president of JLL, East Rutherford. “On a macro level, we have a sluggish job market – for the office market, jobs are really key. The other headwind is there hasn’t been corporate growth.”

The net result? According to Jenco’s figures, the overall vacancy declined to 24.9 percent at year-end 2014, but is again above 25 percent. “Vacancy has been above 25 percent for 14 of the last 20 quarters – the market is stuck in neutral.”

“The overall market has tended to be flat historically, both in terms of availability rate and asking rents, because there is a significant overhang in the market,” says Jeff Hipschman, senior managing director for CBRE, Saddle Brook. Still, when you start dissecting the market, “there are real signs of progress,” he adds, noting net absorption of a positive one million square feet in 2014. “That’s the strongest we’ve seen in five years.”

Tracking the statistics JLL’s figures put Northern New Jersey’s overall class A and B vacancy at 26.4 percent, and 23.6 percent in Central New Jersey. Average rents are $26.13 and $23.68 per square foot, respectively. For South Jersey, the vacancy rate is comparatively better, at 14.4 percent region-wide, according to JLL, with asking rents averaging $21.20.

In terms of submarket, the situation is “spotty.” In North and Central Jersey, the urbanized markets attractive to Millenials “tend to do a little better,” Cocoziello says. But if transit is in the mix, even a suburban market can be performing well, he adds, specifically noting Metropark in Woodbridge.

And in general, “suburban locations doing well are those with a host of amenities that make up for the fact that you can’t walk to places,” says Jerry Barta, vice president of Alfred Sanzari Enterprises, Hackensack, which owns Glenpointe in Teaneck, “which has the amenities, and the convenience, with direct bus transportation to Manhattan.

But, in general, “the suburbs are going through a difficult period, with job growth centered more on transit locations and urban areas,” says Jeffrey Schotz, executive vice president of SJP Properties, Parsippany. “Those are locations that satisfy Millenials. At the same time, corporations are doing with fewer employees.” He notes that his company’s suburban properties have an overall occupancy rate of 82 percent, while its urban properties “are close to 95 leased.”

And the suburbs are home to most of the aforementioned “stranded assets.” “Of the 159 million square feet of leasable class A and B buildings, “about half was developed in the 1980s,” notes Jenco. “The company of the 1980s isn’t coming back – technology has changed and office uses have changed.”

“The densification of newer office buildings is changing dramatically because the worker inside is so portable,” Cocoziello says.

“Relocations are occurring because of densification,” says Foster. “Companies are looking to reshape their workforce with a more collaborative, communicative and functional space. There’s a lot of dysfunctional space out there.”

Just how big of a problem are stranded assets? Planning and research organization PlanSmart NJ aims to find out. The Trenton-based group has launched a study focused on office and retail properties of 100,000 square feet or more.

“Everybody knows about it, but nobody has really quantified the magnitude of the problem,” says executive director Ann Brady. The effort, launched in June, will study existing real estate and demographic data and conduct a national literature review to “identify common constraints and best practices,” and ultimately produce a how-to guidebook for local officials and their advisors.

“We do believe in repurposing these sites,” Brady adds. “These sites are in areas where infrastructure already exists, and it’s a very environmental thing to do because these sites have already been developed.”

In any event, transit in the mix can be a game-changer for a submarket, most people agree. “Drilling down into the more desirable transit, high-amenity markets, we saw a significant amount of activity in 2014,” notes Hipschman, specifically citing the Hudson Waterfront, Metropark and Princeton. In Q1 of 2015, “32 percent of all market activity happened between those three submarkets,” he says, noting that Princeton’s vacancy rate is just 9.4 percent, “well below equilibrium,” the waterfront’s is 16.8 percent, “right at equilibrium,” and Metropark’s is 18.3 percent.

Gus Milano, president of Hartz Mountain Industries, Secaucus, concurs on the Waterfront: “Core buildings are leasing well,” he says noting his company’s 15 Exchange Place in Jersey City is over 90 percent occupied, and he recently signed two additional leases at Lincoln Harbor in Weehawken.

Foster terms the Meadowlands “a unique marketplace.” It does have the transportation, specifically the Secaucus Junction rail station. And in that market, “there has been interest from companies from Edison, Queens, northern Bergen County, and the I-78 corridor. There appears to be more of a reason to be closer to New York City than ever before.”

And the Meadowlands is where New Rochelle, NY-based Rugby Realty made its entry into the New Jersey market, acquiring Cityview Corporate Center in Lyndhurst and 300 Lighting Way in Secaucus. For Cityview, “we acquired the building 60 percent occupied a year and a half ago, and it’s now 100 percent occupied,” says Maurice Ades, principal and managing partner. “And we haven’t owned 300 Lighting Way for a year, and we’ve already signed four new tenants.”

Rugby made another splash recently when it acquired Newark’s Three Gateway Center. When it was acquired earlier this year, it was 35 percent leased, and “it’s already over 50 percent leased, says Ades. Key signings include former tenant Prudential for 200,000 square feet of overflow space (the company is occupying a new tower in Newark), and logistics services provider DB Schenker, which signed a 26,000-square-foot, long-term lease. “And we have a list of 10 prospects we’re talking to,” Ades says.

In terms of new construction statewide, there is little to talk about. The prime project is Prudential’s new tower in Newark, but beyond that, “new construction is virtually non-existent,” says Jenco. “We’re tracking one small project in the Princeton area.”

“For office buildings, you can’t get the financial numbers to work unless you have a build-to-suit that wants to be in the building on a long-term basis,” Cocoziello says.

SJP Properties is one company focused on build-to-suits, according to Schotz. “Because of aging properties, we’re seeing many companies finding the buildings they’re in no longer functional, so they’re looking for different locations.”

On the investment side, “the past few quarters have seen increased activity,” Obeid says. “A lot of these are well-located, value-add buildings.” As an example of how the market is coming back in that respect, he notes that in July, 2013, 1 Campus Drive in Parsippany sold for just $22.15 per square foot. Recently, the nearby 1515 Route 10 “sold for $48.83 per square foot. The value-add is that it’s triple net leased to Intel through December, and the company has already vacated the building.”

One example: Cushman & Wakefield recently completed the $80-million portfolio sale of Harding Plaza and Patriot’s Plaza in Morristown and 100 Southgate Parkway in Morris Twp., a price that factors out to $195 per square foot.

On the leasing side, “we’re encouraged by the amount of requirements in the market today,” says Hipschman. “There were 11 transactions completed for more than 100,000 square feet in 2014, and there are currently 21 tenants in the market with requirements of 100,000 square feet or greater.” Tenant categories include “insurance, pharmaceutical/healthcare, professional services and education.”

“We’re very bullish on the market,” Ades says. “We believe the New Jersey market is a good place to invest.”

Referring to the large deal count, Hipschman views that as “a very positive sign. It’s a very good leading indicator for the New Jersey market going into the rest of the year.”

Still, “we’re going to need some help from the jobs market in terms of demand that’s consistent and accelerating,” Jenco says.

“There’s a very simple calculus to the office market,” Barta says. “Every employee’s tush needs a seat, every seat needs a chair, and every chair needs a desk. If you don’t have the employment, you can’t start the calculation.

“And so goes the office market,” he concludes. “It won’t get better until we figure out how to grow employment – and it’s got to be more than just organic growth of existing companies. We have to figure out how to increase the numerator, or we may have to decrease the denominator–there are a lot of properties that are now functionally obsolete.”