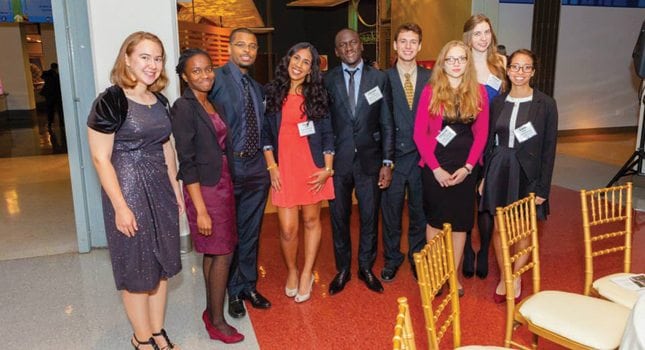 High-technology companies now face a vortex of hurdles, including those surrounding the federal R&D tax credit, patent reform issues, federal small business tax legislation and a dearth of venture capitalists interested in early-stage technology companies. More broadly, while research and development is generally healthy in New Jersey, some R&D – in various industries – has exited the state via well-publicized mergers and consolidations.

Despite these concerns, the sector’s bright spots in New Jersey include the life sciences, a surge in “FinTech” (financial technology) – spawned at least in part by cyber-security worries – as well as a rise in data centers (see associated article on page 38). Additionally, collaboration between academia, industry and government in the Garden State has never been stronger – and the state’s workforce remains highly educated.

Anthony S. Cicatiello, president of the Research & Development Council of New Jersey, underscores the efforts of state government to attract and retain companies. He explains, “What I think is important – and often gets confused in the media – is the fact that New Jersey is open for business, has a [positive] attitude toward business, and has incentives that attract businesses and jobs. Companies feel comfortable in coming here. New Jersey has to compete with states that are a lot less expensive and that have different tax structures. But, there is a feeling that business is welcomed here, and also that we have [state] programs that will make you successful if you do come.”

That said, again, there has been much consolidation in the R&D arena, and in some instances, companies have chosen to conduct research in other locales. Biopharma giant Roche – formerly based in Nutley – is a prime example, as it moved its operations to Europe, San Francisco and New York City.

Cicatiello says, “These things happen. In New Jersey, we have had huge mergers; there is that consolidation. But, what I have seen happen is that oftentimes these mergers spawn a lot of little companies. In New Jersey in particular, we have a very healthy biotech community, and when large mergers occur, people with ideas start pulling themselves together. They are smaller companies, but there are a lot of them here in New Jersey.”

Many biotechs have also been founded due to the sequencing of the human genome, but – overall – New Jersey had just 30 biotechnology companies in 1994, and it now has more than 350.

Painting a mixed view of high technology is Maxine Ballen, president and CEO of the New Jersey Technology Council (NJTC), who says, “There continue to be the challenges with the economy, and that’s why I started off by saying that technology companies are facing a lot of challenges these days. And those challenges are not indigenous to New Jersey, but New Jersey has faced a special set. There’s the impact of Hurricane Sandy, and, separately, the excitement that both New York and Philadelphia have recently engendered. New Jersey is so under-recognized in terms of what we have, here. The last year or so has been frustrating – technology hasn’t had as much support, emphasis, visibility or prioritization, as I would have liked to have seen. And there are lots of reasons for that: No one person, institution or entity should be blamed. But, it has created a bit of an issue for our [technology] companies, in terms of not being able to realize some of the benefits and advantages that I think [New Jersey has to offer].”

There is certainly no lack of activity at NJTC, as it recently held an event titled, “International Opportunities for Mid-Atlantic Technology Companies.” People from 20 nations and from 40 to 50 companies arrived to learn how to do business with each other. A sampling of participating countries included Canada, Germany, Singapore, Finland, Costa Rica, Belgium, Hong Kong and Denmark.

Meanwhile, NJTC’s annual “tech-trek” to Washington occurred in February. Ballen reports, “I had one member say to me: ‘I would have paid $10,000 for this!’ I set up meetings with almost every one of our elected officials. Our members had a chance to meet personally with these people in small groups, and to talk about what can be done on the federal level to help ameliorate some of the issues and the challenges they are facing.”

Kim Case, executive director at the Research & Development Council of New Jersey, says, “Something the council has been very passionate about is STEM education, and it has been for quite some time. We launched our Governor’s STEM Scholars program last year, and that seeks to bring together 50 of the best and brightest students in the state, in grades 10 through Ph.D. It introduces them to STEM professionals, creates an extraordinary STEM network in the state, and really showcases the industry in New Jersey – its academic and professional opportunities. Our first class of scholars is going to start [this year]. It’s the only program of its kind in the country in which the public and private sectors come together to say that it is important to introduce students to STEM. It is not just solely about them being interested and passionate about STEM – which is critical. But, because there are so many great things in this state, and because we think that New Jersey has so much to offer in STEM, we want to bring these students to various research facilities throughout the state. We want to show them professionals in STEM who are passionate about their jobs, and who are really creating changes, and having transformative impacts on STEM in the country, and internationally. This is something I think is going to be a legacy for the council.”

In the short-term, portions of New Jersey’s high-tech and overall research and development communities may be enduring at least some hardship. But, on the whole, the present and future appear encouraging for New Jersey innovation. The R&D Council’s Cicatiello concludes, “I think New Jersey has to look far into the future, not just in the next few years. One of the key things it has to constantly examine is its power and transportation infrastructures. See, New Jersey has it all, in that it has access to two of the biggest cities in the world. It has all that those cities provide, in terms of entertainment and sports and everything [else]. It has the shore. It also has country living in close proximity. Infrastructure is going to be key if you are going to attract and keep companies here. They are going to have to be able to plug in their computers wherever they can and get them working. New Jersey has always been a good foundation of the technological and telecommunications world. And I think it is going to continue. If New Jersey keeps focused on its infrastructure and the incentive programs to retain businesses, I think R&D will be here for a long time.”