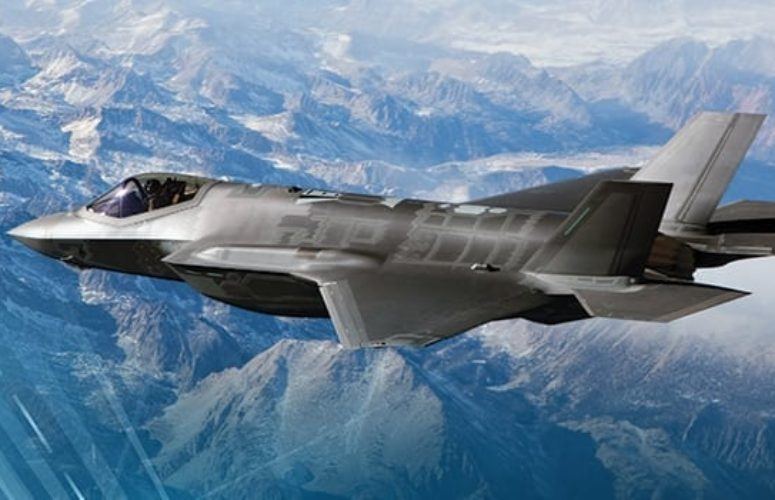 Harris Corporation has delivered more than one million avionics components to Lockheed Martin for the F-35 Lightning II, the world’s most advanced multi-role fighter aircraft.

This past March, the Trump administration approved and signed a bill that increases US defense spending by $80 billion to an all-time high of $700 billion. In 2019, the Pentagon budget will rise again, to $719 billion. These spending increases will have a direct effect on the military defense industry and business being conducted in our state, as New Jersey is home, or second home, to a host of the leading military defense contractors in the world, operating throughout the state from various campuses. The following article details those top companies.

Harris Corporation is one of the largest defense contractors in New Jersey, and home to the Harris Electronic Warfare component of its business, which is an integral part of its Electronic Systems program. The Garden State is also home to the Positioning, Navigation and Timing (PNT) sector of its business, which is part of its Space and Intelligence Systems (SIS) division. The PNT business is the navigation systems supplier for the US GPS satellite constellation. It also supports the ground system that will support the next-generation GPS III satellites (produced and launched into orbit by Lockheed Martin).

Harris is now the largest defense contractor in Northern New Jersey, where it conducts its Electronic Systems and Space Intelligence Systems operations, from its more than 700,000-square-foot office, laboratory and manufacturing space in Clifton, where business is handled by its 1,100 employees there.

Harris Corporations’ New Jersey employees support the U.S. Department of Defense, including all branches of the military, international (coalition) military forces, the intelligence community and aerospace and defense prime contractors.

In terms of its electronic warfare technology, Harris’ Clifton office plays a key role in developing advanced products and systems via its Airborne Electronic Warfare program, which protects aircrews on bombers, fighters and rotary aircraft with sophisticated sensor fusion for multi-spectral situational awareness as well as internal and podded self-protect/jamming capabilities. These intelligence-gathering systems help aviators understand the threat landscape in order to detect, avoid and defeat threats at every level of engagement.

Harris technology is also proud to be at the heart of one of the world’s most relied-upon utilities, the Global Positioning System (GPS). Harris navigation technology has been on every US GPS satellite ever launched, without a single mission-related failure due to Harris’ equipment.

Lockheed Martin Corp.’s Rotary and Mission Systems (RMS) unit was recently awarded an $80-million modification contract for its Multi-Mission Signal Processor; Ballistic Missile Defense Kill Assessment System 5.1; and AEGIS AMOD Upgrade for its DDG-85, DDG-87 and DDG-88 models. The contract was awarded by the Naval Sea Systems Command in Washington, D.C. Operations related to the contract will be performed, among other places, in Moorestown, home to its RMS facilities here in the state.

Lockheed Martin’s Moorestown-New Jersey’s RMS segment provides design, manufacture, service and support for a variety of military and commercial helicopters, ships and submarine missions as well as its unmanned and combat systems. In addition, it also offers simulation and training services. Lockheed’s Aegis Combat System, which is used to detect, track and launch missiles and successfully intercept a Medium Range Ballistic Missile target, is an important “mission” supported by the RMS program which is engaged in Lockheed’s Long Range Discrimination Radar program and conducts operations here in New Jersey.

Marotta Controls has a 75-year successful track record in supporting the global aerospace and defense industry with high-performance controls for mission-critical systems. Established in 1943, the company is a consistently growing, privately held small business with government and commercial clients alike. The firm holds some 200 patents in addition to three quarters of a century in experience. Marotta is a third-generation family-owned business which now operates – with its 280 employees – from its 155,000-square-foot facility situated on a 25-acre site in Montville.

Early on, Marotta’s technological advances gained visibility with aerospace pioneers and led to its selection for fuel control valves on board the Bell X-1 Rocket, flying Chuck Yeager into history as he broke the sound barrier in 1947, for example. The success of the X-1 solidified Marotta as a key player in fluid controls and represented the first of many significant milestones in Marotta’s history including: the first operational rocket, the first intercontinental ballistic missile, the first jetliner, the first nuclear-powered submarine, the deepest diving undersea vehicle, the first Aegis cruiser, and the landing of the Apollo Lunar Module, allowing Neil Armstrong to be the first man to walk on the moon.

That tradition continues today, as Marotta Controls is a key component in Lockheed Martin’s (among others) abilities to create its parts and products. Marotta Controls is a key supplier of components that make up these very parts. Other major players and government entities that rely on Marotta to supply their needs range from Boeing to Northrup Grumman and AIRBUS to SPACEX, and even NASA, to name just some.

BAE Systems is the third-largest military contractor on the globe, constructs most of the United Kingdom’s naval warships, the mass-majority of the U.S. Army’s armored vehicles, and is the leading and largest foreign-based component supplier to the F-35 fighter, the second-to-none combat plane that will ultimately replace an aging tactical aircraft fleet of three U.S. military branches and that of a multitude of allied nations.

BAE designs, develops and produces hardware and software communications solutions for a family of tactical data link systems that are the backbone for US, Allied Nations and coalition forces. In addition, it provides navigation and flight critical avionics, such as low probability of intercept altimeters and Doppler navigation systems, for its customers’ most demanding environments. Its electronic warfare technology delivers superior situational awareness, even in the most complex battlespace. BAE works closely with the U.S. Navy, U.S. Air Force, U.S. Army, Office of Naval Research, and multiple government labs as well as several other defense contractors in the industry.