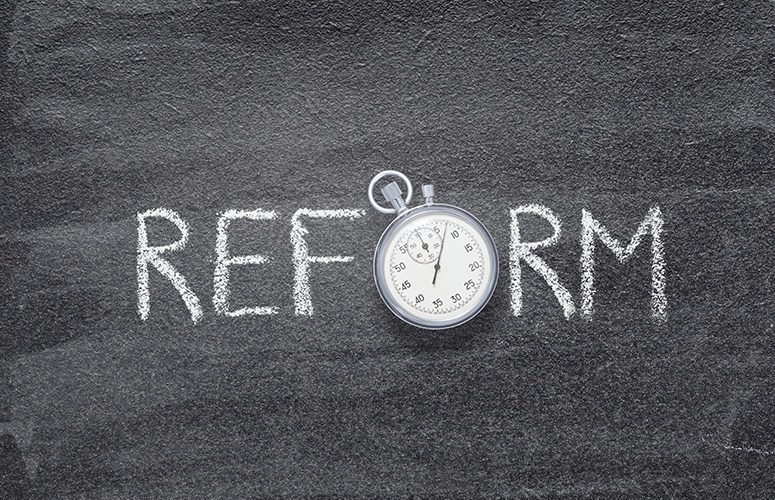 The disappointing conclusion to the FY21 state budget debate, which left New Jersey spending too much, borrowing too much, and taxing too much, offered up one glimmer of hope – the promise of structural reforms in 2021.

Senate President Steve Sweeney and Senate Budget & Appropriations Committee Chairman Paul Sarlo both indicated that as soon as the FY21 budget became law last October, the Legislature had to start working on fiscal reforms for the FY22 state budget. The Legislature had opposed most of Gov. Phil Murphy’s tax increase proposals in recent years, and their acquiescence to taxes he wanted in the FY21 budget came in exchange for some agreement from him on the need for spending reforms to balance future budgets.

In the 2021 state economy that emerges, and hopefully recovers from COVID-19, New Jersey can no longer afford to have the cost of government slow down its economic growth. We cannot continue to be a tax-and-spend outlier and among the most indebted states in the nation. Bringing our taxes, spending and debt down to more reasonable levels will lower the cost of doing business in New Jersey and free up money for investments that stimulate our economy instead of chasing that economic growth away.

So how do we do that?

Our state has an obligation to address our liabilities both by maintaining the responsible increases in our pension payments and reducing overly generous public employee benefits. We also need to address excesses in local government that lead to the highest property taxes in the nation. Senate President Sweeney’s Path to Progress is a roadmap to do that.

New Jersey MUST move to a hybrid pension plan for all new public employees so that new employees would be guaranteed a base pension while removing them from the defined benefit system at higher salaries. This move would also protect pensions for public employees already in the system.

We should also continue to pursue other Path to Progress structural reforms to streamline our government.

These reforms will not cut any spending that will hurt our vulnerable residents or reduce investments in the future economy. They allow New Jersey to run more efficiently and effectively, maintain the services residents care about, and make this state more affordable.

After the FY21 budget was enacted in October, Senate President Sweeney wrote in an op-ed: “Over the next nine months, the responsibility of the Legislature and the governor is to address the long-term fiscal crisis facing our state.” Today, as we begin the 2021 calendar year, there are only six months left until the July 1 deadline for enacting the next budget. The window of opportunity is closing for achieving Senator Sweeney’s laudable goal.

There is still time to accomplish the structural reforms that are needed, but does our Legislature have the political will to finally do it?

Smart Moves in a Market Downturn

TD Economics: Things Are Looking Up, Including Rates