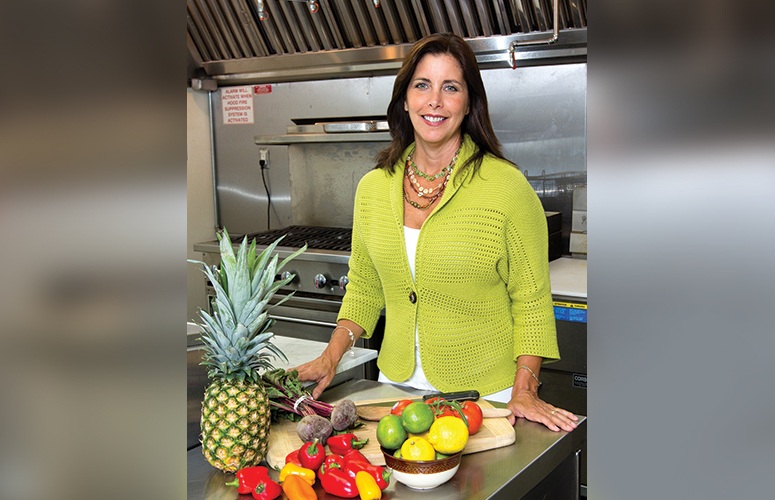 NJRHA’s Halvorsen is Cooking up Solutions

For those who have worked in a kitchen, you understand the chaos that ensues during a dinner rush. New issues seem to pop up everywhere and need to be tended to; there are dozens of moving parts; it’s oftentimes impossible to hear yourself think – yet through all of it, quality dishes emerge and make their way to hungry patrons.

In many ways, the beginning of Marilou Halvorsen’s tenure as president and CEO of the New Jersey Restaurant and Hospitality Association (NJRHA) mirrored that of a popular restaurant’s kitchen, as her first six months leading the association were spent navigating the frantic aftermath of Superstorm Sandy, which hit on her first day on the job.

“It was about figuring out how to protect our industry and how to help people in the state who basically lost everything,” Halvorsen recalls. “My job was to make sure that the industry’s voice was heard here and in the federal government.”

Halvorsen says the restaurant and hospitality industry was able showcase its strength of being a tremendous community partner in the storm’s aftermath, with businesses providing food and shelter to first responders and providing aid where needed.

Eventually, she was able to shift her focus back to the association, which serves as a voice for restaurants and hotels across the state.

However, much like the hurdles that continue pop up in a kitchen during a dinner rush, the industry is still not without its challenges.

Workforce development and retaining educated talent is an area of concern, and Halvorsen says that she gets calls frequently from businesses in the industry looking to fill open positions.

“We are trying to be creative with who we are partnering with to attract a bigger workforce,” she says. “For example, we’re working with the re-entry population and community based organizations that have an at-risk population and educating them and getting them into the job market.”

Another challenge the NJRHA is grappling with is educating legislators and stakeholders on the nuances of its labor intensive industry.

“You can have a technology company make $1 million with just three [employees]. For a restaurant to make $1 million you need 60 or 70 [employees],” says Halvorsen. “It’s certainly different when you are trying to educate people on the struggles of labor intensive industries.

“We love the cultural diversity of the different types of small restaurants we have in the state,” Halvorsen continues, adding that it’s the small, independent businesses that suffer the most at the hands of certain legislations such as an increased minimum wage. Overall, the NJRHA will continue to advocate on behalf of restaurants and hotels in the state, and these businesses will continue to play an important role in our culture.

“Life’s biggest moments are always held in a restaurant,” says Halvorsen. “From birthdays and weddings to christenings and bar mitzvahs – I mean, who doesn’t like food?”