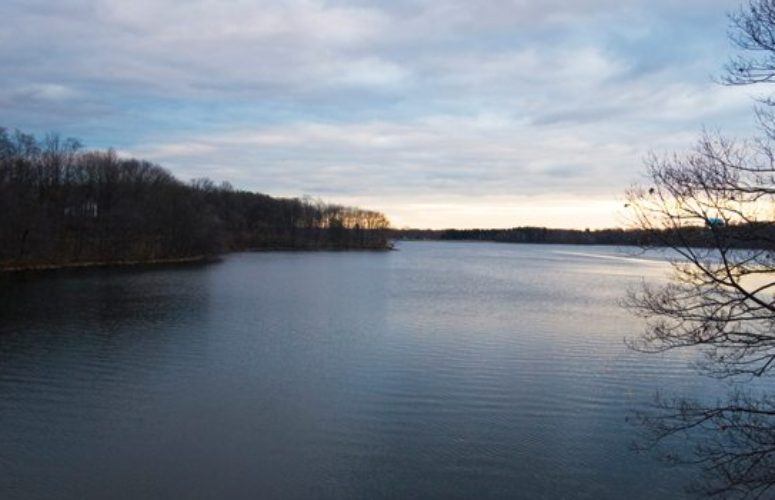 Water is vital to everyone’s well-being. However, upgrading many of New Jersey’s antiquated water systems, at face value, can be a financial burden to local governments. Many towns, in order to keep tax increases at bay (as well as to mollify would-be irate taxpayers and ratepayers) often make continuous small repairs to their sewer, storm or drinking water systems, rather than spend millions to upgrade entire systems.

To David Zimmer, executive director of the New Jersey Environmental Infrastructure Trust (EIT), these repeated quick fixes, in the long run, are more costly than the bigger upgrade projects. The EIT is, therefore, helping towns and public water systems with a variety of low-interest rate loans that currently average 0.624 percent for 20-year terms.

“The one thing I hope people understand is that when you think about replacing an entire system, you can’t just look at the cost of replacement,” Zimmer says. “You have to add back the savings and benefits.” Pointing to a 100-year-old, six-foot-long water pipe segment from Seaside Park that rests in a showcase at the EIT’s Lawrenceville office, Zimmer explains that the town was losing 25 percent of its water through decayed tongue-and-groove connections.

The mayor of Seaside Park, the town council and the administrator realized that with a new upgraded system, the 25 percent loss of money could be used towards the low interest rate debt service of a new system. Additionally, the town wouldn’t have to deal with costly infiltration issues with detrimental minerals seeping into the system.

According to Zimmer, “You could repair the system, not replace it, and save a little cash flow in the short term. But then you would pay 300 percent more to fix the system when it breaks down. You would have people working on it 24/7 and be paying them time and a half. You also would have materials being rushed in, typically from out-of state, so you would be paying expedited freight charges.

“So, the comment I make to all owners and operators of water systems in the state is: When you think what the debt service would be, you have to subtract the expense of emergency repairs and add in the savings from the new service,” he says.

The Camden County Municipal Authority offers another example of the cost savings realized by replacing an entire system. CCMUA received a $56-million loan from the EIT in 2012 for two new sewage pumping stations and 25 miles of new sewer interceptor pipes for a system that treats 80 million gallons of sewage per day. The annual debt service on the loan is $3.7 million.  Borrowing through the EIT produced interest costs savings estimated at just over $1 million per year for ratepayers. “In addition, the project created operating savings from the new, more efficient equipment and increased revenues from additional capacity and flows. The project is cash flow positive for CCMUA because the decreased amount that is owed on the annual debt service due to the low EIT interest rate is actually less than the amount of the operating savings and additional revenues,” Zimmer says.

In fact, by proactively managing its capital plan with the assistance of EIT loans, CCMUA has not had to increase rates for its customers in 17 years. On an inflation-adjusted basis, that equates to a 52 percent cost decrease.

Since its establishment in 1986 as an independent state authority, the EIT has provided over 1,100 loans valued at $6.31 billion. These loans have delivered interest savings of over $2.22 billion to taxpayers and created an estimated 113,000 direct construction jobs.

EIT’s lending programs are funded in part through the issuance of municipal bonds. In addition, EIT’s partner in the lending programs, the New Jersey Department of Environmental Protection (DEP), provides funds through a combination of Federal State Revolving Fund (SRF) capital grants, as well as state matching funds for these SRF grants, state appropriations and any interest earned on these funds.

In the aftermath of Superstorm Sandy, the EIT, along with Governor Christie’s Administration and the State Legislature, introduced the Statewide Assistance Infrastructure Loan Program (SAIL), which provides immediate disaster emergency short-term bridge loans to local communities for the purpose of financing rebuild and resiliency environmental infrastructure projects in a faster and more efficient time frame than private financing.

“We function as a consultant and partner to a municipality and help guide them through the Federal Emergency Management Agency (FEMA) process to provide money in advance of FEMA reimbursements,” Zimmer says. The first SAIL loan to the South Monmouth Regional Sewerage Authority was for $2.3 million at an interest rate of .045 percent. The second SAIL loan to SMRSA was at .0375 percent.

It is rare that the EIT would turn down a project request. “We want to see as many environmental infrastructure projects get done as quickly as possible,” Zimmer says. “We want to make it cost effective for every ratepayer and every taxpayer in the state, and we want to create as many jobs as possible in the process.”

For a full array of its loan products, visit the EIT online at www.njeit.org.