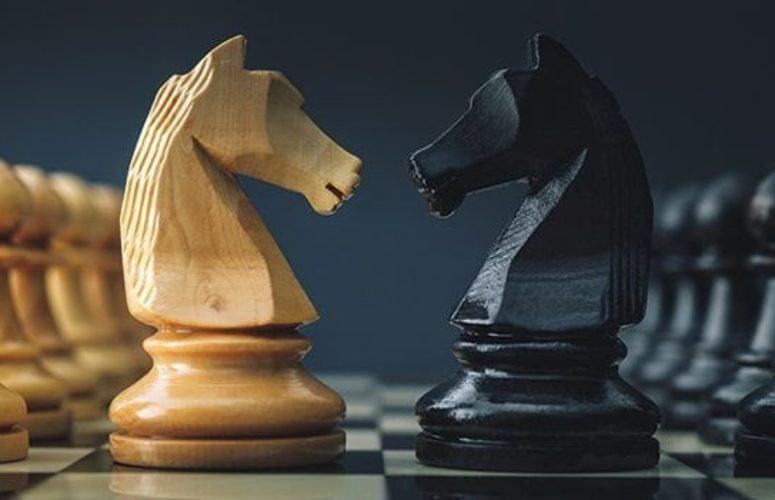 Team of experts to help association develop, review and advise on pro-business policies.

The New Jersey Business & Industry Association (NJBIA) has brought together a team of experts to serve on its newly formed Competitiveness Council advisory board. The council’s mission is to help NJBIA develop and advance policies that increase the state’s long-term economic success.

According to NJBIA President and CEO Michele Siekerka, the association “spends a good amount of time on research and analysis, and when we want to advance a position, we want to ensure that we are challenged on that research and analysis to make sure we have seen all sides of an issue. Therefore, the Competitiveness Council will help vet our research and further discuss, in a broader fashion, the policies, ideas and thoughts we may have in order for us to be problem solvers and bring solutions to the challenges New Jersey faces.

The council members are leaders in their respective fields and bring years of experience and insight to the table.

As of press-time, the Competitiveness Council has met twice, and among the many issues it discussed were the impact of employer mandates such as the $15-an-hour minimum wage proposal, infrastructure investment, tax reforms, and the overall high cost of doing business in New Jersey.

New Jersey Business magazine had the opportunity to talk to a number of the council members to discover their thoughts on some of the issues the state is facing. What follows are their candid views.

On March 13, Gov. Murphy introduced his $37.4 billion fiscal year 2019 budget, which includes $1.7 billion in tax increases coming from initiatives such as: implementing a millionaires tax by increasing the state income tax rate for those earning more than $1 million to 10.75 percent; raising the minimum wage to $15 an hour via a four-year phase in; increasing the sales tax from 6.625 percent to 7 percent; legalizing marijuana, which could generate $80 million in revenues this year; and changing the corporate business tax. It also includes: contributing $3.2 billion into the state workers’ pension system; and increasing the Earned Income Tax Credit (EITC).

Commenting on the budget, Joel Naroff says Gov. Murphy is trying to make much needed investments in the state. For the last 20 years, he says, New Jersey has made minimal funding efforts towards some of its critical needs. Some of this has been due to the policy of “no new taxes.” The governor, Naroff comments, “is saying that if New Jersey’s economy is to grow, it must spend money.”

However, Candy Straight says the governor is not looking at where to save money. She says there is the proposal to raise the state sales tax back to 7 percent; implement a millionaires tax; and increase the minimum wage, but government “has to lower taxes in order for New Jersey to be competitive with businesses in the region.” She says the budget proposal has laudable goals, but she doesn’t know if all of the goals are financeable.

Henry Coleman of the Bloustein School says there are elements in the budget proposal that will prove helpful to the state, adding, “We need to make additional investments, but we have to come up with the resources in order to [pay for] those investments.”

He hopes the governor and legislators will find ways to best deal with taxes so that “they impose the minimal disruption on the state’s economy.”

Regarding the proposed increase of the minimum wage to $15 an hour, most council members agree that if it is implemented gradually, it would not unduly affect the state’s economy.

Byrne says it is difficult to survive in New Jersey on a 2,000-hour work year that pays $15 per hour, which equates to $30,000 annually. “In some way, we have to get there (a higher wage) and gradually is the right path to take. The question is, how much [of increased income] do you provide through increasing the minimum wage, and how much do you provide through the earned income tax credit? I leaned towards doing more through the earned income tax credit,” he says.

Coleman, looking at both sides of the issue, says that increasing the minimum wage to $15 an hour means putting more money into people’s hands, who are going to spend it. “Therefore, it would more likely contribute to a higher demand for goods and services produced by businesses here in the state,” he explains.

“However, it is going to add to the cost structure of a number of businesses because increasing the wage will have an accordion effect in that businesses are going to have to preserve the differential for those workers earning just above the increased minimum wage. So, the reverberation throughout the cost structure for many companies may be significant,” Coleman says.

Meanwhile, Hughes says the impact of a minimum wage increase is linked to where we are in the overall business cycle. “If we are in a recession, an increase would particularly hurt small businesses, which have fixed budgets. Something would have to give if they have to pay higher wages: It could result in limited hours, less hiring and replacing workers with automated technologies,” he says.

Byrne says that in the short term, the millionaires tax can help solve an immediate fiscal crisis in the state, but “it can be counterproductive in the long term.

“Does the state have an unlimited taxing capability?” he asks, referring to the millionaires tax and other levies. “So far, the conventional wisdom is that, it has,” he says.

However, at some point, that will reach its logical limit because people will leave the state. “IRS data shows that we are already losing somewhere between $1.8 billion to $2 billion in adjusted gross income outflow in the state per year, and that money is not coming back,” Byrne says. “So, the [millionaires tax] can stop a fiscal heart attack, but it may cause an economic cancer.”

Taking a different view, Naroff explains that since the top federal income tax rate has been reduced by 8 percent to 9 percent, he reasons that millionaires would still be paying significantly less than they were when they were already living in New Jersey, even if the millionaires tax is implemented. “Why would those people move out?” he asks. “High income people live in the state despite the fact they are paying high taxes to begin with. So, it’s some other factor that is driving the location decision.”

Hughes argues that business owners in the state who do not heavily rely on serving the New Jersey market – such as national or global companies – could locate anywhere in the country. So there is the potential of losing some of those businesses and their CEO millionaires because of the proposed millionaires tax. “It’s not a one-size-fits-all category,” Hughes says.

Mostly all Council members believe in the importance of infrastructure investment, and on this front, the state has received some good news lately. Gov. Murphy, in his budget proposal, is nearly tripling funding for NJ Transit, appropriating an additional $242 million for the agency. He also allocated $2 billion to the state’s Transportation Capital Program for infrastructure repairs. Additionally, $540 million in money in the most recent $1.3 trillion federal spending bill is being earmarked for the Gateway Tunnel project.

According to Richard Bagger, the Gateway Tunnel project for rail infrastructure between Newark and New York City is “enormously important for New Jersey and the entire Northeast Corridor. Proximity to New York City and bi-state mobility in both directions are important for New Jersey businesses and residents alike. The Portal Bridge over the Hackensack River and the Hudson River Tunnel are each single points of failure that would shut down the Northeast Corridor, potentially imperiling 10 percent of the nation’s GDP.”

“The Gateway Tunnel project is critical, no questions about it,” Naroff adds. “Without it, congestion would only build and businesses will look to locate elsewhere at a time when we are becoming a delivery economy vs. a pick-up economy.” He adds that if the $900 million funding, as initially promised by the federal government, doesn’t happen, it will be detrimental to the national economy.

Investment in higher education is also vital, according to council members, and more needs to be done in this arena to stop the flow of high school seniors to other states when they pursue higher learning.

“It’s about keeping highly talented high school graduates in the state; going to public or private institutions of higher education, so that once they are educated, they are available to the business community,” Hughes says. “That is going to require some statewide direction in areas the schools would provide resources for, particularly in high technology: engineering, computer science and the like. Those are the critical skills of the future workforce.”

It has been reported that the state has not been investing enough money into higher education, particularly four-year institutions. Byrne says it’s because higher education is “something that, politically, is easy to cut back on because young people don’t vote. There is little consequence in doing so. Yet, I think it is disastrous for the long-term well-being of the state.”

“The incubator is something we wanted to develop to help strengthen the life sciences ecosystem in the state,” Bagger explains.

Overall, Competitiveness Council members are optimistic about the state’s prospects as a place to conduct business, as long as sensible policies are put in place.

According to Coleman, “I am always hopeful that policy makers will be thoughtful and take the necessary steps to address the many fiscal and economic challenges that confront the state … especially since there are a few land mines out there that we have to prepare for.”

Hughes comments there should be explicit consideration concerning the impacts of public policy on the state’s competitiveness. However, he warns that even when economic models are run on the impact of proposed legislation – and if the models’ results conflict with political preference – “political preference would win.” That is always the case, he says, unless the state is in a “desperate situation.”

Straight says the overall US economic climate is strong, which helps New Jersey, “but we cannot continue to lose our competitive advantage to surrounding states.” She argues strongly for reducing the size of state and local governments, and reducing taxes.

The Competitiveness Council will work closely with NJBIA to create and review the many pro-business policies that emanate from the association in order to assist its members, which represent one-million-plus jobs in the state.

Byrne sees the Council as a sounding board that “can help sharpen the focus on improving the business climate, with members participating in intelligent debates and generating intelligent policies.”

NJBIA: Your Voice in Trenton, Your Partner for Business Success